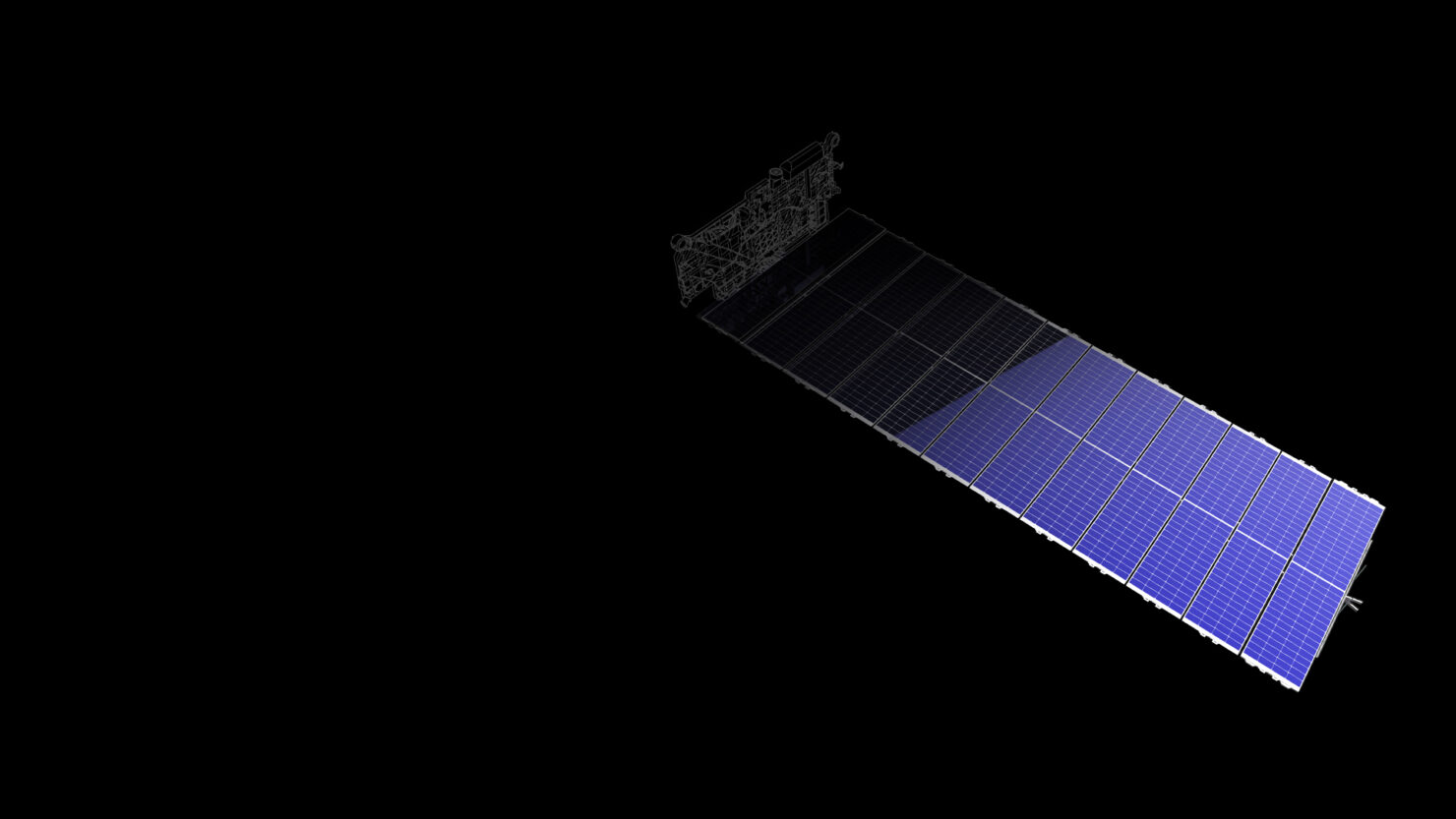 A single Starlink satellite rendered with its solar array deployed. SpaceX launches these satellites in batches of at least 60, and so far the company's constellation consists of more than 500 satellites, with the company's peers arguing with the FCC that constellation size be taken into account when determining regulatory fees for the fiscal year 2020 (FY2020) (Image Credit: SpaceX)

Hawthorne, California based astronautic launch services provider and manufacturer Space Exploration Technologies Corp. (SpaceX) is well on its way to diversify its revenue streams. The fundamental premise behind the company's creation was to bring down the costs of launching payloads to space and low earth orbit (LEO) by reusing first-stage rocket boosters. SpaceX has succeeded in this goal of reusability as it has become the first launch service provider to consistently land its rocket boosters on drone ships – a fact that has injected fresh air into the astronautic industry.

At the same time, the company is also looking to generate non-investor funds for its Starship launch vehicle project. As opposed to SpaceX's current Falcon 9 and Falcon Heavy launch vehicles, Starship's true destinations lie in beyond earth orbit, as the company hopes that the vehicle and its first stage will take crew not only to the lunar but also to the Martian surface.

It intends to partly achieve these funding requirements by selling satellite-based internet services to customers all over the world. This project, dubbed 'Starlink' has deepened SpaceX's dealings with the Federal Communications Commission (FCC), and as the fiscal year reaches its end, the company has filed new comments with the body. These present its viewpoints on the FCC's annual regulatory fee determination and counter those filed by other service providers.

The comments were filed yesterday and it comes in response to the FCC's assessment of regulatory fee for the fiscal year 2020 and comments made by telecommunications service providers based inside and outside the United States.

Service providers, based inside and outside the U.S., have asked the FCC to consider several factors when determining the regulatory fees it charges for providing them with an even playing field for U.S. market access. Non-U.S. based services providers, such as the Australian Internet of Things (IoT) satellite connectivity startup Myriota, have argued that the Commission's international regulatory activities primarily benefit U.S licensed companies, and as a result, these companies should be charged more.

SpaceX through its filing rejects these claims and argues that non-US licensed service providers benefit just as much from the FCC's activities as American companies do. The company argues that by merely being granted access to the American market, the benefits that these international companies reap are higher than any disadvantages to them from the aforementioned regulatory activities. 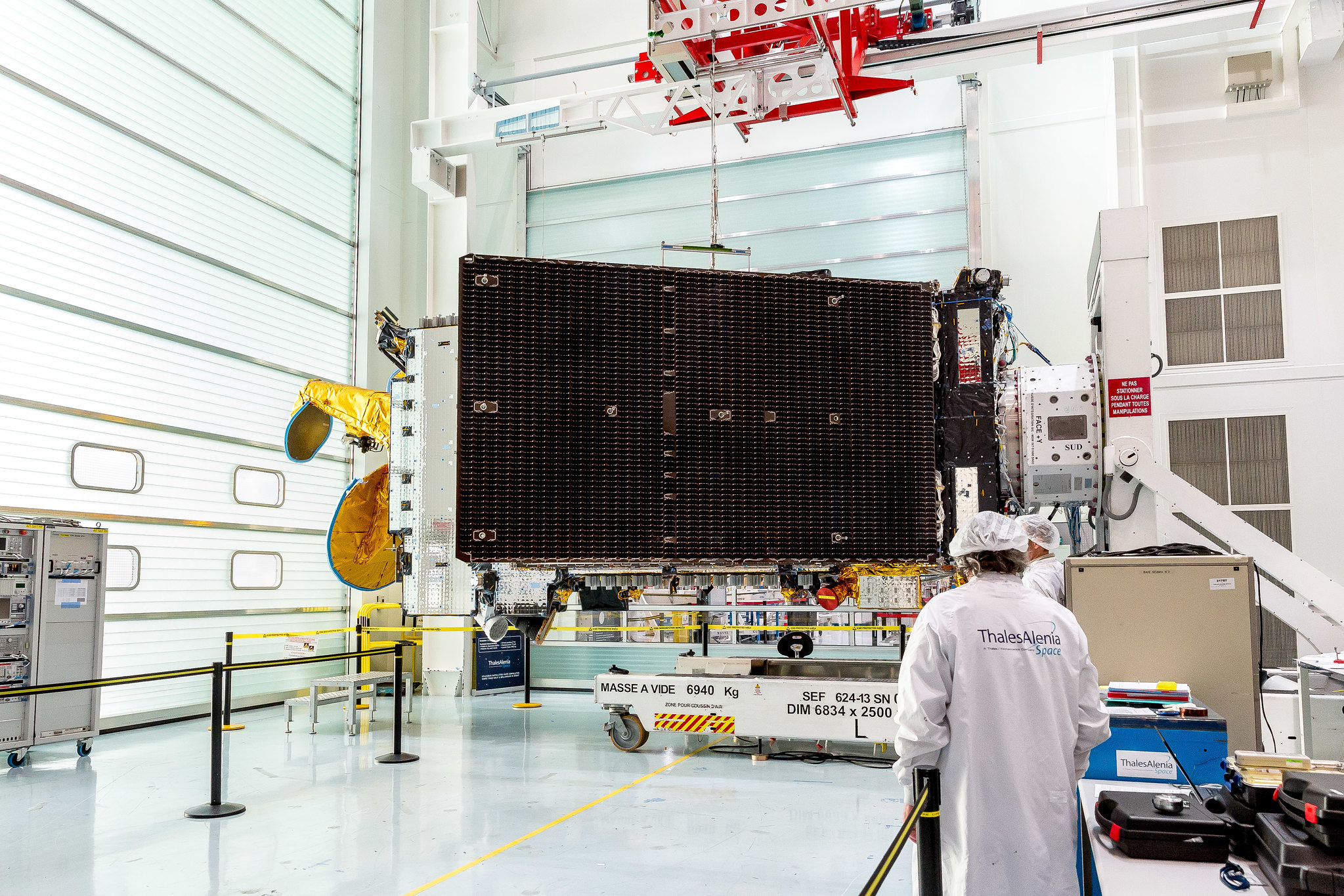 The Eutelsat 8 West B deploying its solar array in 2015. Eutelsat, which is based in France, has joined Myriota in arguing that non-U.S. licensed service providers in North America should pay lower regulatory fees to the Federal Communications Commission. Eutelsat also argues that the size of an operator's NGSO (Non-Geostationary Satellite) constellation should be used as a proxy for fee determination. (Image Credit: Eutelsat)

Additionally, SpaceX also argues that other regulatory efforts by the FCC ensure that interference between service providers' equipment is minimized and that each company has impartial access to the American market regardless of its country of license. SpaceX cites the facts that a significant proportion of NGSO (Non-Geostationary Satellites) processing applicants in 2020 were non-U.S. licensed entities and that these entities enthusiastically participated in the Commission's orbital debris proceedings despite being exempt from participation, as evidence of their belief that that the FCC's activities are beneficial to American and non-American service providers.

The second disagreement that SpaceX has with its competitors is with their insistence that the size of a service provider's satellite constellation is used by the FCC as a criterion for determining regulatory fees. French satellite operator Eutelsat S.A., in particular, has argued before the Commission that the FCC differentiate NGSO satellite constellations based on their size and use this as a determining factor in fee calculation. SpaceX argues that this claim ignores the true burden on FCC resources placed by earth stations, which in the company's opinion is a better metric for calculating FCC resource expension. The company states that Starlink's beam steering and shaping enable the Commission to save resources when determining compatibility.

Finally, SpaceX also requests the FCC to implement a cap on regulatory fee increases for FY 2020. This is due to the fact that the year's fees for NGSO authorizations mark for a staggering 85% year-over-year increase, with the increase carrying the potential to introduce "fee shock" to service providers in SpaceX's opinion.

All-in-all, the filing represents SpaceX's efforts to keep its Starlink constellation safe from industry criticism as it ramps up deployment. Starlink is also at the center of the FCC's $20 billion Rural Digital Opportunity Fund that intends to bring high-speed broadband internet to rural Americans. The FCC disagrees with SpaceX on the fact that Starlink's lack of commercial deployment makes the service a strong contender for government funds, and to that end, SpaceX is working to deploy Starlink services as quickly as it can – as the company also continues to launch NASA, USAF and private sector payloads beyond earth's gravity.