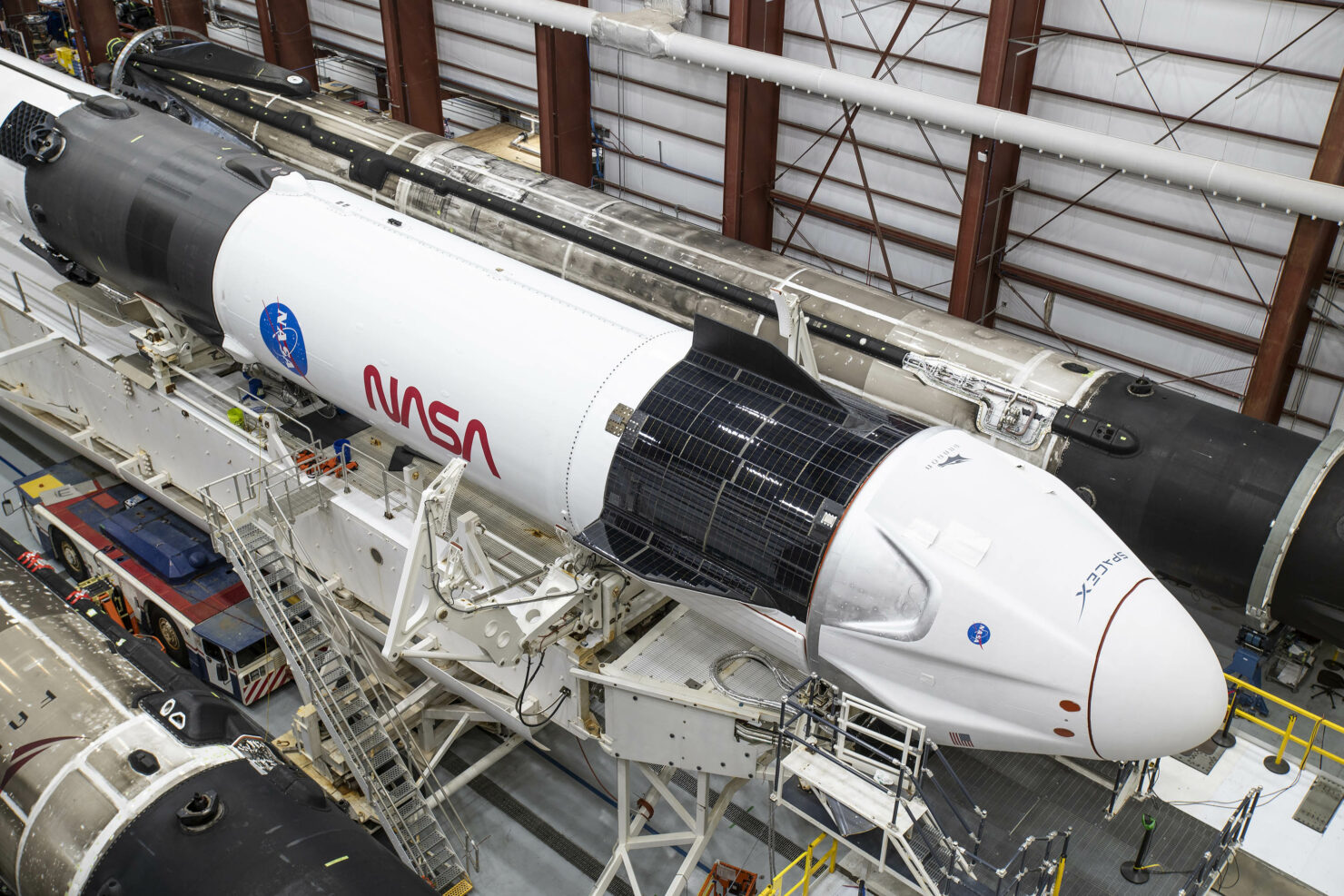 SpaceX's Falcon 9 and Crew Dragon inside the Launch Complex 39A hangar prior to going vertical on the stand. Image: SpaceX

In a blog post and through the Twitter page of its Administrator, the National Aeronautics and Space Administration (NASA) confirmed that the agency and SpaceX were set to launch the first operational American launch to the International Space Station (ISS) this weekend. The pair, whose first manned launch from U.S. soil earlier this year broke a dry spell of nine years, had planned to launch four astronauts under the 'NASA SpaceX Crew-1' mission tomorrow at 19:49 ET. However, NASA also revealed that following the mission's Launch Readiness Review (LRR) the launch is now targeting its backup window of 19:27 ET on Sunday.

The delay came as a result of unfavorable launch conditions that made recovering the Falcon 9 launch vehicle's first stage booster following the Dragon spacecraft's separation. SpaceX recovers its vehicles on drone ships and these have to contend with tricky sea conditions that are affected both by tidal height and wind speeds.

Prior. to today's announcement, weather constraints had indicated that SpaceX and NASA would have to delay the launch due to the aforementioned reasons. In addition to considering whether conditions for booster recovery and winds at the launch site are favorable, the duo also has to keep in mind whether the astronauts will successfully be able to use the Crew Dragon's launch abort system.

This system is designed to propel the astronauts from Falcon 9 while the vehicle is loading its propellant at the launch site and the spacecraft is perched on top. It uses onboard thrusters to jettison the Dragon from the Falcon and provides the astronauts crucial few seconds that they need to escape a potential disaster. 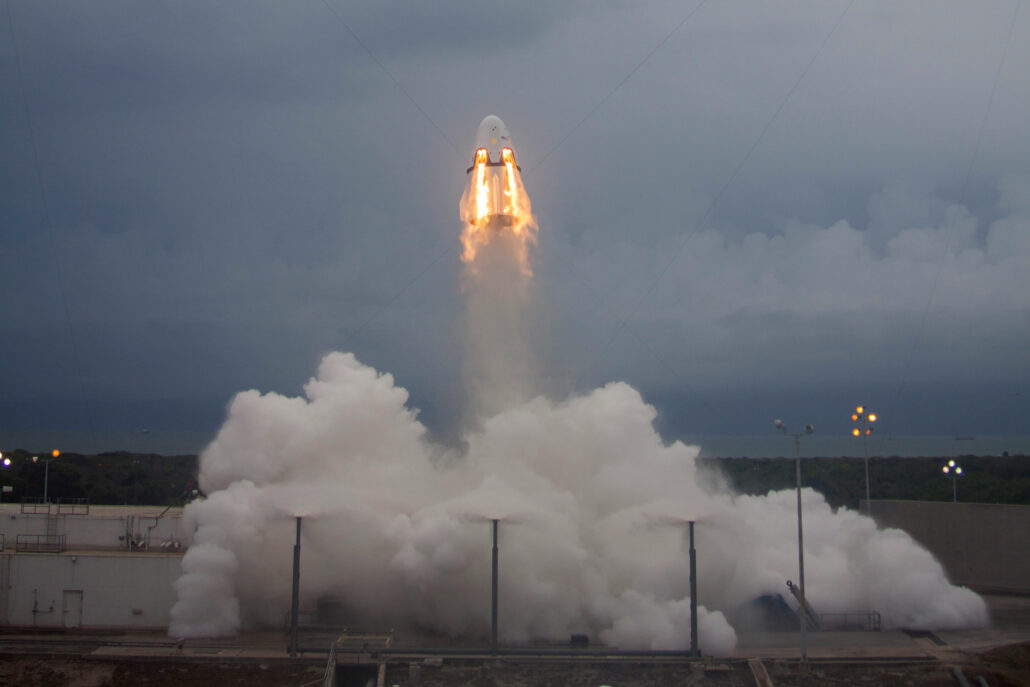 The SpaceX Crew Dragon during a launch pad abort test in 2016. The abort capability lets astronauts 'launch' themselves away from the Falcon 9 rocket in case of an emergency during their wait for lift-off. Image: SpaceX

Sunday's mission will be the first time four astronauts will take to the skies in a SpaceX vehicle. The Crew-1's predecessing flight, DM-2 flew only astronauts Robert Behnken and Douglas Hurley to the space station, with the crew size being kept minimum due to the mission's nature which involved the DRagon's testing by the veteran astronauts. SpaceX's spacecraft has a long road ahead of it as it follows in the steps of NASA's Space Shuttle. The spacecraft, designed and built by the agency itself, flew 133 successful flights to and from the ISS and was fully recoverable.

However, due to their nature, the Shuttle's first stage boosters could not be fully reused and instead had to be reassembled once they had separated from the system and fallen on the Earth's surface. The entire process extended the time frame between launches and increased the costs that NASA would have to incur for each launch.

As opposed to the Shuttle's first stage system, however, SpaceX's Falcon 9 first stage is fully reusable in form - with the entire rocket landing on the company's ships and requiring only an inspection and part replacement before being cleared for another launch. SpaceX's C.E.O. and chief engineer Mr. Elon Musk is a vocal proponent of launch vehicle reusability, with the executive often using harsh words for his competitors whose rockets cannot compare to SpaceX's in terms of reusability. Mr. Musk has compared the absurdity of non-reusable rockets to the possible scenario where commercial aircraft would also be discarded after only a single-use - an analogy that the executive uses to describe the economic inconsistencies of the non-reusable operating model.

Updated on 19:14 ET, originally published November 13, 2020 16:57 ET: In a press conference that followed the LRR, SpaceX's senior director human spaceflight Mr. Benji Reed provided more details about the delay. When questioned by Bill Harwood of CBS on the nature of the weather behind the delay, Mr. Reed replied:

It's fundamentally...this was an issue getting the droneship there in time. The weather was such because of this tropical storm that we couldn't get the droneship to leave in time and get there. And the sea states are such that we just can't get the speed up to get there that we were hoping to to hit the Saturday launch. We were able to leaonve port yesterday, around midday and now we're going to be getting there in time for...plenty of time for a Sunday launch.