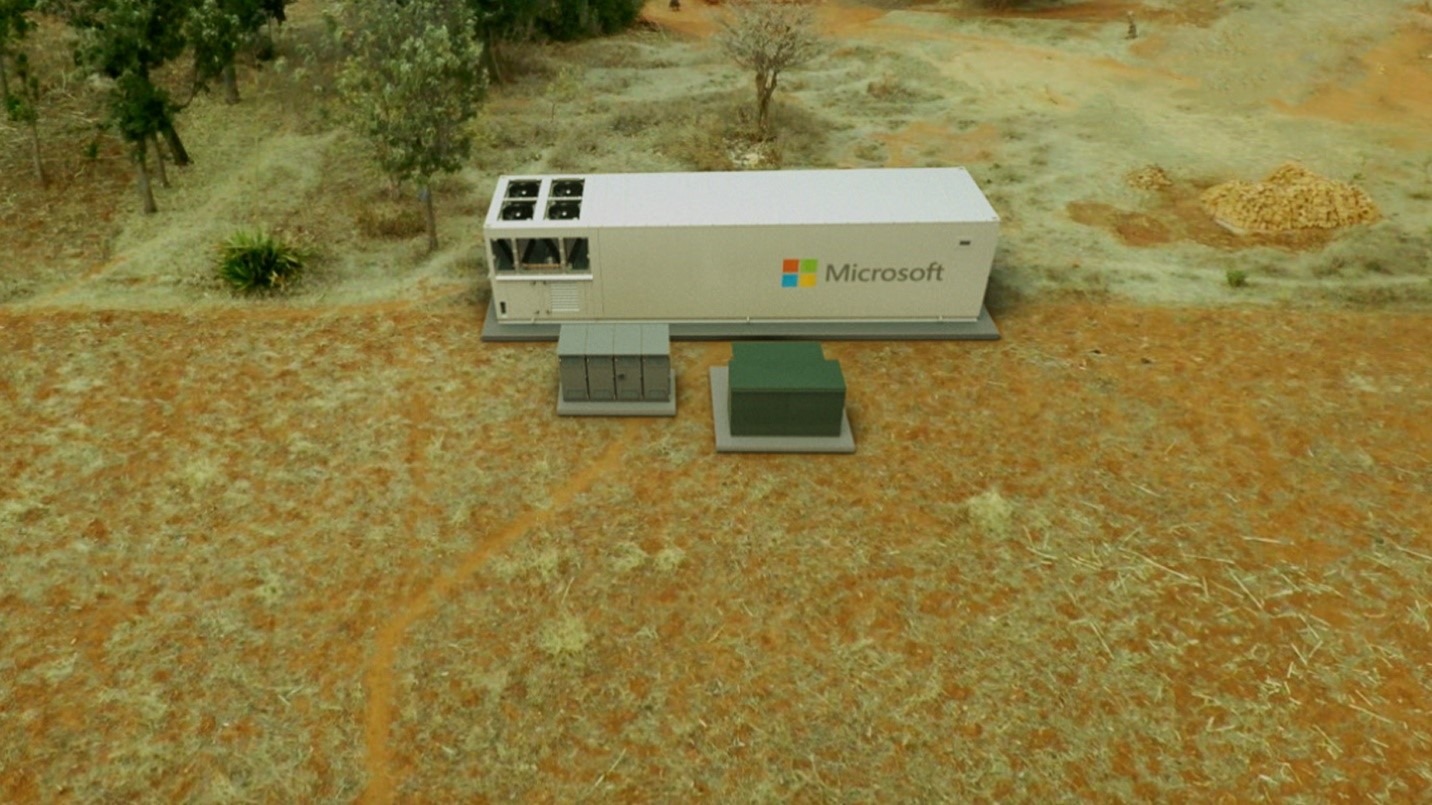 The new initiative is dubbed as Azure Space, and through it, Microsoft has categorized its partnerships with existing satellite operators and ground systems providers in a sub-category of Azure cloud.

SpaceX and Microsoft's partnership in the area will revolve around them partnering up for a new type of Azure datacenter that Microfost launched today alongside its Azure Space announced. This datacenter is dubbed as the Azure Modular Datacenter (MDC), and as the name suggests, it will focus on delivering Microsoft's cloud computing tools to customers that require them in remote, possibly off-grid locations.

MDC will provide corporate and government entities that are operating in far-flung areas with the capability to switch to satellite internet in cases that involve humanitarian, mining and other work types. The MDC will not be a satellite-only datacenter solution since to provide it with satellite connectivity, Microsoft will use a network high availability module.

This will assess the quality of the datacenter's terrestrial network and it will switch traffic to a backup satellite connection in case it detects network disruption. Additionally, Microsoft's customers will also have the option to use a satellite-only variant of the MDC, for potential use in locations where no or poor terrestrial coverage is available.

The MDC will also allow users to connect to their own data centers, run applications on-site or use public or private clouds. It will form the backbone of Microsoft's initiative of providing its datacenter customers with an option for remote facilities. 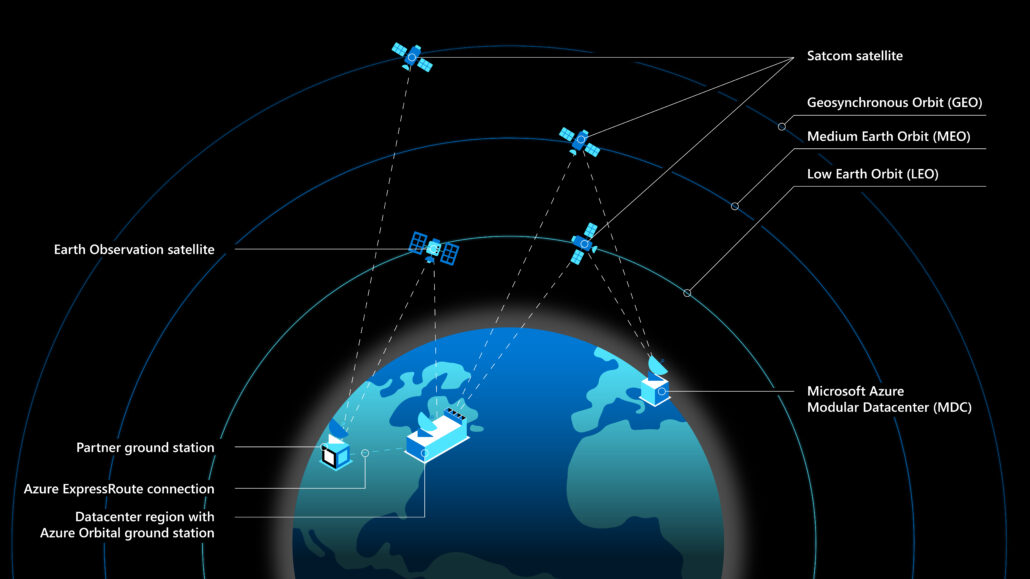 Microsoft's explanatory diagram for Azure Space and MDC shows that the company intends to use satellites operating in three different orbits for connecting the remote datacenter with its and its partners' ground facilities. SpaceX's Starlink satellites orbit in Low Earth Orbit, due to lower latency and easy de-orbiting. Image: Microsoft Corporation

SpaceX's Starlink internet constellation will complete the connectivity link between MDC and Microsoft and its partner ground stations. Microsoft and SpaceX will also partner up for the former's Azure Edge Internet of Things (IoT) devices in the future revealed the cloud services provider today.

Additionally, Microsoft will also join SpaceX in its bid to develop remote sensing satellites for the United States Department of Defense (DoD) for tracking intercontinental ballistic, cruise and hypersonic missiles. SpaceX was awarded the contract earlier this month, in the same timeframe as Russia's latest demonstration of its Zircon hypersonic missile. Following the demonstration, Army Secretary Ryan McCarthy speaking at the U.S. Association of the Army last week stated that an American-made hypersonic missile successfully hit its target within a precise six inches.

SpaceX has been awarded a contract to build four infrared missile tracking satellites as part of the National Defense Space Architecture Program. The satellites are expected to be ready for deployment by 2022, and they will work with another set of 28 transport satellites for tracking airborne vehicles. Microsoft did not provide the precise details of its cooperation with SpaceX on this front, but it's likely that the company's cloud computing platforms (which have already received the Pentagon's blessing) will provide significant 'number crunching' capabilities for the initiative.

In addition to having partnered up with SpaceX, Microsoft has also partnered up with Viasat and SES to provide connectivity to its Azure MDCs. Early MDC units are already being used by private and public sector organizations confirmed the company today.