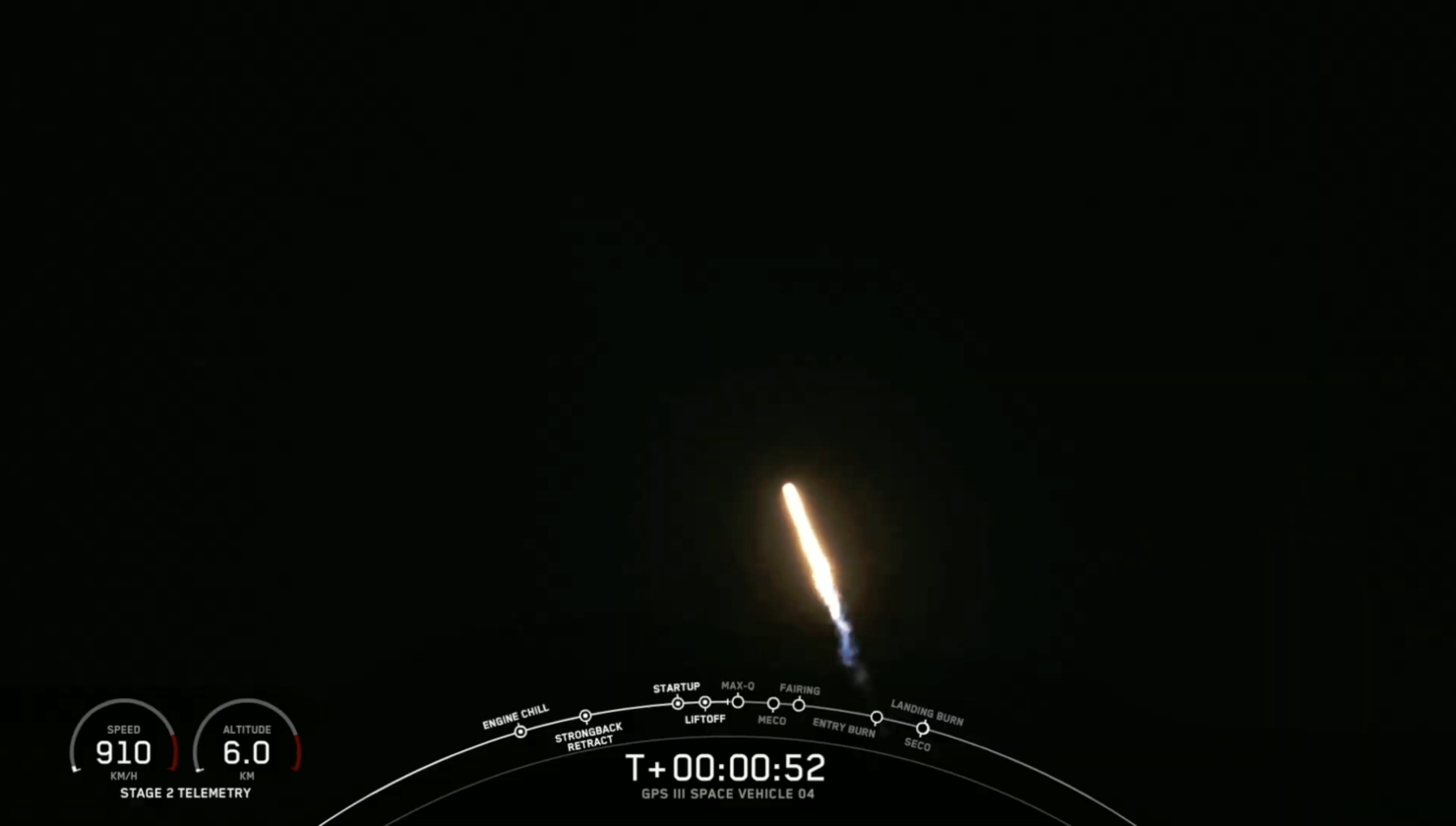 The Falcon 9 as it powers down its engines after liftoff today before approaching Max-Q or maximum aerodynamic pressure. Image: SpaceX Livestream

In a crucial launch for both the United States Space Force and NASA, SpaceX launched the fourth GPS-III satellite from the Cape Canaveral Airforce Station in Florida today. The launch came after the company stood down from the GPS mission due to problems with its Falcon 9 rocket's engines that caused important components to start early in the vehicle's pre-launch countdown cycle. This problem, attributed to the launch vehicle's engines, also caused SpaceX to delay its crucial crewed launch for NASA that was set to resume operational manned flights to the International Space Station from U.S. soil at the close of last month.

SpaceX's Falcon 9 Block 5 took off from Flordia with the GPS satellite at 18:24 ET today, and it came as NASA chose to delay its launch of the Sentinel-6 Michael Freilich Earth-imaging satellite. This satellite, also contracted to SpaceX for launch, was initially set to launch on Tuesday next week, but NASA chose to push the launch back to the 21st according to an announcement the agency made yesterday

The delay was attributed to the same problem that the GPS III-IV (fourth satellite of the third GPS generation) encountered in October. Following the Crew-1 mission, that is now set to take three NASA and one JAXA (Japan Aerospace Exploration Agency) astronaut to the International Space Station (ISS) on next Saturday, being rescheduled for the second time in October, NASA had revealed that the problem with the GPS launch in October was also behind the mission change.

More details for this problem were revealed by SpaceX's vice president for mission assurance Mr. Hans Koenigsmann during a press briefing made at the end of October. During this briefing, the executive stated that SpaceX had narrowed down the problem to a faulty valve that was opened earlier than it should have during the Falcon 9's pre-launch countdown preparation. 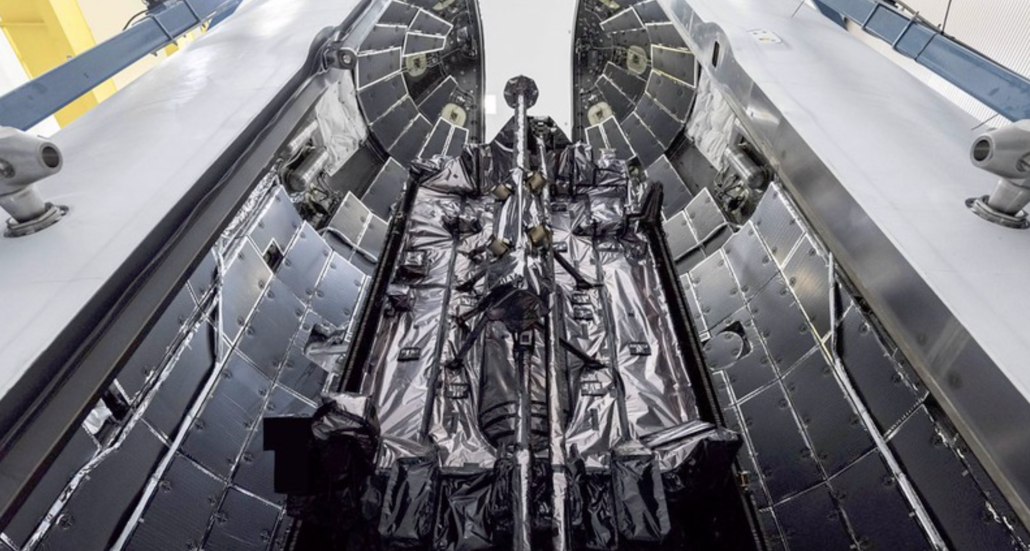 The GPS III-IV satellite pictured inside its fairing, the part of the Falcon 9 rocket that protects its payload from atmospheric loads during ascent. Image: Lockheed Martin

The reason behind this failure was attributed to a masking lacquer used to shield sensitive components during the Merlin 1D's 'anodization' process in its fabrication being left inside the engine's turbopump. This component is responsible for forcing pressurized fuel inside the engine's main combustion chamber to start off the primary combustion process that is necessary for generating lift. The turbopump was the aforementioned component that started earlier than it should have during the GPS III-IV launch attempt in October.

NASA also confirmed that the reason behind the Sentinel satellite's delay was the need to replace the Falcon 9's two engines prior to liftoff. While the agency did not explicitly state that the same problem with the lacquer was behind the engine switch, it did state that an "n-pad abort during a non-NASA mission" spurred investigations that revealed the need for a replacement.

At the same conference during which Koenigsmann confirmed the reason behind SpaceX's recent mission delays, NASA's manager for the Commercial Crew Program (CCP) responsible for manned flights to the ISS Mr. Steve Stich stated the agency's desire to see the GPS mission take to the skies prior to the upcoming Crew-1 flight. This was to allow the agency to evaluate the Falcon 9's performance before it put the launch vehicle lineup's most precious cargo, its crew, inside SpaceX's Crew Dragon capsule and on top of another Falcon 9 for liftoff. Should this evaluation satisfy NASA requirements, the agency will be fully comfortable to proceed with Saturday's launch.

Jessie Henderson, a lead manufacturing engineer at SpaceX, confirmed that her company had tested the two new replaced engines on today's Falcon 9 prior to the mission for a full-duration static fire. SpaceX also intends to reuse today's launch vehicle on another GPS (GPS III-V) launch later this year, marking the first time for the U.S. Space Force to reuse a rocket.