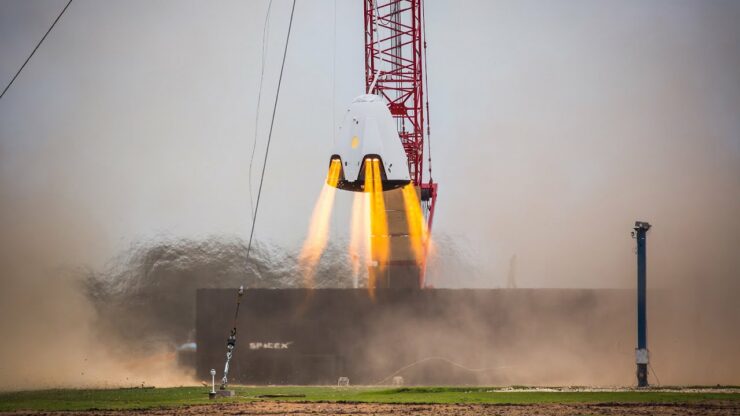 SpaceX and NASA are teaming up to launch the first official crewed mission to the International Space Station from the United States after nine years later this month. This mission, termed as Crew-1 will take off from NASA's Kennedy Space Center in Florida on the 31st. While Crew-1 will not be the first time astronauts take to skies from U.S. soil since the Space Shuttle era, it will mark the start of the series of launches under NASA's Commercial Crew Program that aims to expand the involvement of the private industry in the crewed launch sector.

At this front, officials from NASA and SpaceX conducted a series of press briefing earlier this week. The briefings were aimed to provide updates about the upcoming mission and the changes that the parties made to SpaceX's Crew Dragon after its return from the ISS following the culmination of NASA's Demo-2 mission. This mission flew astronauts Robert Behnken and Douglas Hurley to the space station in order to evaluate the capsule spacecraft.

During the second round of press briefings that took place on Tuesday, SpaceX's Director of Crew Mission Management Mr. Benjamin Reed provided important details about how the company has worked with NASA to ensure that the crewed Dragon missions proceed without any hiccups.

His comments came after SpaceX's Vice President Build and Flight Reliability Mr. Hans-Jorg Koenigsmann revealed in the first round of the briefings that the company had encountered unforeseen heat shield damage on the Crew Dragon vehicle as returned from the ISS to mark Demo-2's completion. Mr. Koenigsmann maintained that the damage was a "safe event" and repeatedly stated that neither Hurley nor Behnken were in any kind of danger throughout the mission's return phase. 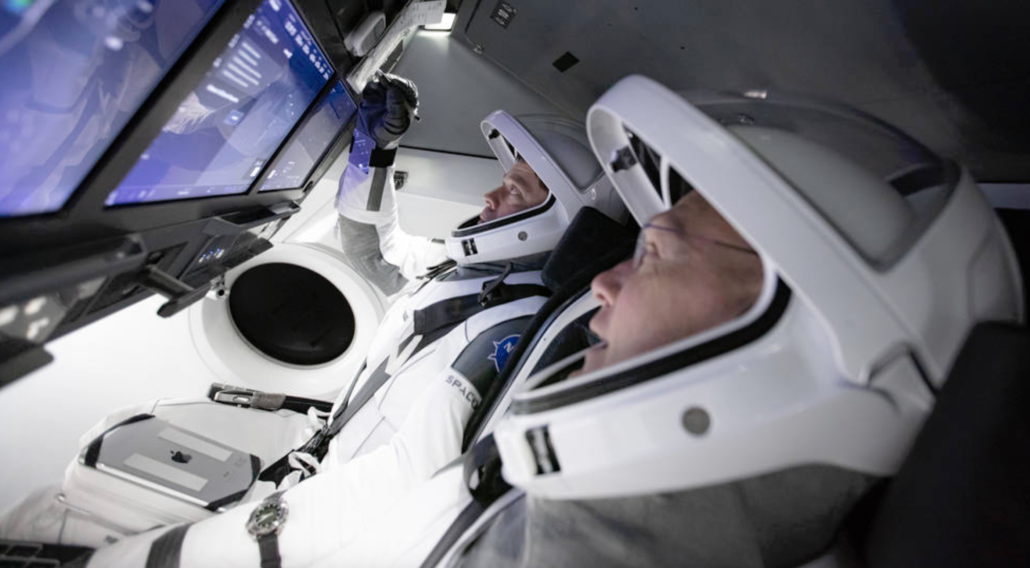 So you know I mentioned a lot of the work that we do as a joint team to get us here. A lot of the effort between you know the beginning of this program and now was in the development, the partnership and the certification - ton of certification work that has happened to get us to be ready to go fly operationally. Some examples of the kind of work that we do right, we’ve done you know 500 hours - 500 tests I mean of docking simulations down at Johnson Space Center. We’ve done over eight million hours of hardware-in-the-loop testing between our hardware systems and our software systems including tests that basically simulate Dragon and Falcon working together. Our systems working with NASA’s systems.

On top of that we’ve done thousands of hours of simulations with our operations teams here at SpaceX, our joint operations teams with NASA and with the crew. We’re in a point now, as Kenny Todd mentioned, we’ve finished this Stage Operations Readiness Review, so we’re at a point now, where we are in the final lane, we’re getting ready for this launch.

Pre-launch simulations include flight control teams executing mission procedures according to timelines that they will follow in real life. These procedures include events such as docking and undocking from the ISS and re-entry into the Earth's atmosphere. At the same time, the spacecraft crews operate simulations that mirror what they will experience inside their vehicle after it lifts-off and separates from its first-stage rocket booster. 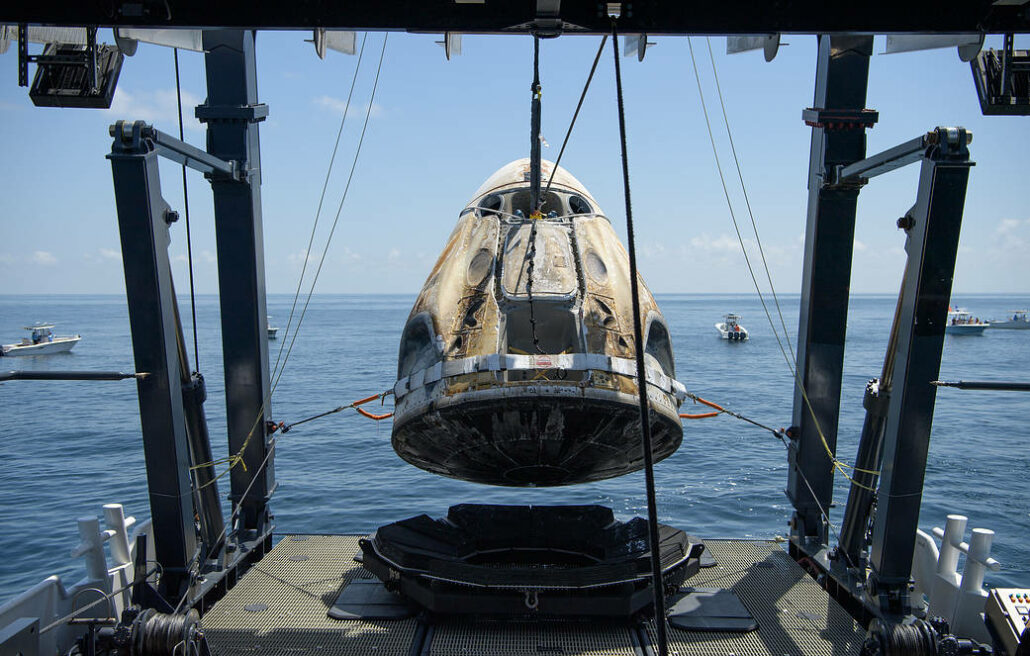 Astronauts Robert Behnken and Douglas Hurley, inside the Crew Dragon, are lifted on SpaceX's GO Navigator recovery vessel following splashdown in August. The Crew Dragon's heat shield is visible at the bottom of the capsule. Image: NASA/Bill Ingalls

Most capsules for re-entry you have to separate and SpaceX’s case the Dragon the trunk and there are some bolts that protrude out once that trunk separates on orbit and the vehicle comebacks in. It’s the same design on Orion and other spacecraft and that area around these tension ties is a very complex flow-field. So basically on Demo-2 what happened is in this complex flow field there was some erosion of some material between tiles that we saw on this flight and that same area for whatever reason in this complex flow field in Demo-1 and we did not see that. And we didn’t find this out until after landing when the vehicle was inspected.

So what we’ve done is we’ve gone in and changed out a lot of the materials to better materials. We’ve made this area robust, we’ve made the area between these tiles better. We have a better process of installation. We took those design changes and we tested that in the same facility out at Ames that we’ve used for Space Shuttle and other programs. It’s called the Arc Jet and it’s able to simulate that entry environment. So we took five different samples and we sent them out to the Ames Arc Jet. We exposed them to the re-entry environment, we exposed them also to an abort environment. So during ascent if we were to execute an escape or Dragon separates from F9 [Falcon 9], those entries for some cases are a little bit more aggressive than normal. So we went through and tested these changes and the changes performed very well. We’ve done an analysis on the changes and so we’re very pleased with what we have with Crew-1 and likely that configuration will fly for many more flights.

SpaceX and NASA have jointly developed the Dragon's heatshield and the agency sounds confident that the upgrades will not result in future problems. Following their predecessors' approach, NASA astronauts Michael Hopkins, Shannon Walker and Viktor Glover and Japan Aerospace Exploration Agency (JAXA) astronaut Soichi Noguchi have also renamed the capsule in which they will fly to the ISS. Their moniker for the Dragon is 'Resilience' and the team will return to Earth after it completes a 210-day mission on the space station that will last for the full duration of the Crew Dragon's execution capability.