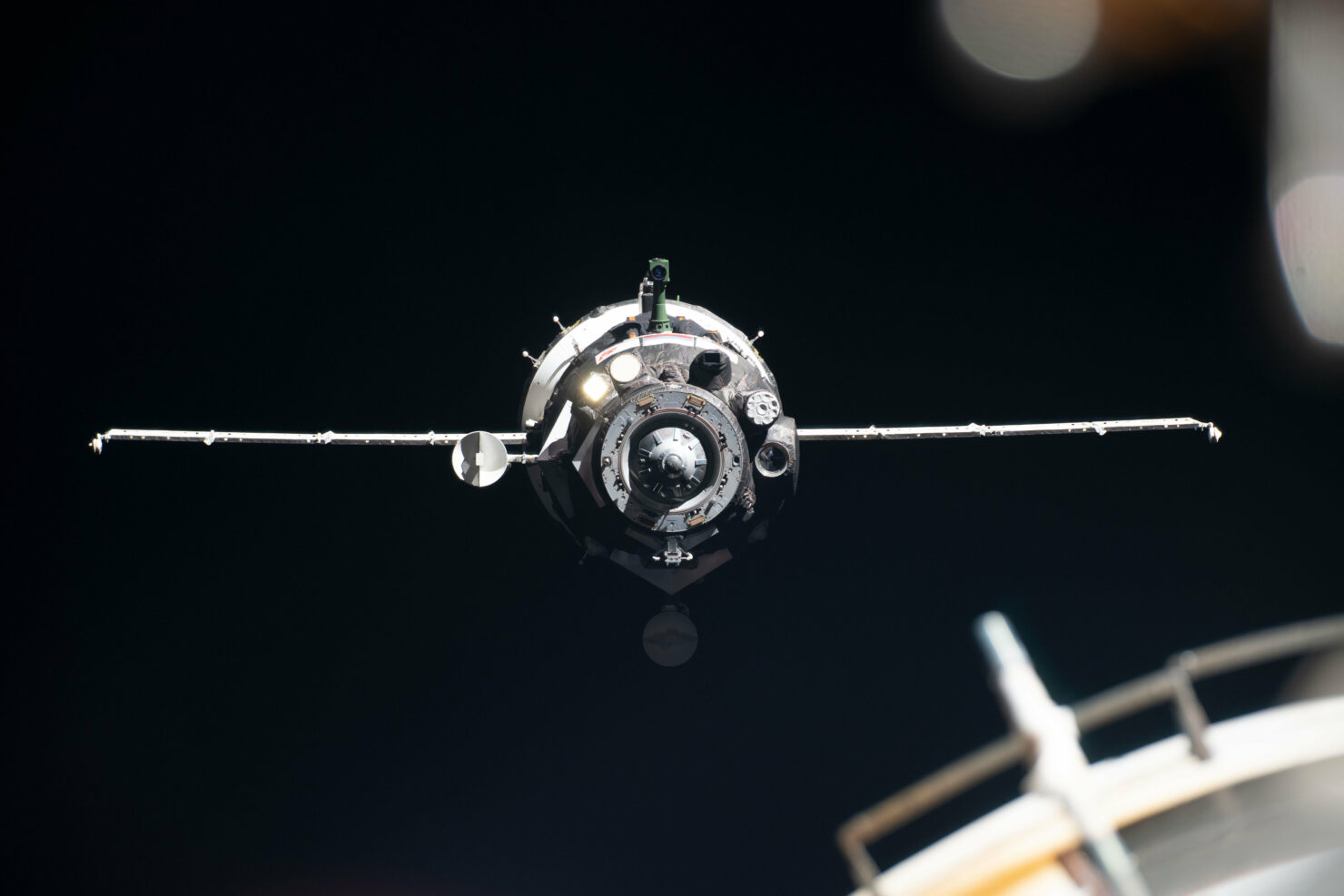 The Soyuz MS-13 spacecraft approaches the International Space Station (ISS) on July 20, 2019 marking the 50th anniversary of the American moon landing and carrying three engineers to the station. The Soyuz is currently the only option available to NASA for seeing astronauts to the ISS; a fact that could change soon once the SpaceX Crew Dragon passes certification. (Image credits: NASA)

The launch and the astronauts' subsequent ISS docking marked the first step towards increasing the scope of the commercial low earth orbit (LEO) economy, which as per NASA administrator Mr. Jim Bridenstine has the potential to be worth $1 trillion once operations onboard the ISS and LEO grow in scope.

With the Dragon 2 currently docked to the ISS, SpaceX undoubtedly has its eyes set on the next step of NASA's plans to expand the scope of human exploration beyond LEO once again. The space agency's Artemis missions intend to establish an American presence on the moon through setting up a base intended to open the way for deep space exploration. To that end, Mr. Bridenstine has shared important details about NASA's plans for establishing this base part of the Artemis missions that will be powered by Boeing's (NYSE:BA) Space Launch System (SLS).

As per the statements that the NASA administrator has made on social media, the agency's criteria for delivering cargo to the lunar surface for establishing a lunar base will be determined on a cost basis. In other words, NASA's criteria for the delivery will involve setting a goal for the "cost per ton delivered", following which the agency will let private sector compete for the delivery contracts, similar to how it handled the Commercial Crew Progam (CCP) responsible for delivering astronauts to the ISS in partnership with the private sector.

The DM-2 mission is the first stage of the CCP, with Boeing's Starliner(CST-100) crew vehicle also a part of the program. Starliner's first crewed test is scheduled to take place next year with NASA astronauts Christopher Ferguson, Mike Fincke and United States Marine Corps (USMC) test pilot Lt. Col. Nicole Mann on board.

Mr. Bridenstine's statements reflect NASA's souring relationship with Boeing following cost overruns in the Artemis program that have pushed the SLS launch vehicle beyond initially set cost and delivery schedules. SpaceX's chief engineer, founder and top executive welcomed the administrator's statements and commented that contracts awarded on the basis of outcome carry with them the potential to reward results; as opposed to those that are sole-sourced (like the SLS) and cost-plus, which end up rewarding "waste". 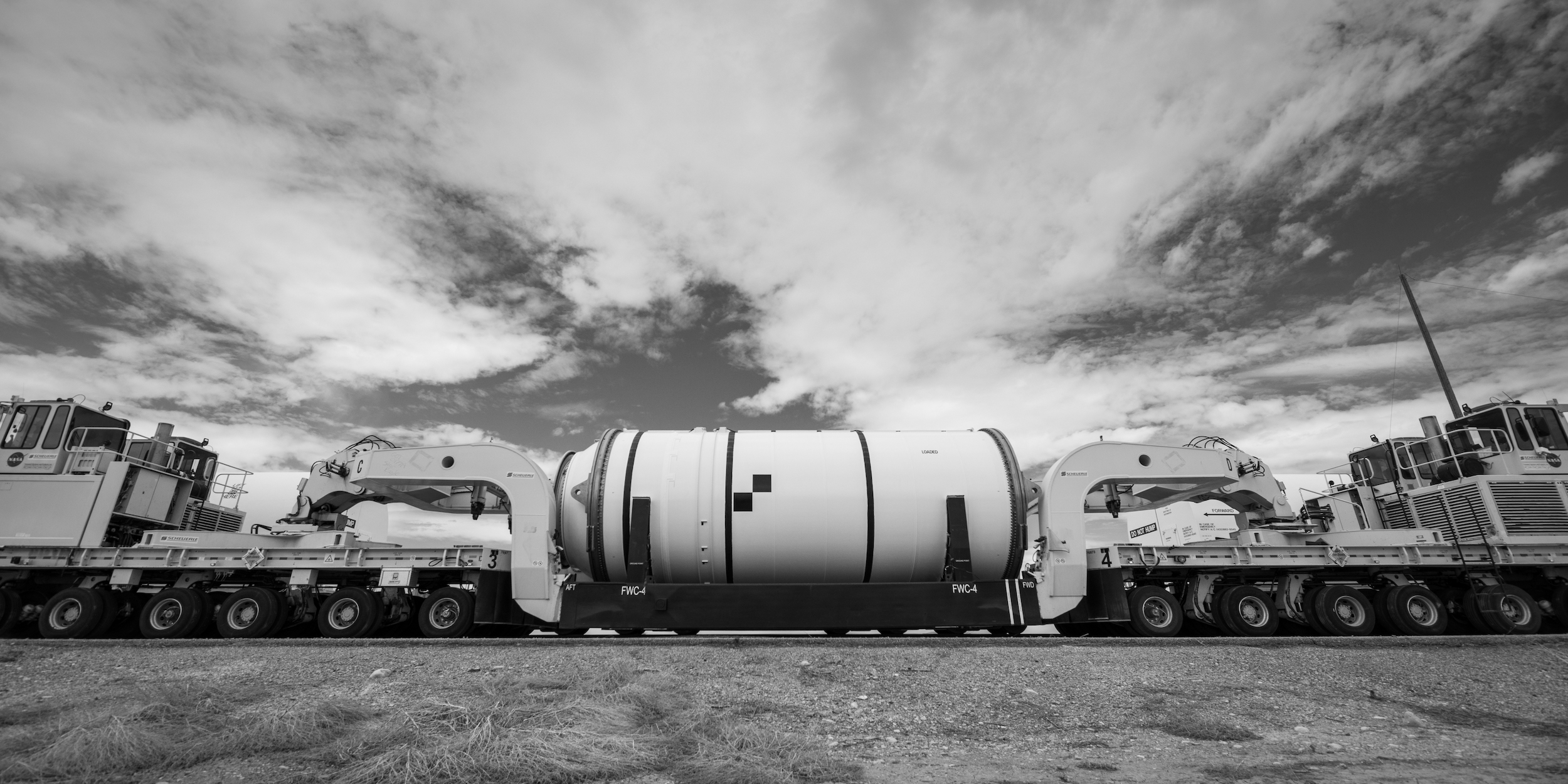 A motor assembly segment of the Boeing Space Launch System's (SLS) solid rocket boosters. The SLS is powered by two rocket boosters in addition to the core stage during liftoff, and each booster consists of five motor assembly segments that are filled with propellant. The motor stage above is being shifted from Northrop Grumman's Promontory Point facility in Utah to a departure point for NASA's Kennedy Space Center in Florida. (Image Credits: Northrop Grumman)

Provided that Dragon 2 (Crew Dragon) passes all NASA certification requirements, the spacecraft will be responsible for not only deliver American but also international crew to the ISS. To that end, the head of the Russian space agency Roscosmos Mr. Dmitry Rogozin offered his thoughts about the Crew Dragon launch. Providing insight befitting his role as the leader of the Russian space program, Mr. Rogozin has compared the weight of the Dragon 2 with Russia's Soyuz spacecraft to counter the American and SpaceX narrative of the cost benefits offered by the Dragon.

The Dragon 2, with a dry mass of roughly 9.5 tons (the DM-2 variant had a 12 ton mass at liftoff)  is heavier than the Soyuz MS (the latest variant of the Soyuz that debuted in 2016) which has a liftoff mass of 7 tons. Therefore, the Soyuz is launched on the medium-lift Soyuz-2.1a orbital carrier rocket with roughly one million pounds of sea level first stage thrust. In comparison, the Dragon 2 is launched above SpaceX's Falcon 9 Block 5 launch vehicle with roughly 1.7 million pounds of thrust. The higher a launch vehicle's thrust, the higher is its propellant and other costs – an argument used by Mr. Rogozin in his piece for Forbes magazine published yesterday.

The Roscosmos chief goes on to praise the reliability of the Soyuz launch system which has 1,700 launches under its belt and expresses his hope that his American counterparts will be able to surpass these statistics. He also admits that the delays faced by Russia in developing a successor to the Soyuz are perhaps the biggest weakness of the country's space program, and goes on to explain the country's plans for reaching the Moon's surface through heavy-lift launch vehicles which many (including us) believe are the future of the industry.

Mr. Rogozin also recognizes that his space agency needs to cut costs if it's to compete effectively in the evolving global launch market, and he goes on to classify the success of the Dragon 2 launch as a phase in a war between Boeing and SpaceX – as opposed to one between the United States and Russia.

As designs evolve and technologies mature, payload weights are bound to go up – a trend that is clearly visible through the weight of satellites which have become heavier over the years. Given this fact, it's unsurprising that the Dragon 2 spacecraft is heavier than its Soyuz counterpart, and despite weighing 12 tons at liftoff, the Dragon 2 is still one ton lighter than the expected liftoff weight of Boeing's Starliner – which a crew capacity of seven that is similar to the Dragon 2. For its part, SpaceX has already won a cargo delivery contract to NASA's proposed Gateway cis-lunar station and the company also hopes to land astronauts on the lunar surface via a variant of its Starship landing vehicle.