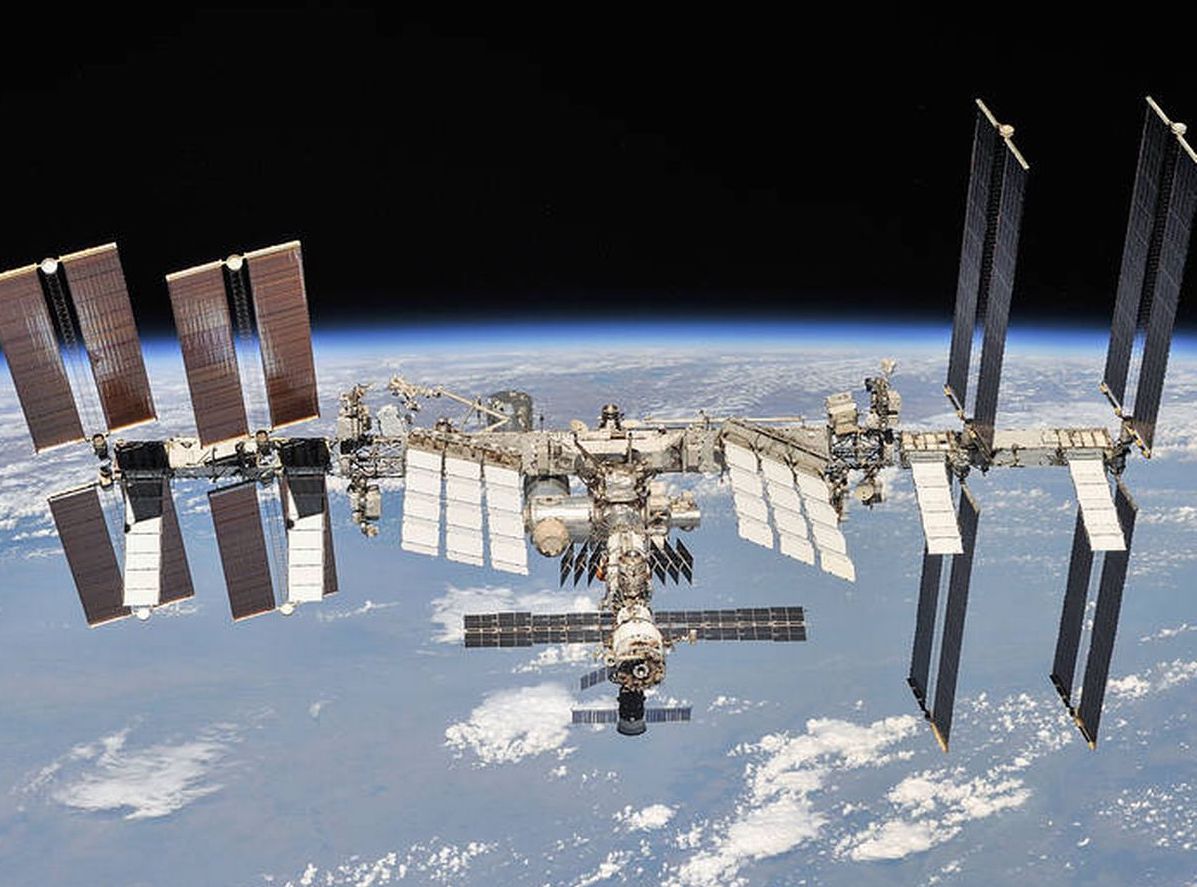 The International Space Station (ISS) operates at an orbital altitude of roughly 400 kilometers. The Station has had to maneuver to avoid orbital debris three times this year and faced several other dangerous events according to NASA Administrator Jim Bridenstine. Image: NASA

SpaceX and Amazon have joined forces for supporting new orbital debris mitigation and avoidance rules for the FCC to employ. Both companies have teamed up to ensure that non-U.S. satellite operators that have been licensed by the Commission to provide coverage to American consumers follow the same set of rules when designing their satellites for debris avoidance.

Additionally, both companies also assert to the FCC that requiring satellite-specific collision metric instead of a constellation-specific measure will better suit the needs of the commercial sector. Their comments come in the form of FCC filings that were made at the end of last week and became available yesterday.

The primary demand that both companies have made to the FCC is to request the Commission to adopt collision metrics that are based on satellites instead of entire constellations. The government's updated Orbital Debris Mitigation Standard Practices (ODMSP) require that each satellite have a collision risk of less than 0.001 in order to be deemed safely operable. Aggregate measures have been promoted by operators that are not bound to the FCC's debris mitigation rules, and both SpaceX and Amazon oppose them for a handful of reasons.

Firstly, the companies argue that constellation-based or aggregate measures will favor smaller constellations and deter larger operators from adding new satellites to their constellations. SpaceX cites NASA's opposition to an aggregate measure and argues that it will create uneven regulatory standards that will bias the requirements towards the operator instead of the nature of the spacecraft being operated.

Amazon goes one step ahead and states that the FCC should work with the industry for developing even more robust standards for spacecraft irrespective of whether they are standalone or part of a constellation. 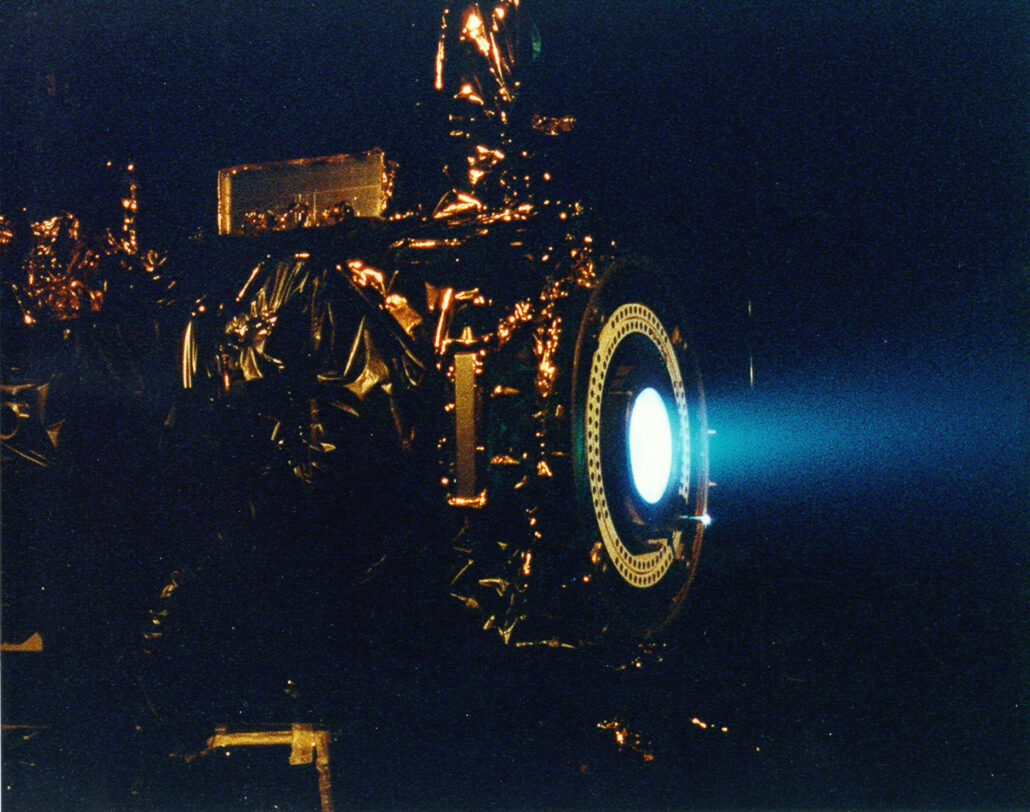 Satellites use ion thrusters for maneuverability in space. Pictured above is NASA's 2.3 kW NASA Solar Technology Application Readiness (NSTAR) ion thruster during testing at the agency's vacuum chamber at its Jet Propulsion Laboratory in the 1990s. Image: NASA

The pair then move forward and maintain that all spacecraft that fly above the International Space Station's (ISS) altitude of 400 kilometers should be maneuverable. While Amazon states that this requirement should only come in place if the Commission does not establish a collision-risk standard on a per-satellite basis, SpaceX's demand is free from any conditions. Additionally, Amazon also asks the FCC to require all newly licensed spacecraft to be able to move 2 kilometers within two hours of having received a notice of potential collision.

Orbital Debris At 1,000 Kilometers In Altitude Would "Change the Risk Landscape for Centuries" Believes SpaceX

SpaceX's collision-risk calculation recommendations are more detailed than what Amazon suggests. Specifically, the Hawthorne, California-based company wants the FCC to account for the risk of collision of a decaying satellite, multiply it with a constellation-specific maneuverability failure risk and then multiple the product with the during of the satellite's decay (to factor in operational altitude.

SpaceX wants the Commission to factor in operating altitude because the company argues that at an altitude of 1,000 kilometers and above, a higher concentration of orbital debris increases the risk of collision. The company's graph in its FCC filing is quite informative in this regard. 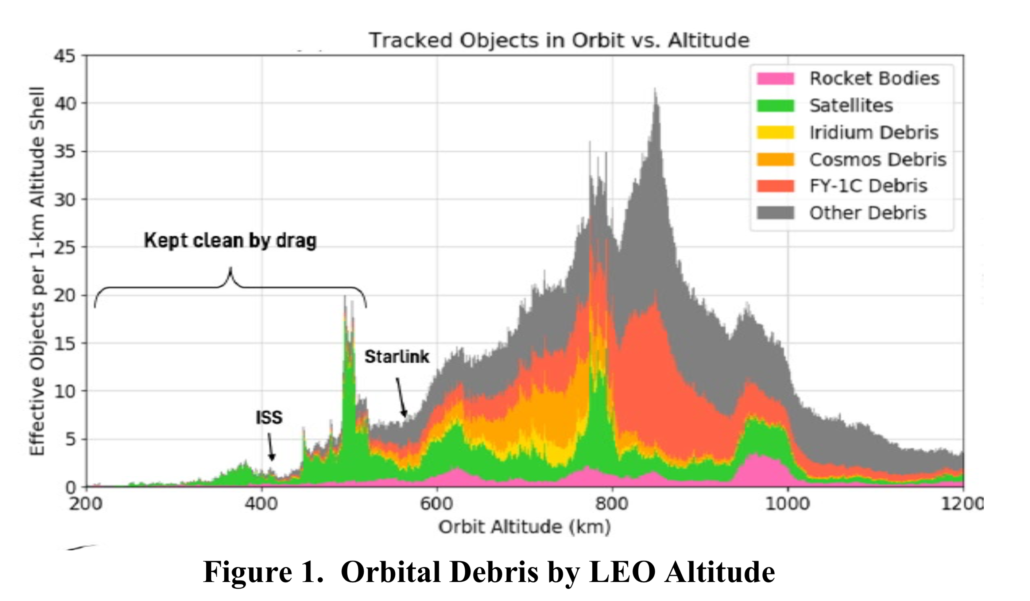 SpaceX cites orbital debris at attitudes of 1,000 kilometers and higher necessitating the need to adopt new standards for satellite design. FY-1C likely refers to the debris from the Chinese FY-1C polar weather satellite that the East Asian country destroyed in 2007 through a kinetic kill vehicle launched from a multi-stage solid-fuel missile. Image: SpaceX Comments in FCC Docket IB 18-313 made on October 9, 2020 and made available on October 13, 2020.

Finally, the duo also agrees that the ODMSP rule that requires satellite operators to demonstrate that the human casualty risk from satellite components reentering the Earth's atmosphere be less than 0.001 when impacted with a force greater than 15 Joules. SpaceX specifically notes that adherence to this standard will put satellite broadband service providers at a slight disadvantage to their terrestrial counterparts but concedes that this is a just cost to ensure human safety from deorbiting satellite debris.

The need for stringent debris protection rules will grow in the future as NASA's Commercial Crew Program (CCP) certifies Boeing's Starliner spacecraft and subsequently increases the frequency of flights to the ISS. SpaceX's growing launch cadence will also contribute to this need, with orbital debris also set to play a crucial role for cargo and crew missions to the Lunar Gateway – NASA's planned orbital post for the Moon.