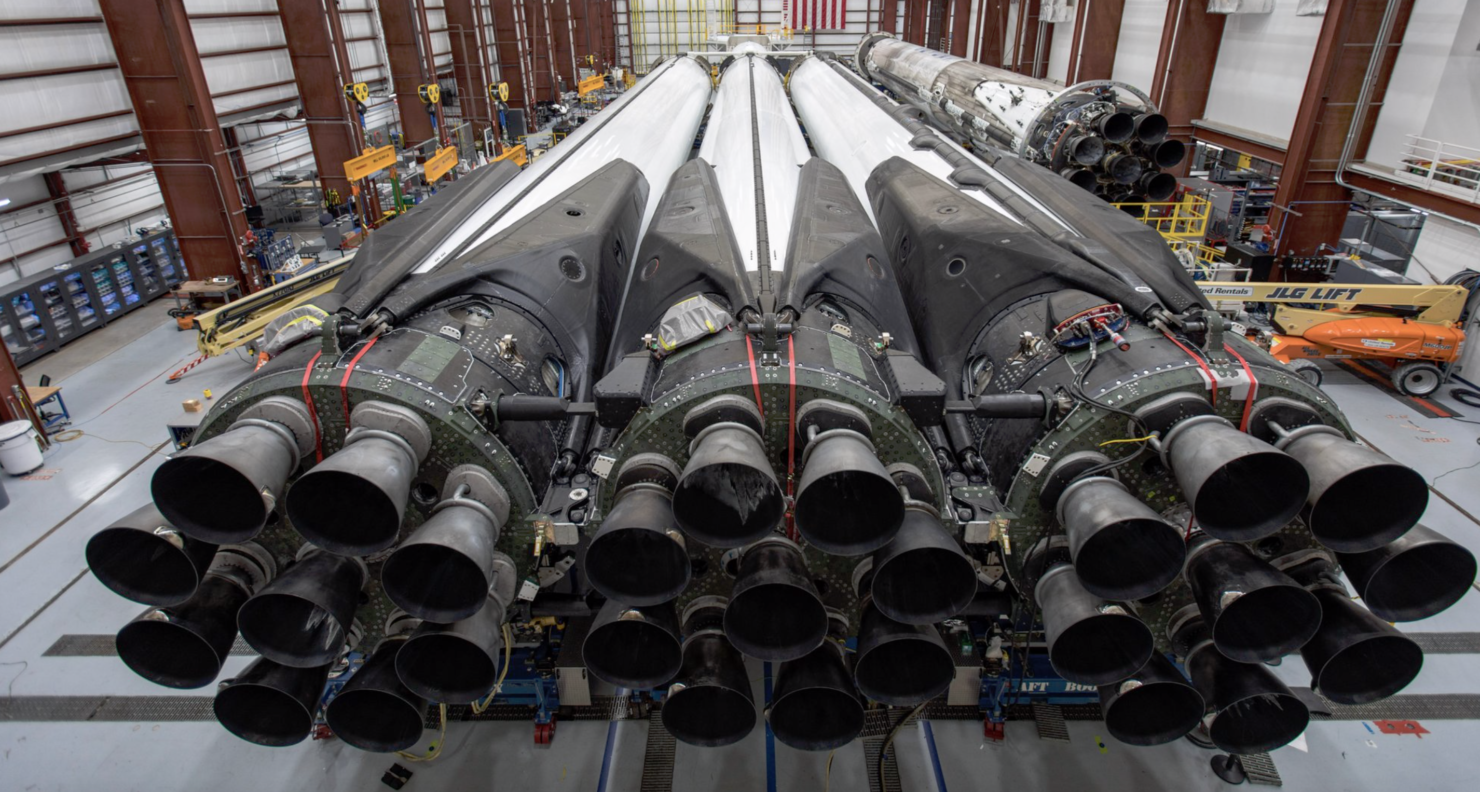 The SpaceX Falcon Heavy preparing for its debut. This variant of the Falcon Heavy generates roughly 5.5 million pounds of thrust through its first stage, and the launch platform is crucial for the company's success in the National Security Space Launch (NSSL) arena. Image: SpaceX/Twitter

Hawthorne, California-based astronautic launch services provider and equipment manufacturer Space Exploration Technologies Corp. (SpaceX) has had a good run at things lately after it successfully returned astronauts from the National Aeronautics and Space Agency (NASA) from the International Space Station (ISS) to Earth last week. The company, known for its reusable first-stage rocket boosters, has made successful inroads in an industry that is known for uncertain development timeframes and large entry costs.

Now, in an important win for another of SpaceX's operating segment, namely the National Security Space Launches (NSSL) market, the company has managed to edge out competitors Blue Origin and Northrop Grumman to win the United States Air Force's (U.S.A.F) launch contracts.

SpaceX's crucial win is due to a key change in U.S. laws that bar any rockets using Russian-made engines for launches ordered by the USAF. This change came in place in 2017 via the National Defense Authorization Act for the Fiscal Year 2017 §1602 (c)(2) and it stopped the Air Force from using any such engines after 2022.

The change came following tensions between the two countries in 2014 that emerged in the aftermath of the Russian invasion of Ukraine, after which Russia threatened to cut off the supply of these engines that were used by the Atlas V launch vehicle developed and marketed by the United Launch Alliance (ULA).

Today's news relates to the USAF's Phase 2 of national security launch contracts that will cover launches commencing from 2022 and ending in 2024. To that end, the Air Force's Space and Missiles Center (SMC) and the National Reconnaissance Office (NRO) have awarded to contracts to the ULA and to SpaceX today, with the cumulative worth of the launch service support and contracts for the fiscal year 2022  being $653 million. 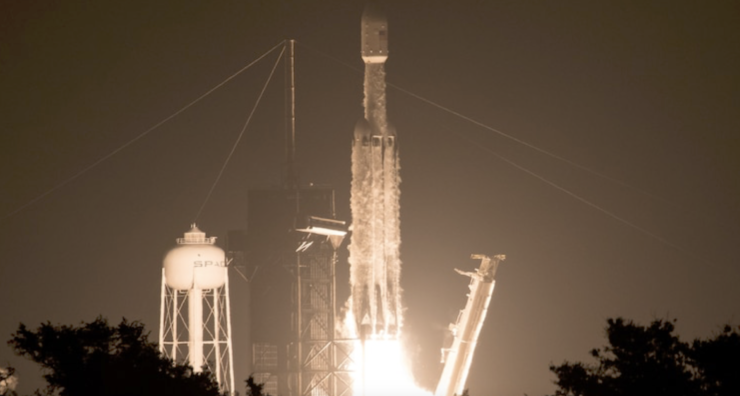 The SpaceX Falcon Heavy takes to the skies in June last year with the Air Force's DSX payload designed to study the radiation environment, amongst other things in Medium Earth Orbit (MEO). Image: Joel Kowsky/NASA

SpaceX's share of the pie is worth $316 million with the amount covering task orders for the launch service support and contract. SpaceX will launch only one mission for the USAF in the fiscal year 2022, with the mission being dubbed as USSF-67. Whether the company's Falcon 9 medium-lift launch vehicle or its Falcon Heavy heavy-lift launch vehicle will be used for this mission is uncertain. Vehicle choice for national security launches is determined by several factors in addition to the mission payload's weight.

The Air Force has defined twelve orbits with varying apogee, perigee, mass and inclination requirements that a launch vehicle must meet for it to be certified for NSSL missions. Out of the five American-made launch vehicles that are currently in the testing, design and evaluation stages and that intend to target all of these orbits, only the SpaceX Falcon Heavy has taken to the skies. In addition to the Heavy, Blue Origin's New Glenn, Northrop Grumman's OmegA and OmegA Heavy and ULA's Vulcan Launch vehicles are designed to meet the military's requirements for the launches.

Following today's announcement, which effectively removes Grumman and Blue Origin from the race, the future of their vehicles is uncertain. Manufacturers often rely on guaranteed missions from the Air Force for recuperating the significant development costs associated with developing these vehicles and if such support stops, then the lifecycle of the launch system becomes uncertain.

In addition to SpaceX, ULA has won two launches for FY-2022 dubbed as USSF-51 and USSF-106. In its press release, the Air Force also stated that through 2024, 60% of the launch contracts will go to ULA while the remainder will go to SpaceX and that it will order launches annually and issue task orders on a mission-to-mission basis.