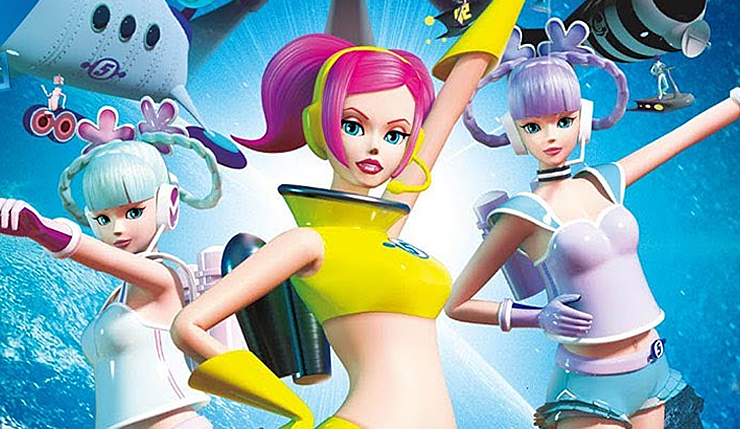 As I said, seems to be about what you’d expect, although Ulala’s new voice is slightly off-putting. Here’s a bit more detail about Space Channel 5 VR: Kinda Funky News Flash:

Members of the original development team have returned to usher Space Channel 5 into a new decade. Space Channel 5 VR: Kinda Funky News Flash! is set in “Space Channel 5,” the premiere space TV station of the 25th Century. For the first time, the player will physically join senior reporter Ulala as a rookie, by dancing, posing, and grooving while holding PlayStation Move motion controllers. Returning cast members join brand new characters in new stages and music for a groovin’ good time. The English voice cast includes Cherami Leigh taking over the lead role as Ulala, and Tom Clarke-Hill returning to reprise his role as Jaguar. Other cast members include Cassandra Lee Morris as newcomer Kell and Greg Chun as the being terrorizing the galaxy, Glitter.

Space Channel 5 VR: Kinda Funky News Flash hits PSVR on February 25 in North America and February 26 in Europe. The game was originally announced for all major VR headsets, but right now only a PSVR release date has been announced.