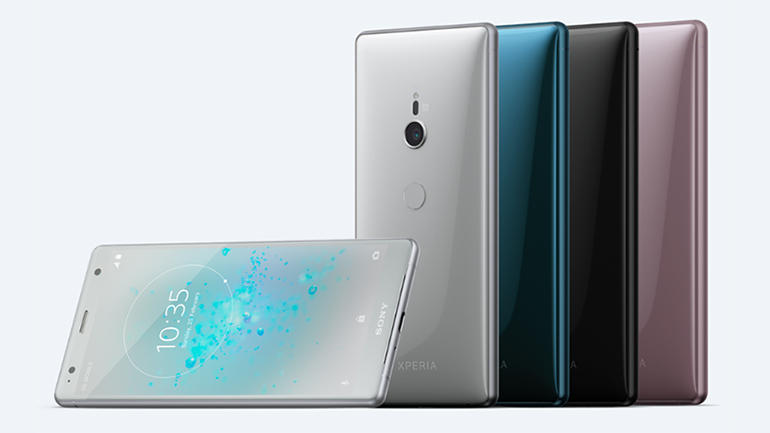 All the talk related to Apple's 2018 iPhone lineup and Samsung's Galaxy Note 9 makes us forget that there are other smartphone manufacturers out there as well. One of them is Sony, which is making somewhat of a staggered comeback to the flagship landscape these days. The Japanese company fell out of the market's favor a couple of years back, but its Xperia XZ lineup of devices have made a strong comeback. Today, we've got a leak for the Sony Xperia XZ3. Take a look below for more details.

We've seen some leaks related to the Sony Xperia XZ3 over the past couple of months. The company took a good lead with its rear camera setup on the device's predecessor, enabling the smartphone to shoot video in super-slow motion. The Xperia XZ3 will use the XZ2's rear camera sensor according to earlier leaks.

Today's GFXBench posting for the smartphone provides more details. However, before we get into them, it's relevant to note that a direct link for this listing is unavailable. Therefore, don't get your heart set on the specifications. That being said, the first thing which jumps out of today's screenshot is the fact that the Xperia XZ3 will run Android 9.0 out of the box. 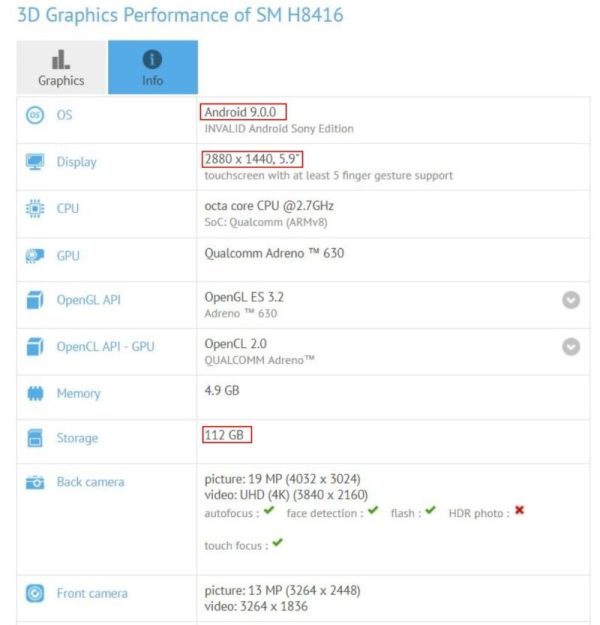 Secondly, the device's display is listed with a 2880x1440 resolution and a 5.8" diagonal. The GPU for the alleged Xperia XZ3 is Qualcomm's Adreno 630, so naturally, Sony will refresh its flagship presence with the device's launch. The smartphone is also listed with a single rear camera with a 19MP resolution. It's this detail that confuses things, as Sony is highly unlikely to skip over the XZ2 Premium fantastic rear dual camera setup on the alleged XZ3.

Unless the company is offering a budget device. Or, the device being tested could either be a prototype. Whatever the case is, leaks for an alleged Xperia XZ3 Premium are picking up the pace. Whether they'll bear fruit, is another matter. Whatever the case is, we'll be here to let you know. Till then, stay tuned and let us know what you think in the comments section below.