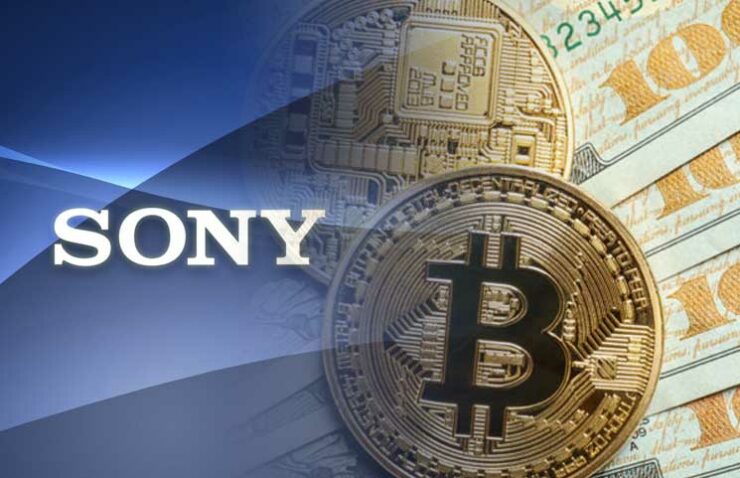 Bitcoin (BTC), the pre-eminent cryptocurrency, continues to attract attention from not only the proponents of Decentralized Finance (DeFi) but also major corporations. Sony (NYSE:SONY) has now joined a growing list of corporations looking to tap into this evolving phenomenon.

It suggests a system where viewers of livestreamed esports would be able to bet on the outcome of matches whilst watching the action play out in real time.https://t.co/aQCvEH5kwj pic.twitter.com/CKvY5CHfpl

To wit, as per a patent published on the 13th of May, Sony envisions a broad-based betting ecosystem with gaming consoles, VR Headsets, or PCs deployed on the client-side and the betting algorithm operating on dedicated servers.  The betting algorithm will define the initial proposition bets – a bet on a specific player or event – by using machine learning as well as historical data. Once the proposition bets have been defined, betting odds can be established by a user or the algorithm by accessing gaming analytics. The odds may be influenced by a host of factors, including time decay as well as pari-mutuel wagering – a betting system in which all bets of a particular type are placed together in a pool. Once the proposition has been resolved, the winnings would be distributed among gamers as per the set rules. This is where Bitcoin and other virtual currencies come into play. The patent notes:

“Wagers may be pecuniary, e.g., money or Bitcoin, or may be non-pecuniary, e.g., game assets, digital rights, and virtual currency. When wagers are pecuniary, the odds offered may account for government take out, e.g., if the calculated odds are 5-1, the offered odds may be reduced to 4-1 to allow for some wagering assets to remain after payouts for the purpose of paying government take out. Wagering assets may be tied to a spectator's electronic wallet.”

This is certainly an interesting concept and would enhance the immersive nature of gaming. For instance, gamers can place real-time bets on when or how a particular player may die or get eliminated. By connecting the betting platform to a digital wallet for Bitcoin or other virtual currencies, Sony intends to make the process of placing and cashing bets as seamless as possible.

This patent also serves to hammer home the growing ubiquity of Bitcoin and other virtual currencies. While it was not long ago when mainstream financial circles and major corporations shunned Bitcoin, the tide is flowing the other way these days. The successful Direct Public Offering (DPO) by Coinbase (COIN), which derives about 60 percent of its revenue from Bitcoin trading, is a case in point. Moreover, while only fewer than 10 percent of Americans have had any crypto experience, this pool is gradually expanding as Bitcoin flourishes.

Bitcoin’s legendary volatility has always been its defining feature. This regime is not changing anytime soon though. Consider the latest price rout, precipitated by Elon Musk casting aspersions on Bitcoin’s prospects. Nonetheless, the overall upward trend in Bitcoin remains intact, as evidenced by the cryptocurrency’s religious adherence to the Stock-to-Flow model. This innate strength of the asset also speaks volumes of its enhanced resilience. Hence, the reason why Bitcoin is dubbed digital gold by many proponents.