We are more than a half year into the next generation of gaming, and it seems like the Holiday season is already right around the corner. Both the PS4 and Xbox One consoles are doing pretty good in the market, but in spite of the fact that we have some great already released and upcoming blockbuster games for both the consoles, it looks like the next-gen games library for this holiday is barren. Sony's PS4 console is considered more bleak in this matter, and here is what the platform holder has to say about it. 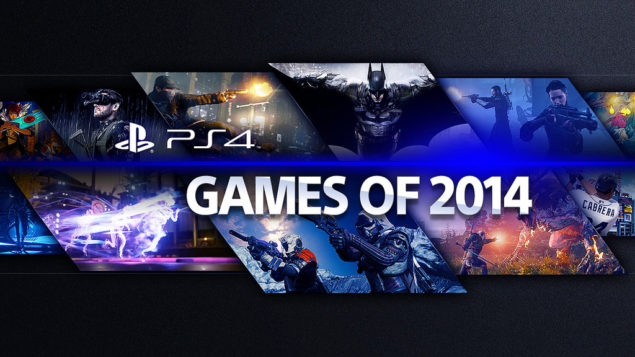 Holiday season is closing in fast, and that means gamers want nothing more than some new triple A and exclusive video game titles for their consoles. Several most anticipated games that were supposed to launch later this year have been delayed until 2015 by the developers. Most hyped titles like The Order 1886, The Division, The Witcher 3, Hellraid, Dying Light, and many more will now not be available this Holiday.

A fortnight later its E3 2014 press conference, Microsoft took the opportunity to reflect on the games that were revealed at the show, and inform its fans of a large Xbox One Holiday 2014 line up consisting of triple A and exclusive titles that is ready for the holiday season. Looking at upcoming Xbox One exclusives and third-party titles, it appears that the console's fans don't have to worry about new games for holiday, but the same can't be said for PS4 users.

Sony's PS4 is leading the console race so far and there are some decent games coming to the console later this year, but clearly, very little of them can be termed as triple A titles. Every where on discussion forums and game-related posts, you will see gamers complaining that Sony's PS4 holiday line up is fairly weak compared to the Xbox One's. So should the platform holder be concerned about all this and will this make PS4's growth tardy this holiday? Gamekult asked Sony’s Jim Ryan the same and this is what he had to say:

“Not at all. We have The Last of Us: Remastered this summer, and Destiny in early September and then everything will accelerate with FIFA, Call of Duty, Battlefield, Assassin’s Creed, Far Cry, DriveClub … and the list goes on, there is no reason to worry.”

“I forgot to mention LittleBigPlanet 3, inFamous First Light, SingStar … Moreover, much of the games from third-party publishers come with exclusive content and access, so I am not worried.”

Lets not forget that Microsoft's Xbox One console is now available for the same price that the PS4 sells for, so apparently this Holiday, it is all about the exclusives and triple A titles coming to both the consoles. Xbox One has some most critically acclaimed titles coming up such as Halo: Master Chief Collection, Fable Legends (multiplayer beta), Forza Horizon 2 and Sunset Overdrive, so it will be interesting to see which console gets more attention this holiday season.