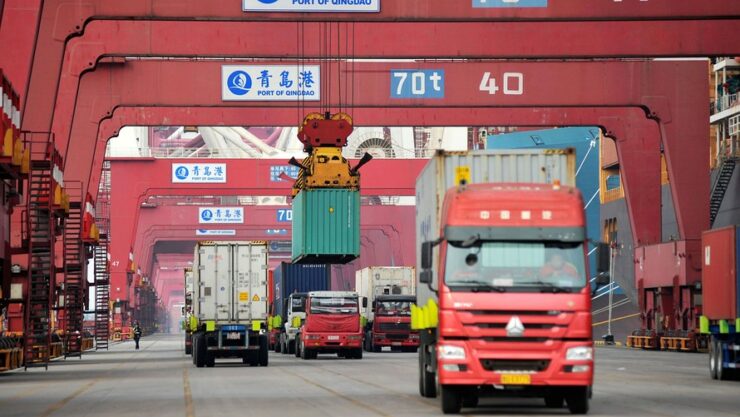 The demand for shipping and transportation is seemingly never-ending in China, a nation of 1.4 billion people. Alphabet Inc - Google (NASDAQ:GOOGL) and Japanese conglomerate (TYO:9984) understand this and are investing in a platform called Manbang that is designed to connect merchant shippers with truck drivers

The mobile app platform, also known as Full Truck Alliance, promises to allow shippers who need to move cargo a fast and easy way to connect to a driver that can transport their goods.

This recent round of investment will see the startup receive more than $1.9 billion in venture capitalist funding with Softbank leading the charge at a cool $1 billion. Softbank will be drawing this from their "Vision Fund", the same progressive fund that helped American ride-hailing giant Uber Technologies get off the ground.

CapitalG, previously known as Google Capital, will be making a much more muted contribution at only $30 million. Its worth noting that this will mark Alphabet Inc's first direct investment in the Chinese market since 2014, nearly half a decade ago. Google has been cautiously looking at reliable ways to enter the Chinese market ever since it pulled its primary services from the Chinese domestic market in 2010 due to aggressive government censorship and regulations.

Manbang hopes to recoup investors investments rapidly as the Chinese logistics market grows. Manbang will do other things beyond matching shippers and drivers. It also offers vehicle loans to independent truck operators and even insurance to its drivers. A budding Chinese truck driver could theoretically get the money to buy and insure a truck, and then find work utilizing their new truck all on the emerging Manbang platform.

Manbang (Full Truck Alliance) may not be well-known to Westerners, but the platform is already massive with a valuation of over $6 billion.