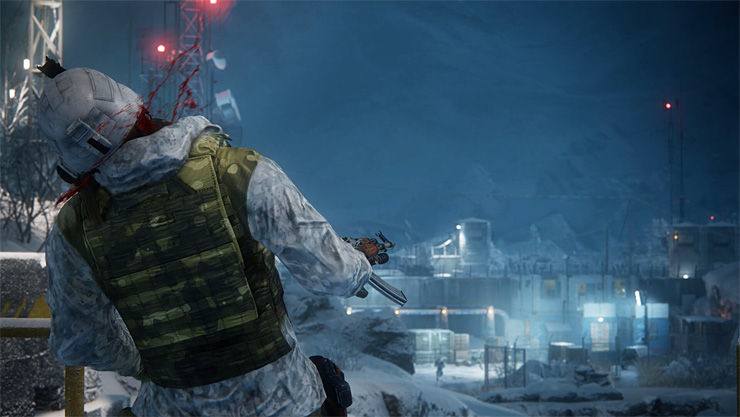 The release date for Sniper Ghost Warrior Contracts has been announced today.

The next entry in the series developed by CI Games will be released worldwide on November 22nd for PC, PlayStation 4 and Xbox One.

A new trailer has also been released today, showcasing a new region and new tactical tools. You can find it below.

While the initial gameplay reveal introduced viewers to Siberia’s wilderness, the latest trailer takes place in a harbor that’s sure to be a sniper’s delight. Going by the name of Black Gold, this is the second of five unique regions present in the game, each based on actual locations deep in the heart of Siberia. Defined by its wide-open spaces, Black Gold is the perfect locale to test out Contracts’ brand new sniping mechanic, the Dynamic Reticle System, which enables players to better manage the ballistics and atmospheric conditions of their every shot.

Nate had the chance to try out Sniper Ghost Warrior Contracts at the E3 two months back, and he noted how the new formula allowed the developer to polish the game more.

So, about Contracts’ structure – the new approach is best compared to IO Interactive’s recent Hitman titles. Like those games, the game is divided into a series of self-contained sandboxes, each of which is actually fairly large, containing a number of sidequests and opportunities to fool around. The CI games guys brought up the level map, showing several mission staging areas clearly marked, and I would estimate the sandbox would take a solid few minutes to beeline across. In other words, Contracts is not an open-world game, but, like Hitman, its sandboxes are substantial and filled with things to explore and do.

The new structure seems to have allowed CI Games to turn more of their focus towards polish. Previous Sniper Ghost Warrior titles weren’t exactly lookers, but Contracts’ visuals were surprisingly appealing. If someone had told me this was a new game from a big publisher like, say, Warner Bros. Interactive or Ubisoft, I’d wouldn’t have had any reason to think they were lying. The sandbox I saw took place at night during a snowstorm, and the lighting and weather effects were impressive. The game’s framerate also seemed to hold steady, even during moments of intense action.