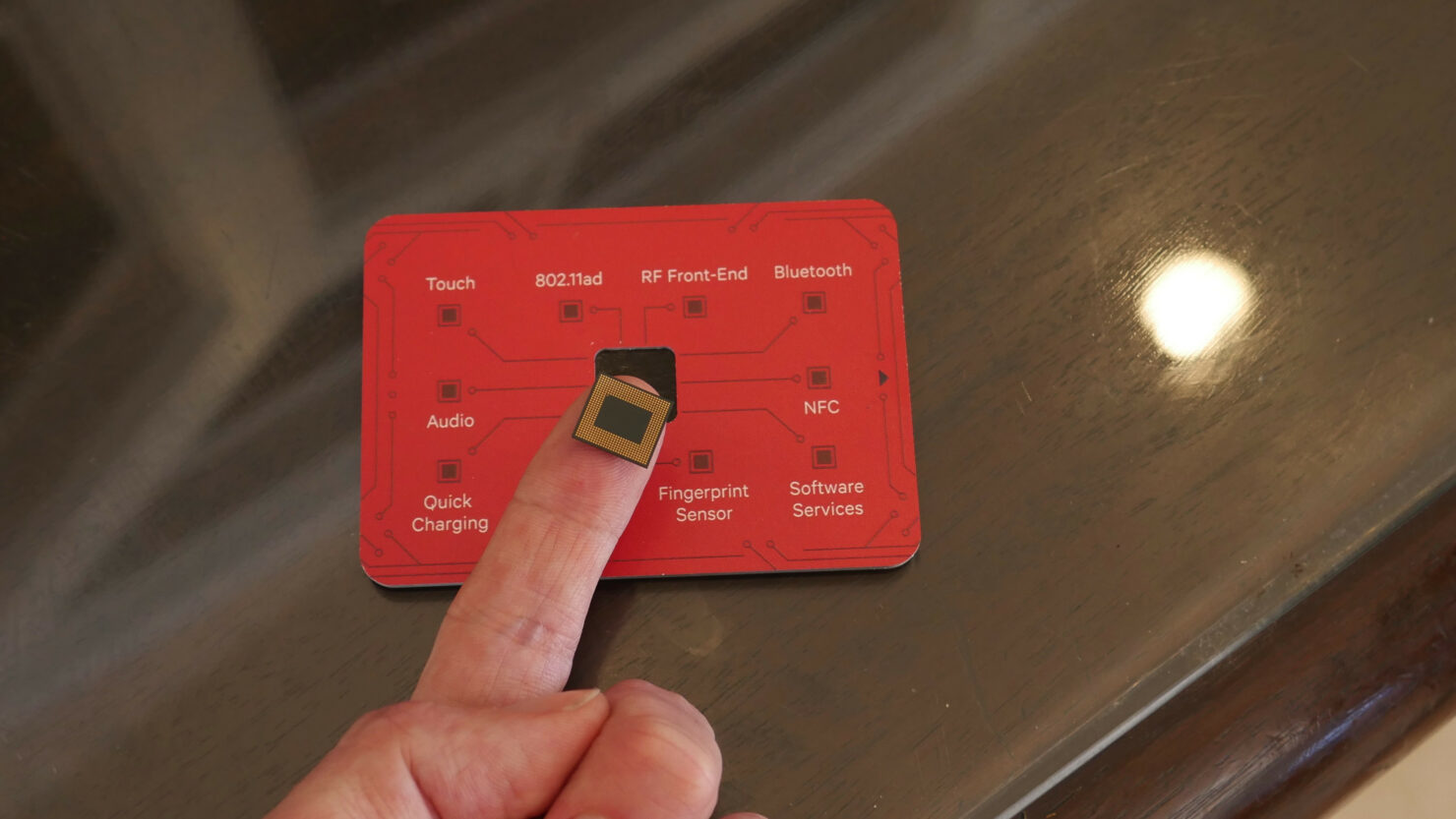 By timing its hardware launches in September, Apple is now able to sneak past Android in launching new chips. After becoming the first company to introduce the first 64-bit processor with the iPhone 5s, the Cupertino tech giant currently has the fastest smartphone chip in the market.

To counter this, Qualcomm will launch the Snapdragon 865 later this year. The chip, whether launched in November or in December, will be fabricated by Samsung suggests a single report. Qualcomm's current high-end chip, the Snapdragon 855, is made by TSMC. Now, we've got optimistic, alleged benchmarks for the upcoming high-end Android SoC. Take a look below for more details.

Right now, we've got nothing but rumors about the Qualcomm Snapdragon 865. With the 855, Qualcomm's started to shift gears with mobile SoCs. 5G modems require tweaking the entire die's microarchitecture, and a growing need for higher performance particularly for low-powered notebook made the San Diego chipmaker switch gears with the Snapdragon 855 (codenamed SMD8150 internally).

Today's alleged benchmark scores for the Snapdragon 865 are its strongest yet; showing an increase in compute and graphics calculations. Before we get to them, you should know that the Snapdragon 865 isn't a stranger on GeekBench. The chip's scores first surfaced at the end of July, and then a flurry of runs took place on August 7th. 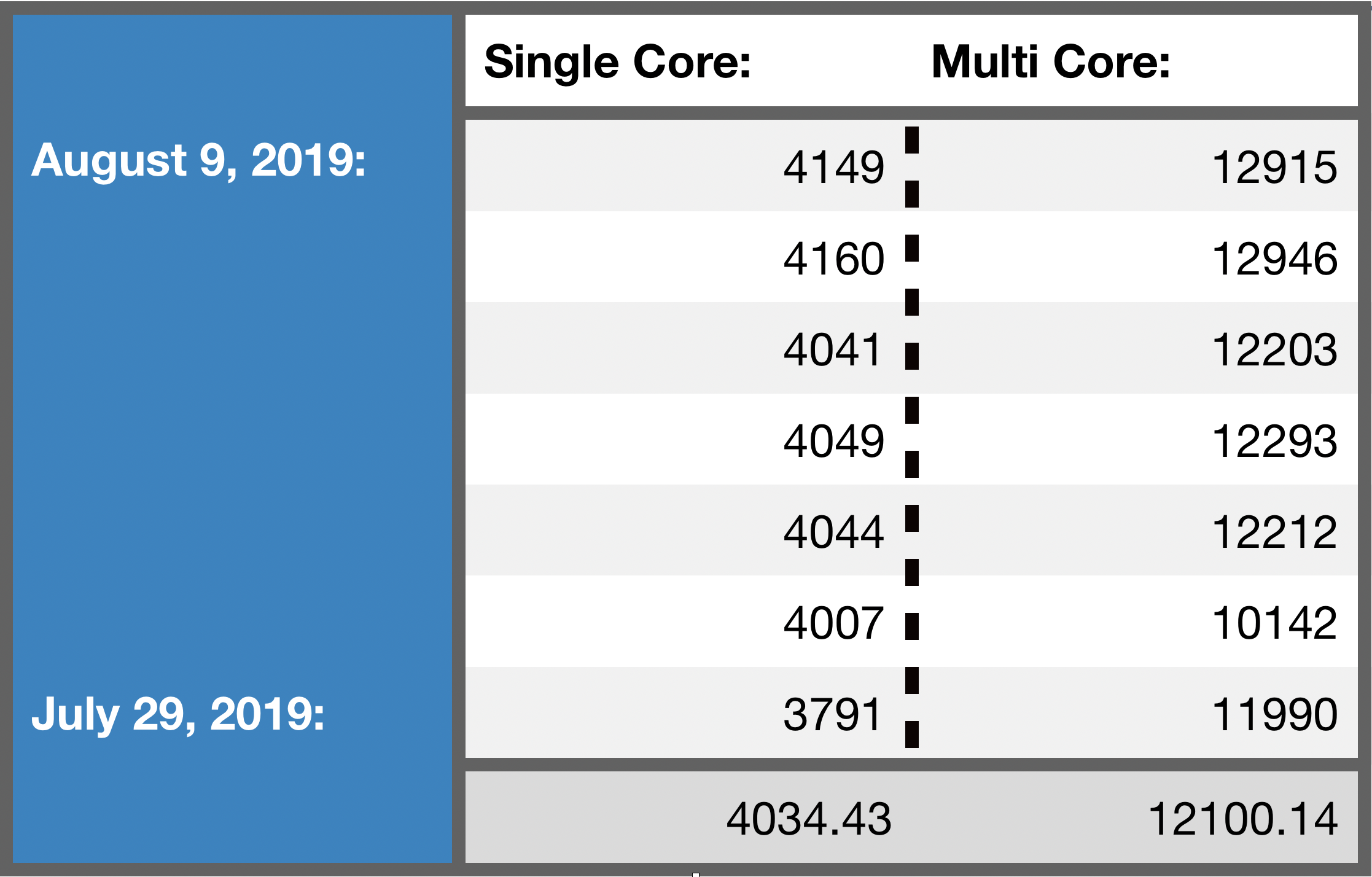 Data on GeekBench for Qualcomm Kona

These aggregate to 4,034 single-core and 12100 multicore points, but if we're to believe a report from the ever-present Ice_Universe then the upcoming chip might push past the 12k barrier and head into new territory. The tipster claims that in a fresh benchmarking run (not for 'QUALCOMM Kona for arm64') the Snapdragon 865 scores 4250 single-core and 13300 multicore points, marking a 10% gain over average multi-core performance.

Additionally, the chip also runs Manhattan 3.0 at 125 frames/second. Presumably, this score is from the offscreen testing, as the Snapdragon 855's Adreno 640* GPU runs this test at 112 fps. The iPhone 11, on the other hand, is known to reach 179 frames per second on GFX 3.1 Manhattan Offscreen. Ice also promises a 20% power efficiency boost on the chip, despite the fact that Qualcomm will shift its fabrication this year. Apple's A13 SoC, fabricated on a second iteration of TSMC's 7nm node also achieves a 20% power boost for the entire die.

Qualcomm tweaked the A76's ROB with the custom Kryo architecture on the Snapdragon 855, but it's unclear what changes the company will make on the Snapdragon 865's custom cores. More details for the chip should surface soon if we're hopeful. Additionally, it goes without saying that since we haven't seen multiple sources claim similar performance metrics to those present in today's report, refrain from reaching concrete conclusions right now.

Thoughts? let us know what you think in the comments section below and stay tuned. We'll keep you updated on the latest.

*Typos corrected. Thank you for the spot!