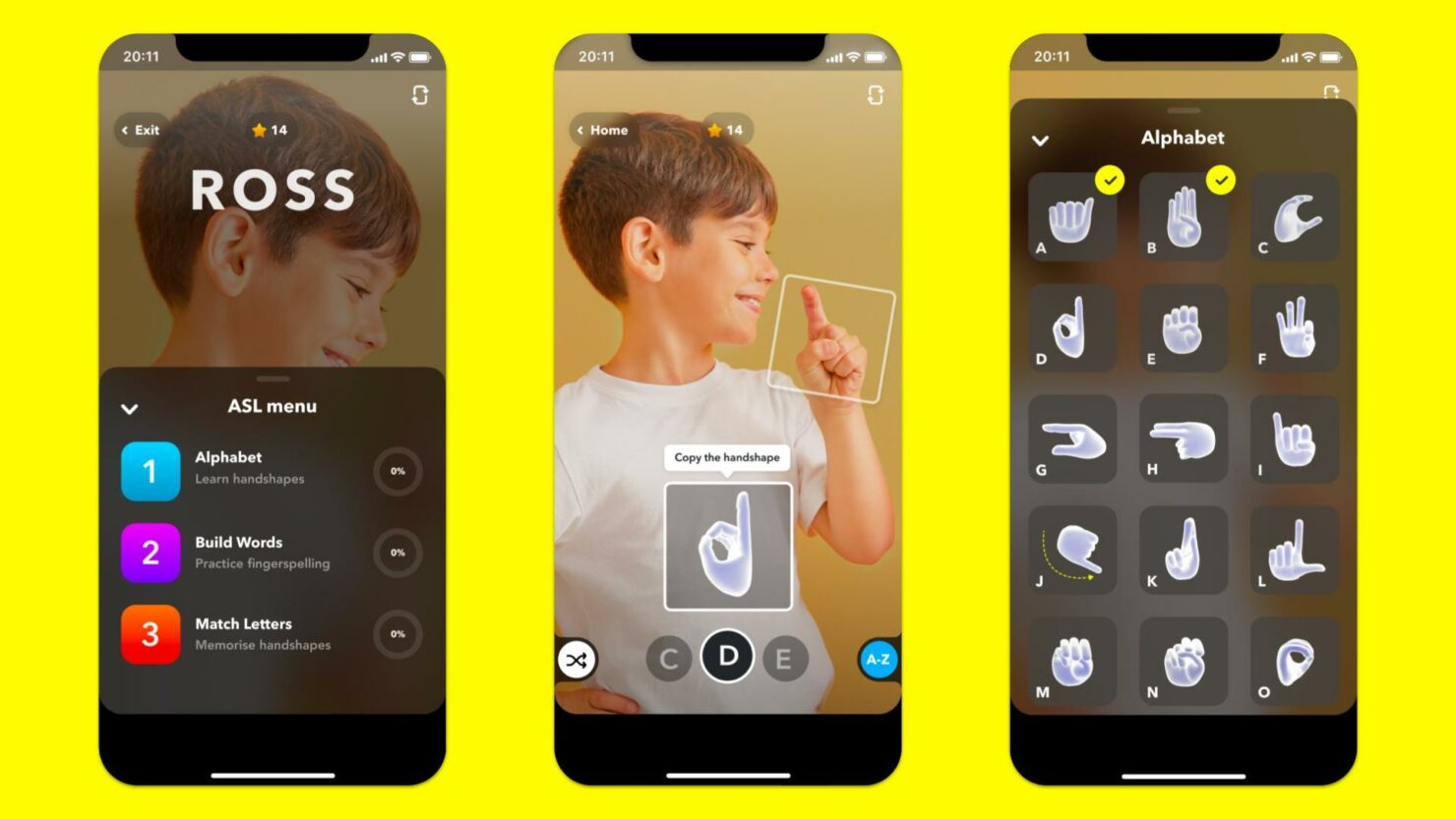 Snapchat has been around for a long, long time and despite many social media platforms taking some chunks and copying the features of the app, Snapchat manages to come up with new ideas and features as well. Sure, the app itself might not be as relevant as it used to be but for anyone who is looking for a good way to send snaps to their friends, Snapchat is still a great way.

“Led entirely by Deaf and Hard-of-Hearing team members here at Snap called the ‘Deafengers’, the ASL Alphabet Lens teaches you to fingerspell your name, practice the ASL Alphabet, and play games that put new skills to the test. It was built using groundbreaking hand-tracking technology that powered last year’s fingerspelling Lenses in honor of International Week of the Deaf.,” stated Snapchat in a newsroom post.

The new American Sign Language AR lens is now available on both iOS and Android devices and you can go ahead and try it out. For those wondering, there are a lot of modes to choose from and they are aimed at different objectives such as learning, memorizing, and more. Users will need to appear in the camera frame and then follow the instructions on-screen.

The new addition is a welcoming one for anyone who is willing to learn American Sign Language in a fun and engaging way. It will be excellent for those who have hearing or speech impaired friends and family. All thanks to the new lens, Snapchat will now be able to reach a wider audience, and will provide a much better mode of communication to those who cannot use the regular means.

Do you want to give American Sign Language a try through the new Snapchat Lens? Let us know in the comments below.