Snapchat Gets A Major Redesign: Enhanced Navigation, Universal Search Bar and Much More! 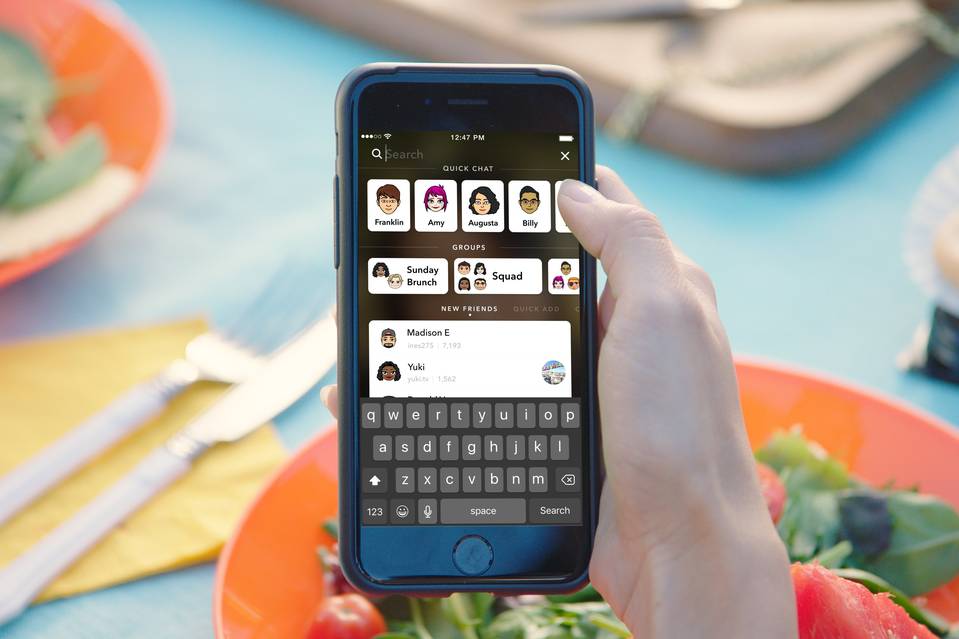 Snapchat is getting a makeover - again. The photo sharing app is gearing up to roll out a major update that will overhaul the outlook of the app. The new look of the app is already made available to the beta testers for Android. With the new update, Snapchat gets a search bar, navigation, and global live story feature that will show the stories from all over the world.

Beta testers who are using the new version say that the app now looks sorted and easier to use and find friends. The latest addition is the search bar, which has been placed above the chat, camera, and Stories options. Users will now be allowed to search for friends on Snapchat along with a slew of shortcuts to access other options on the app. Also, searching for a friend's name on the app brings up the chat option.

What else? The search function also pulls out shortcuts that take you to recent contacts and quick add. Under the 'quick add' option, users will be able to see friend requests along with the contact that they have not yet added to their Snapchat list. Also, users can search for popular publishers on Snapchat within the Discover and live stories.

The latest update also brings changes to navigation on Snapchat. Users will no longer be able to access profile and settings menu by swiping down the camera icon. Besides, Bitmoji has been made more accessible as it can be opened from any section. 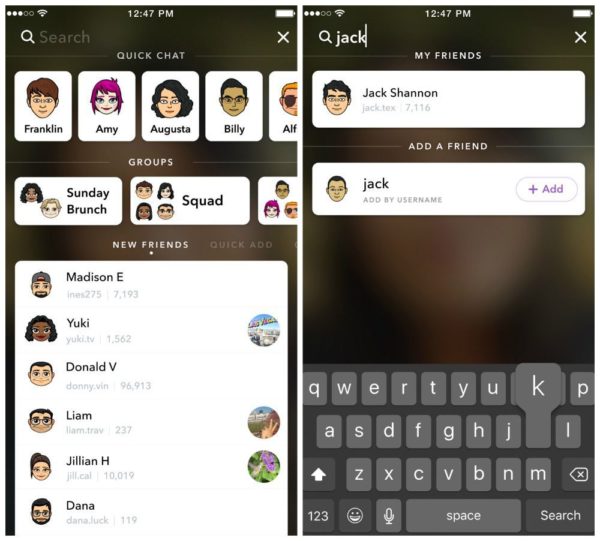 Additionally, the new global live story feature dubbed as "Our Story" can be used by all the users at any given time. Earlier, the live story feature was limited to location-specific events such as Concerts, Breaking News, Sports, and others. There are other nifty features onboard as well, such as "best friends" section under the "friends" option - it curates a list of friends who are frequently contacted by the user. It reminds us of the "best friends" section that was eliminated by Snapchat, two years ago. Unlike the old best friends section that was visible to everyone, the new section is only visible to the profile owner.

The biggest sigh of relief that the update brings is easy to navigate design that is not confusing like the old that design. Over a period, Snapchat faced a lot of criticism for its challenging design interface. The new update makes the app easier to use, and users can find anything or anyone with a single tap rather than getting lost between menus.

Snapchat has already rolled out the latest version to select Android users who are the part of company's beta program. The update is expected to hit iOS users too.

Stay tuned with us for more news on Snapchat's new update.