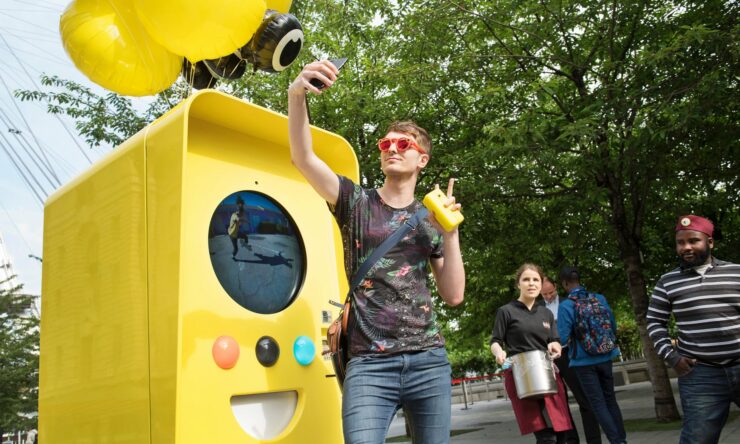 Snapchat has been in many headlines over the past few months. Why? Well that you must have guessed by now. Snapchat has many rivals who are trying very hard to become like Snapchat and you already know who they are so I won’t take the name. The only thing that sets this social media app apart from its copy-cat rivals is the beautiful and trendy Snapchat spectacles. People in Europe have been waiting very long for the trendy specs to reach their continent and it has finally reached there.

Snapbots and Specs in Europe

A population of 55 million people will be very pleased to know that after a little too long US exclusivity period, the spectacles are now available in the old continent. Initially people in the US had to work very hard to get their hands on this trendy set of limited edition specs. These were distributed solely through physical vending machines called snapbots. So just imagine the hard work involved.

The Snapbots are finally coming to Europe but it is expected that open online sales will hurt their appeal. True fans like to get things that ‘play’ hard to get so there is a possibility that the spectacles will lose their charm somewhat. The Snapbots are to be installed in London, Paris, Berlin, Barcelona and Venice. It is expected that these machines will regularly move around like they did in Tulsa, Pasadena or Columbus last fall and winter.

Both offline and on spectacles.com, the spectacles cost £129.99 for British buyers and €149.99 as far as everyone else is concerned. ‘Everyone’ includes people in Austria, Belgium, Denmark, Finland, France, Germany, Ireland, Italy, Netherlands, Norway, Spain, Sweden and Switzerland. Obviously this list still doesn’t include many countries from the continent but it’s just a start, right? All around the world, there are more than 166 million people visiting Snapchat daily and this number continues to grow.