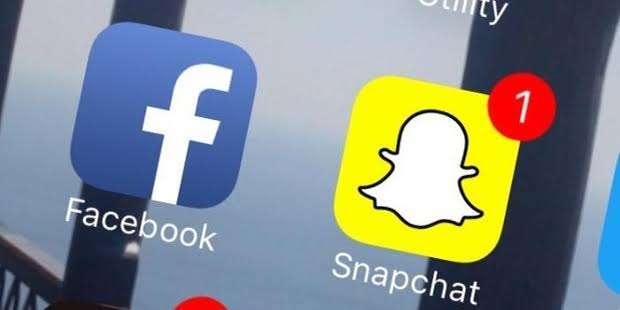 For years, Facebook (NASDAQ:FB) used its heft to undercut competitors either by copying their features or buying them outright. Well now it seems that the chickens have come home to roost. Today, the Wall street Journal has revealed that Snap (NYSE:SNAP), the company behind the popular Snapchat platform, has prepared a dossier – aptly named “Project Voldemort” – which will be provided to the Federal Trade Commission (FTC) in order to aid the regulator’s ongoing probe into Facebook’s antitrust violations.

The dossier reportedly describes in detail the myriad ways that Facebook used to undermine Snapchat. The tech giant has unabashedly incorporated into its Instagram app a series of features that once were the hallmark of Snapchat. For example, in 2016, Facebook acquired the MSQRD app that provided the ability to alter faces with funny effects and was, in many ways, identical to the Lens filter offered on Snapchat. Other Snapchat features that Facebook has copied over the recent past include similar QR code-scanning ability and camera interface for Messenger as well as identical geofilters – dubbed ‘frames’ – and selfie masks for live videos. However, Facebook’s most aggressive attack has been Instagram’s adoption of Snapchat’s iconic “Story” format that allows users to post pictures and videos that disappear after 24 hours.

A major point of contention for Snapchat has been the various tactics used by Facebook to prevent its content from trending on Instagram. In the Voldemort dossier, Snapchat’s executives have relayed their concerns regarding Instagram’s alleged blocking of searches that included the Snapchat hashtag and preventing content that incorporated this hashtag from appearing in the ‘explore’ section of the app. Moreover, Instagram has also allegedly prevented influencers from posting Snapchat links to their Instagram profile pages by threatening to remove their verified status which, in turn, is vital for such influencers to gain monetization deals.

As part of its expansive antitrust investigation against Facebook, the FTC has also been looking into the tech giant’s acquisition of Onavo, an Israeli mobile analytics firm. According to the Wall Street Journal’s investigation in 2017, Onavo offered a free VPN service to secure the data of its users. However, the VPN app redirected its users’ internet traffic through Facebook’s servers which, in turn, allowed Facebook to track the online actions of those users.

This is of course not the first time that Facebook has found itself at the receiving end of bureaucratic scrutiny. In July 2019, the tech behemoth was fined a record $5 Billion over mishandling of its user data. In addition, the company was also required to adhere to a number of regulations. These actions were a direct result of the uproar over the infamous Cambridge Analytica scandal wherein the data-analytics firm was able to gain unauthorized access to the private data of 50 million Facebook users. Moreover, the House Judiciary Committee has recently opened an investigation into the matters concerning Facebook’s acquisition of Instagram in 2012 and WhatsApp in 2014. Although the Committee does not have enforcement power, the obvious caveat here is that its negative observations may spur the FTC to take further punitive action against Facebook.

It is notable here that the fortunes of the two tech rivals seem to have reversed. While Snap has largely recovered from the disastrous design overhaul of its app and has recently reported an increase of 15 percent in its daily Active Users (DAU) which now cumulatively stand at 203 million, Facebook seems to be floundering from one scandal to another. It would be wrong, however, to write-off the company as a has-been. On the contrary, with the recent quarter’s revenue amounting to $16.9 Billion and representing a 28 percent year-on-year increase, Facebook remains a well-oiled cash generating machine. Moreover, the company has started to mend its ways as indicated by its much-publicized intention (read our related coverage here) of constituting an Oversight Board to monitor its content policing activities. Nonetheless, Facebook’s road to gaining user trust remains long and arduous.

It's worth noting that there is a difference between a company taking what are viewed as legitimate steps to protect its business from competitors and actions which are viewed as unfair and inappropriately anti-competitive. Many businesses, including Facebook do what they can to build barriers to entry in what they view as "their turf" and sometimes these can seem harsh but the question is generally around fairness. Not linking to a competitor is of course a no brainer, but incentivising or forcing influencers and others away from competitors is probably viewed with a bit more scorn from an anti-competitive perspective. It will be interesting to see how things evolve from here.