SMIC – China’s Largest Semiconductor Foundry – to Raise Around $6.55 Billion in Fresh Funding as the Company Leverages Its Enhanced Importance 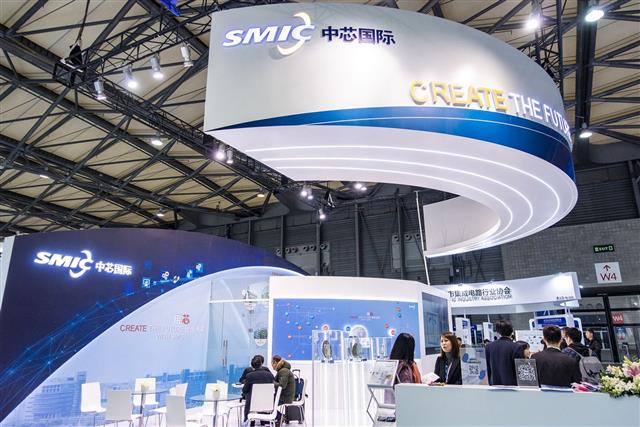 SMIC (HKG:0981), the operator of the largest semiconductor foundry in China, has adopted a pivotal role in the ongoing multi-faceted spat between the U.S. and China. The company has become the focal point of a concerted effort by Beijing to maintain a continuous supply of semiconductors to the local industry even as Washington tries to thwart this flow, as evidenced by the Trump administration’s efforts to block silicon heavyweights around the globe from delivering semiconductor components to Huawei or its affiliate HiSilicon.

Nonetheless, SMIC appears ready to deploy its added heft in order to secure economic gains. As an illustration, in a filing with the Shanghai Stock Exchange on Sunday, the company revealed that it will raise as much as 46.29 billion yuan or $6.55 billion by selling new shares on the exchange at a price of 27.46 yuan per share. Interestingly, the latest financing target is more than double the 20 billion yuan that SMIC originally sought to raise.

Bear in mind that the primary underwriter in this deal – Haitong Securities – retains the option to expand the size of the offering by 15 percent. Should this occur, SMIC will be able to raise as much as 53.23 billion yuan or $7.53 billion. Moreover, in a development that bodes well for the overall enthusiasm, the institutional portion of the deal was nearly 165 times subscribed. For instance, Singapore's GIC Private Limited subscribed to shares worth 3 billion yuan while the Abu Dhabi Investment Authority subscribed to around 400-million-yuan worth of shares, according to SMIC. Moreover, China’s “big fund” – the National Integrated Circuit Industry Investment Fund – is investing 3.5 billion yuan in the company. With the institutional part of the deal largely taken care of, online subscriptions for individual investors will commence this Tuesday.

Notably, should SMIC be able to complete this deal at the stated level, the offering would value the company at 109.25 times its 2019 earnings, based on the expanded share base, according to the filing with the Shanghai Stock Exchange. For comparison, TSMC currently has a trailing price-to-earnings ratio of 21.315. In anticipation, SMIC's Hong Kong-listed shares rose over 5 percent on Friday to HK$33.25. Since March, the company’s shares have registered a cumulative gain of 172.5 percent.

As stated earlier, leading Chinese tech enterprise have been subjected to a relentless volley by Washington over the recent months as the multifaceted spat between the U.S. and China continues to escalate. Back in May, the U.S. banned the export of any semiconductor that incorporated American technology to Huawei or its affiliate, HiSilicon. Given these evolving dynamics, Huawei is now increasingly relying upon the silicon components sourced from SMIC for the wide range of its products.