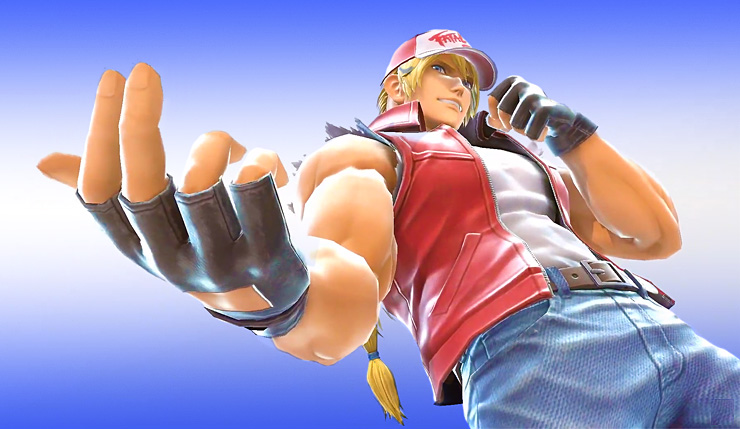 One of the biggest Nintendo Directs of the year just wrapped up, and, as expected, it was packed with Super Smash Bros. Ultimate news. For starters, Banjo & Kazooie will be joining the fight today. Smash Bros. mastermind Masahiro Sakurai followed the Direct up with a demo of the bird ‘n’ bear combo – you can check it out below.

Unsurprisingly, it looks like Banjo & Kazooie are good ranged fighter, with Kazooie being able to blast enemies with eggs, grenades, and shield Banjo with her wing as he goes for a charge attack. After the somewhat over-complicated Dragon Quest Hero, Banjo & Kazooie look like a nice straightforward option for regular Smash players. Banjo & Kazooie can be purchased for $6 dollars on their own or as part of the game's $25 Fighters Pack.

In other news, following a leak yesterday, it’s now been confirmed that SNK fighter stalwart Terry Bogard will be joining the fight. Terry was introduced in a fun trailer that teased a number of other favorite SNK fighters, but, unsurprisingly, it’s Terry that gets to throw down with Mario and the rest. Check out the Terry Bogard trailer, below.

A part of me wishes Nintendo had blown up the Internet with Mai Shiranui, but hey, there’s still a chance she could hit the game. Why do I say that? Well, Nintendo has announced that Smash Bros. Ultimate will be getting additional DLC characters beyond the five included in the first Fighters Pass. No word yet on how many additional fighters are on the way, but I wouldn’t be surprised if we get another full Fighters Pass. Sakurai just seems to be having too much fun adding weird new characters to the game.

Super Smash Bros. Ultimate is available now on Nintendo Switch. As mentioned, Banjo-Kazooie launch later today and Terry Bogard arrives sometime in November. What do you think? Excited for the new additions? Who do you want to see in the game now that we know we’re getting another batch of fighters?