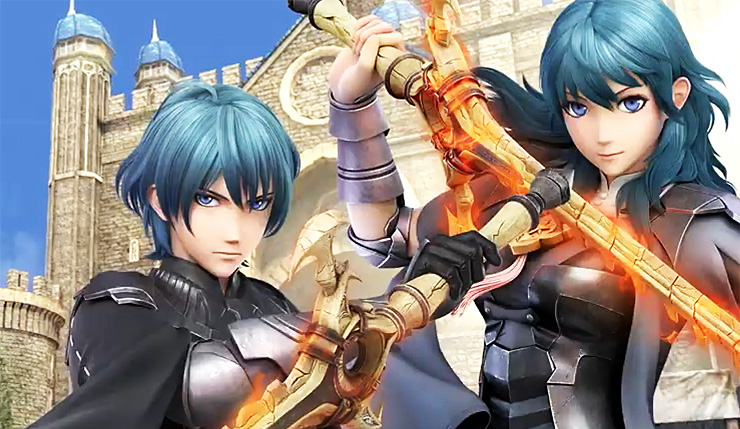 Super Smash Bros. Ultimate recently launched its latest DLC character, and to some fans’ dismay, it was yet another Fire Emblem character, Byleth. Not that there’d be anything wrong with a couple Fire Emblem characters, but there are currently a whopping eight FE characters in Ultimate (Marth, Roy, Lucina, Chrom, Ike, Robin, Corrin, and Byleth). That means there’s more fighters from Fire Emblem than, say, The Legend of Zelda or Metroid. Only Mario is better represented. In addition to the overabundance of Fire Emblem characters, there’s just generally too many sword-wielding knight-type characters, what with Link, Kid Icarus, Cloud, and others being the game as well.

Well, surprisingly, it turns out Smash Bros. creator Masahiro Sakurai agrees with those who think there are too darn many Fire Emblem characters. Here’s what Sakurai had to say in his latest Famitsu column (thanks to Siliconera for the translation).

Despite recognizing the problem, there’s not much Sakurai can do about it, because he admits it’s not up to him to choose the fighters…

I don’t choose the fighters based on my own preference, that’s for Nintendo to bring in.

Not too terribly surprising, as I’m sure there would be more Kirby characters if Sakurai had his way, but this is the first time I’ve heard him outright admit he doesn’t choose the fighters. Since launch, Super Smash Bros. Ultimate has received five additional characters (Persona 5’s Joker, Dragon Quest XII’s Hero, Banjo & Kazooie, Fatal Fury’s Terry Bogard, and Byleth) as part of its first Fighters Pass. A second Fighters Pass featuring six more characters has been announced.