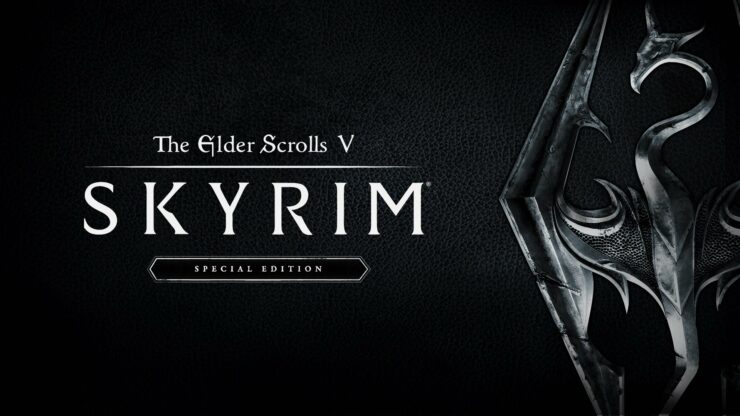 The download size for the upcoming Skyrim remaster, Skyrim Special Edition, has been revealed trough the Microsoft Xbox Store.

While the original Skyrim for the Xbox 360 (without any expansions) weighed in at only 4GB, its Xbox One counterpart is ‘somewhat’ larger – about 5 to 6 times as large to be precise.

The download size of Bethesda’s remastered version of Skyrim was revealed via the Australian Microsoft Store, and clocks in at 22.75GB. Of course, the remastered version includes all of the game’s DLC, but its still a big leap in file size. 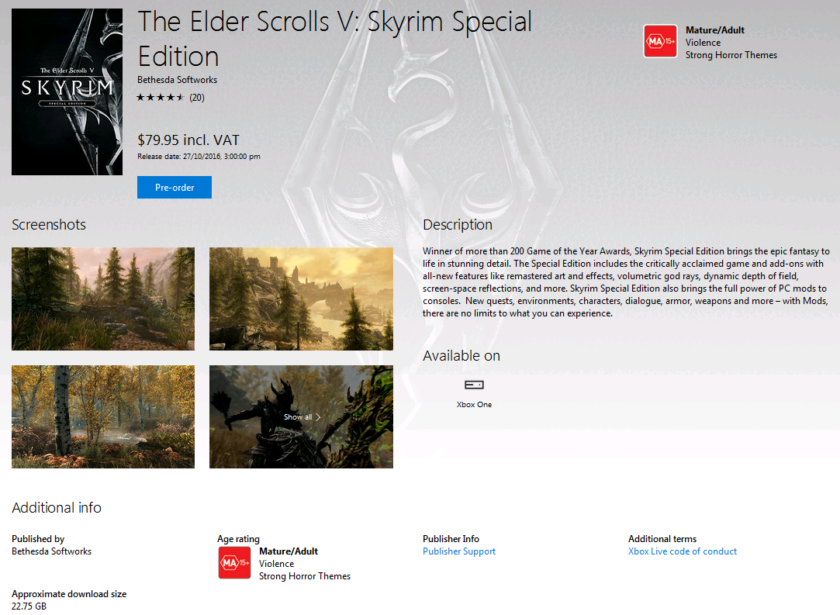 Those who have purchased The Elder Scrolls V: Skyrim on PC complete with all of the game’s DLC will be able to get the Special Edition at no additional cost. 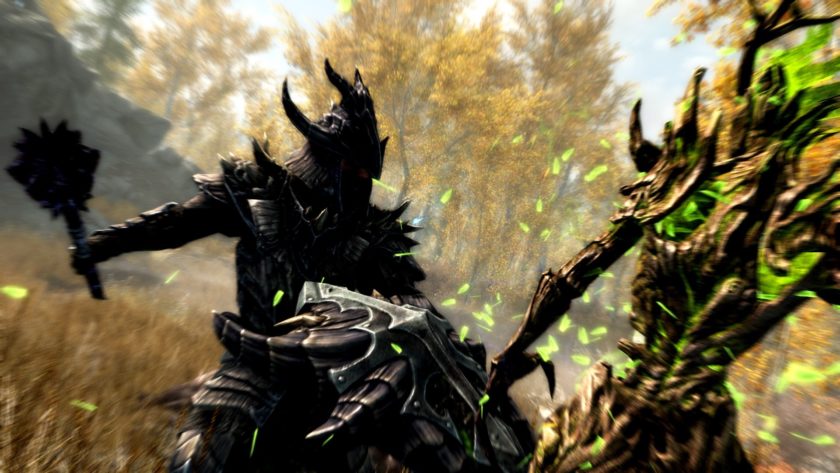 Apart from PC mods, the remastered Skyrim will also support mods on Xbox One. On PS4, the game will ship without mod support due to approval issues with Sony. According to Bethesda's Pete Hines, Bethesda is still looking for some sort of mod support on Sony's console.

"After months of discussion with Sony, we regret to say that while we have long been ready to offer mod support on PlayStation 4, Sony has informed us they will not approve user mods the way they should work: where users can do anything they want for either Fallout 4 or Skyrim Special Edition," Bethesda stated last month.

The Elder Scrolls V: Skyrim Special Edition is scheduled for a release on PC, Xbox One and PS4 on October 28.