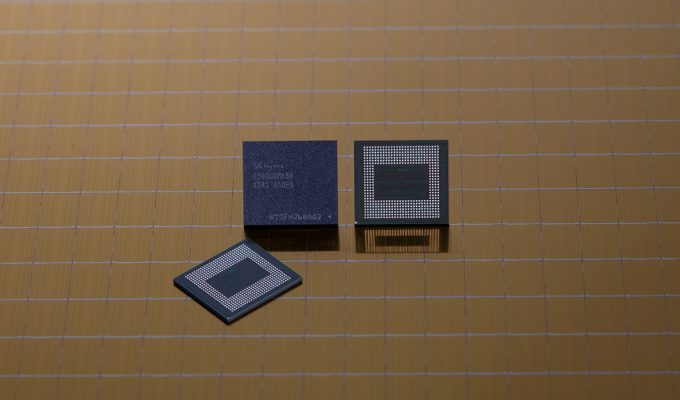 SK hynix, Inc., a Korean-based computer hardware company, has started in March the production of LPDDR5 Mobile DRAM for their smartphone lines.

The LPDDR5 Mobile DRAM is currently the only DRAM on the market to offer the largest capacity in the mobile industry. It is planned to be installed on high-end, premium mobile smartphones, allowing high resolutions and high quality videos, perfect for the best mobile gaming experience available.

SK hynix, Inc. also anticipates that they will also proceed to continue research and application of other mobile needs, such as more powerful camera performance and increasing their artificial intelligence for maximum use.

A spokesperson from SK Hynix, Inc. states that they expect processing speeds and quality of images to improve thanks to the expansion of temporary data storage, which is an increase of a previous 16-gigabyte product.

The newer memory will also feature 6400 Mbps, an improvement from their current 5500 Mbps model by close to 16 percent. A spokesman also states that it will be able to run ten FHD 5GB movies per second.

The most recent application of the LPDDR5 Mobile DRAM was when it was utilized for their 18GB upcoming ROG (Republic of Gamers) mobile gaming phone.

[..]the demand of LPDDR5 DRAM accounts for about 10% of the entire mobile DRAM market currently, and the share is estimated to increase to more than 50% by 2023 as high-tech devices are adopted in a widening range of applications.

With improved productivity and cost competitiveness, the latest 1anm DRAM will not only help secure high profitability, but also solidify SK hynix’s status as a leading technology company with early adoption of the EUV lithography technology for mass production.