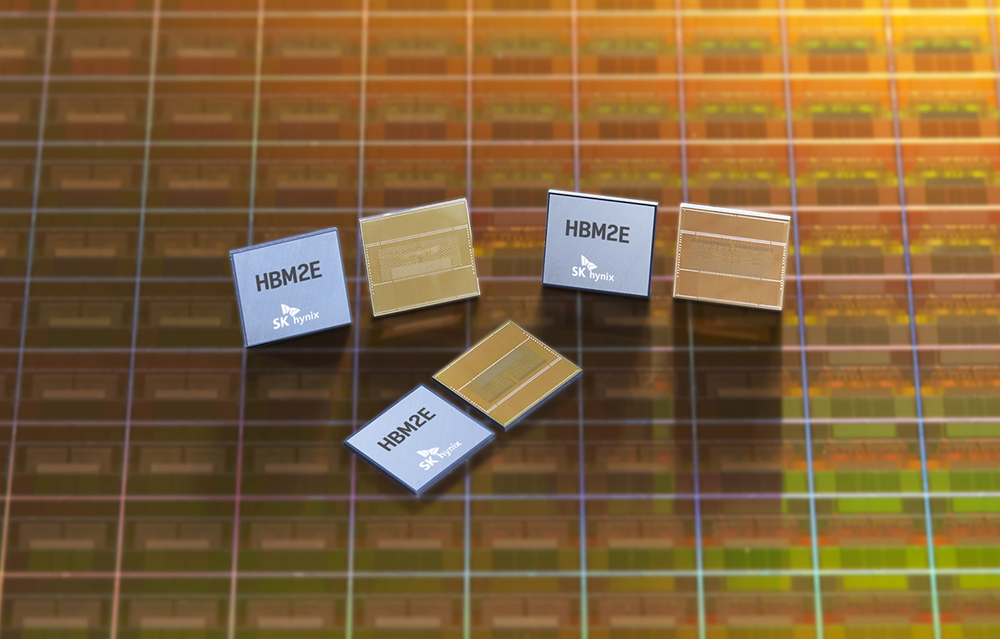 SK Hynix announced that it has started the full-scale mass-production of high-speed DRAM, ‘HBM2E’, only ten months after the Company announced the development of the new product in August last year. SK Hynix's HBM2E supports over 460GB (Gigabyte) per second with 1,024 I/Os (Inputs/Outputs) based on the 3.6GBps (gigabits-per-second) speed performance per pin. It is the fastest DRAM solution in the industry, being able to transmit 124 FHD (full-HD) movies (3.7GB each) per second.

The density is 16GB by vertically stacking eight 16GB chips through TSV (Through Silicon Via) technology, and it is more than doubled from the previous generation (HBM2). TSV is an interconnecting technology that connects the upper and lower chips through thousands of fine holes on the DRAM chip.

It delivers data, commands, and currents through column-shaped paths that penetrate the entire silicon wafer thickness after stacking multiple DRAM chips on the buffer chip. It also has up to a 30% decrease in size and up to a 50% decrease in power consumption over existing packaging methods. 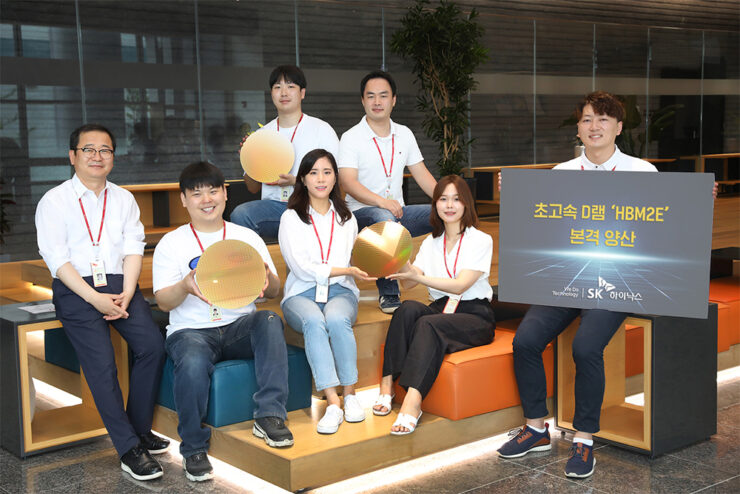 HBM2E boasts high-speed, high-capacity, and low-power characteristics; it is an optimal memory solution for next-generation AI (Artificial Intelligence) systems including Deep Learning Accelerator and High-Performance Computing, which all require high-level computing performance. Following are some of the key points of SK Hynix's HBM2E memory:

TSV (Through Silicon Via)

Furthermore, it is expected to be applied to the Exascale supercomputer – a high-performance computing system that can perform calculations a quintillion times per second – that will lead the research of next-generation basic and applied science, such as climate changes, bio-medics, and space exploration.

“SK Hynix has been at the forefront of technology innovation that contributes to human civilization with achievements including the world’s first development of HBM products,” said Jonghoon Oh, Executive Vice President and Chief Marketing Officer (CMO) at SK Hynix. “With the full-scale mass-production of HBM2E, we will continue to strengthen our presence in the premium memory market and lead the fourth industrial revolution.”