SimCity Developer says that EA is a “Great place to work, but it all comes down to money”

Last week we reported that the development studio responsible for the SimCIty franchise Maxis Emeryville, got shutdown by EA. Now a previous Maxis employee using the name Vertexnormal took to reddit during the weekend to shine some light on some of the struggles that can be had by working for EA, but still maintaining that "it's a great place to work". 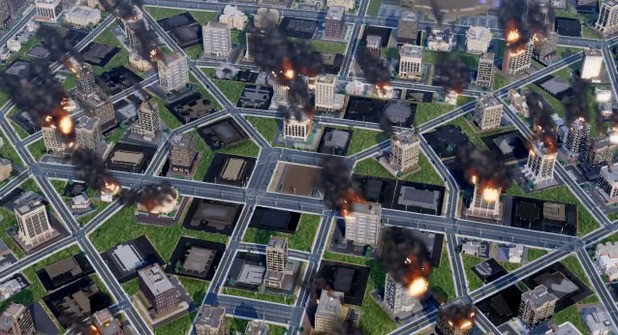 Over on reddit there's a pretty long thread going, about EA's closure of the studio Maxis Emeryville. And a former Maxis employee has posted quite a lot in that particular thread. The developer has mentioned that the long delay between releasing SimCity 4 and the SimCity from 2013, was due to the SImCity 4 expansion not "printing money" as well as The Sims did, and therefore EA choose to deprioritize a new SimCity.

Money. It all comes down to money. EA as a corporation doesn't share our sense of obligation out of sentimentality. Hence today's announcement.

The long gap is probably caused by several factors. First was that the expansion for SC4 didn't print cash like The Sims was at the time. Sure it made money, but The Sims had a HUGE (I remember reading 16x) return on the investment. So it got deprioritized to make The Sims 2. Which again made huge returns.

The developer goes on to explain a bit of how EA actually deal with conceptualizing games and how preproduction works for a studio under EA.

EA has adopted a greenlight gating process. Where by with little or no capital invested they have a few highly talented senior designers/creative types come up with the framework of a game. They develop what they can as proof of concept, usually simple gameplay prototypes and concept art, which is then presented to EA. This sets up a series of gates and reviews whereby they get more money and manpower as it seems necessary and the time to work on the gameplay, engine, and artistic style. This whole period is called preproduction, and can last from a few months to a few years.

At some point you go into production, which means you know what you are making, how you are going to do it, how they are going to sell it and hard numbers to back all of that up. Some time after that, when marketing thinks it is right, they will announce the game to the public. From that point on nothing changes from the public facing. Once locked into 'online-only' there was no way of changing it. People complained that the cities were too small but there was no way to address that without compromising the numbers and forecasts when the game was sold to EA's corporate overseers. EA can't be negotiated with at this level, you can't change their mind, you REALLY have to fight to get dates changed etc.

So, during that 10 year wait there was almost 9 years of silence. 3 or 4 of those years had active development of the game that shipped, with another year or more of a small group of creatives. There were other attempts that never made the light of day, and products (Simcity Societies comes to mind) that didn't deliver that 'SimCity' experience.

So 3 to 4 years of active development, and a year or so of preproduction, seems to be what we should take out of this. And during that time EA pumped out content for The Sims, and of course other non-Maxis produced games. It's sad to see EA chew up studios and franchises, but it has been this way for years sadly.

The developer doesn't fault EA with the above mentioned process, since it is meant to minimize risk and it "does pretty well at that", and ends by stating that EA is actually a great place to work at even if EA as a company will prioritize making money first. If you want to check out all of the developers posts on reddit regarding this, you can do so here.

And for those of you that want to read a funny little comic-strip related to all of this, you can do so here.