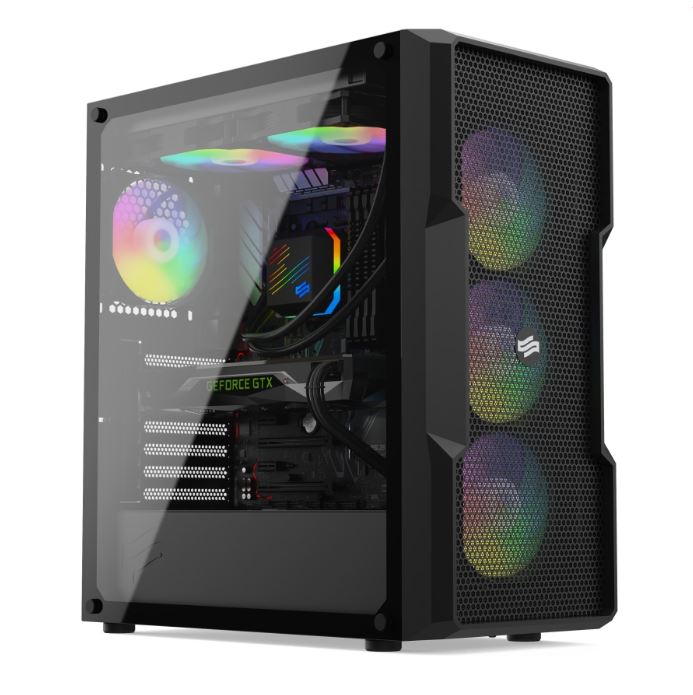 SilentiumPC has expanded the Regnum case series with two magnificently equipped and airflow orientated mid-towers. The Regnum RG6V TG PC case offers a wide assortment of features, which makes the most of the limited size of this mid-tower PC case. This case has a total of four pre-installed Sigma HP 120 mm fans, this in combination with the mesh front panel, allows this case to offer exceptional airflow. The Regnum RG6V EVO TG ARGB PC case comes installed with four Stella HP ARGB CF 120 mm case fans, and these fans provide "state of the art" ARGB lighting.

SilentiumPC's development team has worked on and improved the two-chamber structure and internal layout to achieve further show off their fantastic cases. The inner structure, called Natissis, gives the two cases fantastic flexibility, especially when it comes to selecting components for high-performance systems.

This case offers support for the E-ATX, ATX, mATX, and Mini-ITX, which can be installed and combined with a graphics card with a length of up to 360 mm. This case can offer support for CPU coolers with a height of up to 162 mm or AIO water cooling systems with radiator sizes from 120 to 360 that can be fitted. 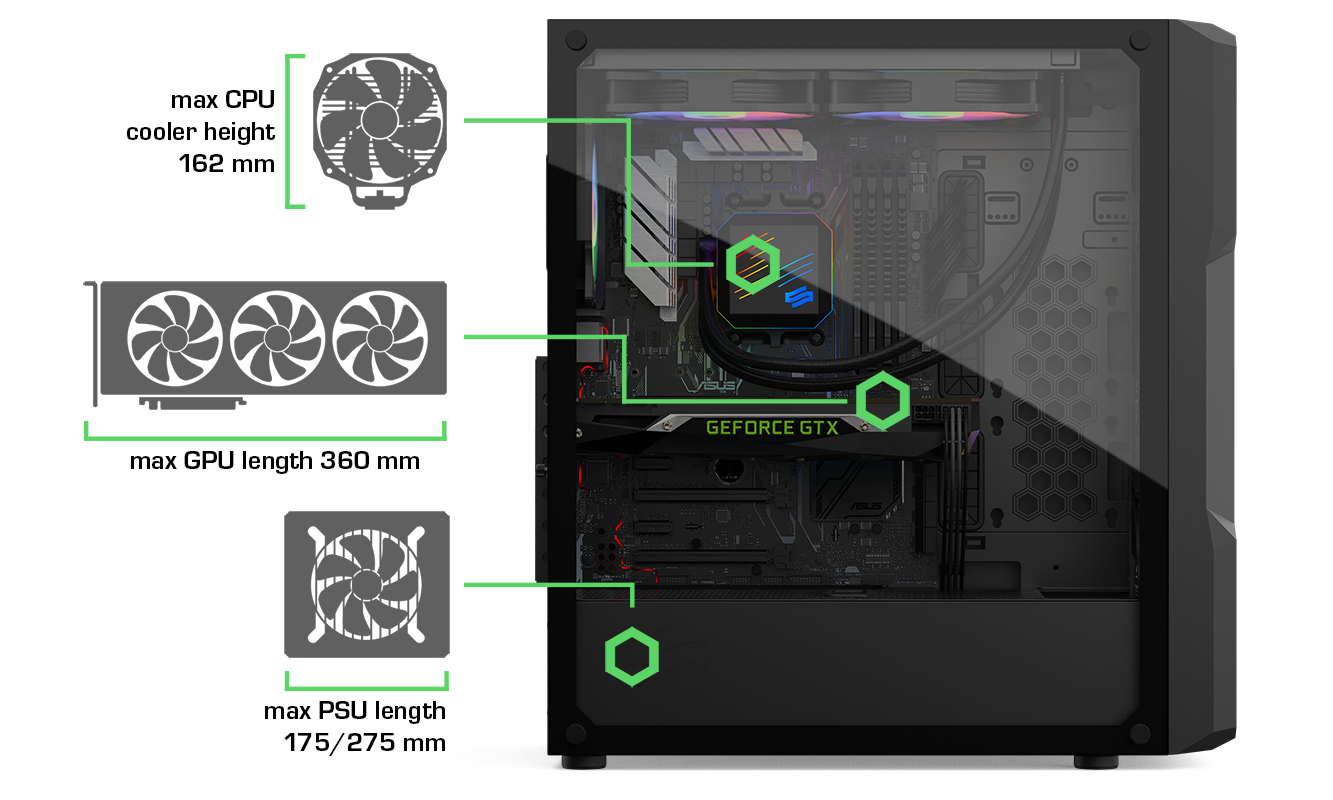 The sophisticated natissis internal structure, the routing of many cables inside the PC case, is straightforward and comfortable. On the back of the motherboard tray, there are three cable clips, and no less than twenty-four fixtures for fastening cable ties are implemented. There are also a total of seven rubber grommets are added for cable routing inside the case for more convenient and tidy cable management.

Both of these PC cases utilize a tempered glass side window, which brings the installed components easily visible. The SilentiumPC Regnum RG6V TG and the Regnum RG6V EVO TG ARGB are available as of today, with pricing set at €56.00 (converted to roughly $61.58) and €69.00 (converted to approximately $75.88), respectively. The two-year warranty comes standard.