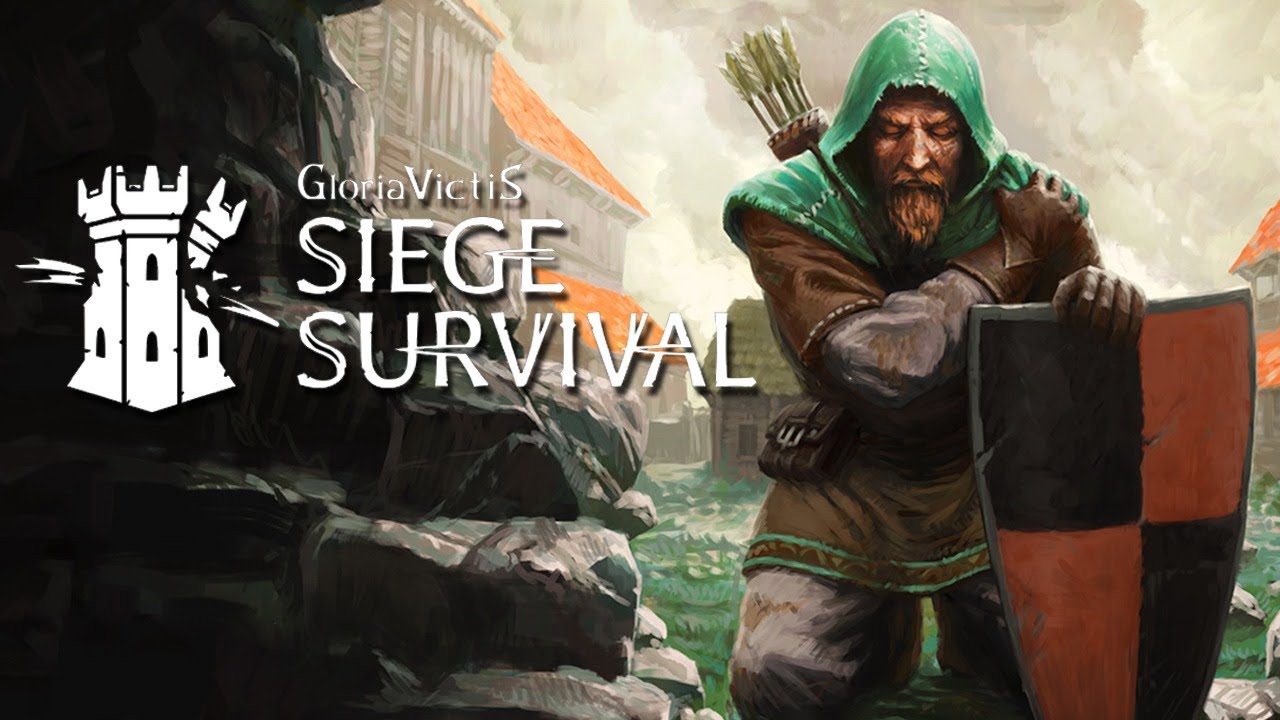 You know, I've never played Gloria Victis. It surprises me because, like the Ferengi, I'm not much of a fan of humans. Why I play MMO's as much as I do, I can only imagine it's because I like a world to feel lived in, and humans do give that feeling. The other thing that surprises me about me having never played Gloria Victis is the setting because I'm fond of anything set during the Middle Ages. That latter part sets me up well for playing Siege Survival: Gloria Victis, a game that looks to be taking This War of Mine and going medieval on your arse.

I've recently been able to play a version of Siege Survival: Gloria Victis with a little more on show than the demo currently available on Steam. Playing through the first fifteen days of the main game mode, I've been able to explore more of the city, meet more of the inhabitants and run, tail between my legs, from more attackers. I've genuinely had quite a bit of fun with the game while playing it, and I'll talk a bit about why that is, but before that, let's talk about what the game is.

The setup is a simple one. You live in a city called Edring, part of the Kingdom of Midland. The city gets attacked by the Ismirs, a rival kingdom, and taken by surprise; they break into the city. You and whoever else can flee to the castle walls within the city, with the game offering a few text-based options at the start, such as you choosing if the soldiers protected the regular people, or the workers, as they fled to the castle.

Do these decisions make much of a difference? I honestly don't know. Protecting the workers looks to start you with a few extra supplies. As for protecting the regular villagers, I imagine I've not got that far yet. Another decision is whether the barracks within the castle walls are hit by artillery fire and destroyed or if you see a massive enemy fighter. If I were a betting man, which I am, then both of these things will really matter beyond the fifteen days I've been able to survive through.

Once you get in the game, you'll realise why Siege Survival: Gloria Victis is essentially This War of Mine, but medieval. There are differences. It's more interactive than This War of Mine, with a lot of your actions and decisions being directly controlled by you, with little left to the random number generator gods of gaming. Building, trading, gathering supplies, and even what support you offer to the defenders of the castle; there are what you will be directing.

This is done in two different modes within the game. During the daytime, you'll find yourself within the keep. Here, using what resources and materials you've managed to gather or produce, you can build different facilities like a workbench, water catcher, even a small farm, and more. These will help you with the production of much-needed resources.

It will also be where you support the soldiers defending against frequent attacks from the enemy. You'll do this by crafting meals using the campfire and sending them these. You'll also want to craft some makeshift bandages and medicine for those soldiers that have been injured in earlier attacks. Even better, if you can find weapons and armour while foraging, you can repair these - as well as any damaged in attacks - arming the soldiers. You may even develop enough to craft weapons, bows and arrows, provided you scavenge enough to get this far.

Don't forget you also need to feed your people. You'll start with one, quickly getting another to join you, with more being found as you explore the rest of the city at night. Each of these people will have their own specialities, personalities, and needs. One, for example, is a fat coward. Fortunately, and surprisingly, he doesn't need as much food or water, each having double the effect on him, making him very useful if you're low on supplies.

While you can gather some supplies during the day, within the castle walls, this is very limited. The real supply of your defence comes at night. During the night, you can send one of your characters out into the rest of the town, using a secret passage that the enemy is unaware of, letting you go out, explore, collect and hopefully return without the enemy being aware of your actions.

This mode acts very similar to playing a game like Commandos. You'll control your character by simply clicking on the ground, moving around the city, always staying aware of the noise you're making through either sneaking or running. If you find something to loot, will you risk making more noise to loot it quicker? There are also events around the city, giving you the chance to interact with some survivors and potentially even bring them to your side. These are decisions that could make or break your defence.

While both inside the castle walls during the day and searching the city at night, one thing to remember is that time keeps moving. Your time is limited. Especially at night, this means you need to put some pace into your actions, risking detections. While an enemy hasn't physically caught me during the night, I have been detected. This makes the next few nights ever harder as enemies put more patrols out, making it even harder to collect much-needed supplies.

You may wonder why you'd make the mistakes in getting detected. It's as simple as needing to go out further to get supplies and not knowing where the enemy is coming from. You can use some highlighted hiding spots, and the enemies' line of sight is made visible on the screen, Commandos style, but the only way to make the night easier on you is by unlocking some of the other secret passages and shortcuts. To unlock these, as with other events, you're likely going to need some equipment like a shovel, weapon, or torch, and ensure you make the right decisions.

While I've only had the chance to play the first fifteen days, and there are many events yet to take place in the main story of Siege Survival: Gloria Victis, I already know I like the game. Decision-based titles such as this and This War of Mine are ones that always suck me in. You're under pressure, your actions matter far more than in most titles, and the results of your actions are almost immediately noticeable.

Will you survive in this besieged city? You can try out the demo on Steam now, with the full title being released by developers Black Eye Games and FishTankStudio within a few months.