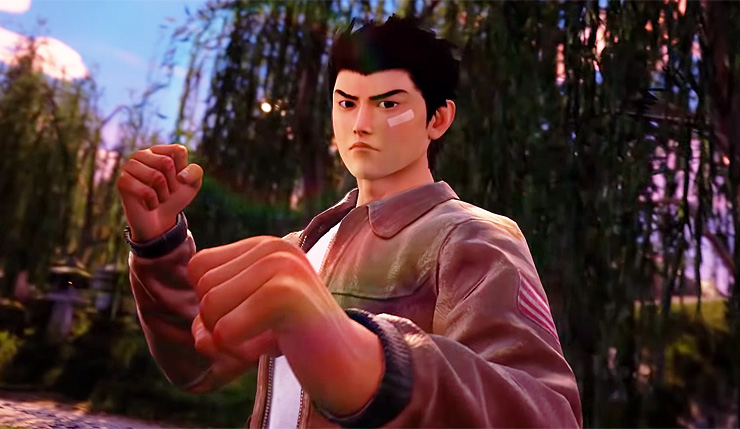 Believe it or not, Shenmue III is set to launch in just a few short months, and today series creator Yu Suzuki took to the stage at the Reboot Develop Blue industry event in Dubrovnik, Croatia. If you’ve got an hour to spare, you can check out the entire Suzuki interview below, or you can scroll on down for our recap of some of the key points covered.

Suzuki started the interview by discussing some of his broad philosophies about open-world game design, saying he prefers to focus on player choice and the overall feel of the world, rather than size and exacting realism (perhaps a bit of a shot at Rockstar Games and Red Dead Redemption 2 there). Overall, the world of Shenmue III is being shaped by the development team’s strengths – for instance, one key dev is really interested in boats, so they’re a major part of the game.

Suzuki also got a bit more specific about how Shenmue III actually works. The game will have a circular economy, in which you will use money to buy tokens, play minigames, get prizes, then sell those prizes at the pawn shop for more money (basically, it’s the way pachinko gambling works in Japan). There’s also a new unifying mechanic, where basically everything you earn and collect unlocks new combat skills in your Skill Book. The goal is to make sure everything you do in the game is connected and progresses your character in some way.

Suzuki shared a number of screenshots, and infographics describing Shenmue III’s systems during the interview, some of which you can check out below (these were captured off the stream, so apologies for the slightly iffy quality)…

Finally, Suzuki shared a bit about the game’s combat, saying there will be four different difficulty levels, Easy, Recommended, Master, and “Don’t Play This.” Easy mode will let you set up to five automatic skills, which can be activated with a single button press. You can also practice your skills in the dojo. Oh, and yes, the infamous forklift returns.

Shenmue III is scheduled to PC and PS4 on August 27. Whether Shenmue III actually turns out to be good remains to be seen, but it does seem as if an actual cohesive game is coming together, which is kind of amazing in its own right. What do you think? Excited for the series’ long-awaited return?