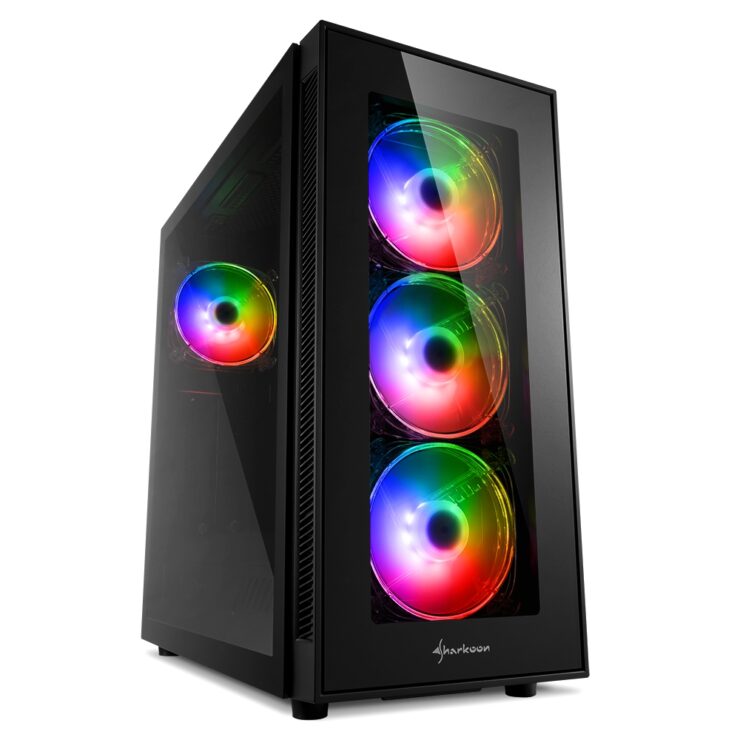 Sharkoon has announced a revision to the original TG5 RGB, this revision gives the case a new name the TG5 Pro RGB and also changes out the original fans to ones that have different RGB modes installed. The TG5 Pro RGB has some fantastic features like the three RGB fans pre-installed in the front, the large spacious interior, and the multiple tempered glass panels, this includes the front panel as well as a tempered glass side panel.

Sharkoon has announced a revision of the TG5 RGB, which changes the original fans to fans that feature RGB lighting, this new case is called TG5 Pro RGB.

The three pre-installed 120 mm fans, which are clearly shown by the tempered glass front panel, allow this case to have a look of radiance. Alongside the initial three fans, there is also a fourth pre-installed 120 mm fan located in the rear of the case to act as an exhaust. This rear-mounted fan also shines the RGB light through the interior of the case, further illuminated the powerful components installed. 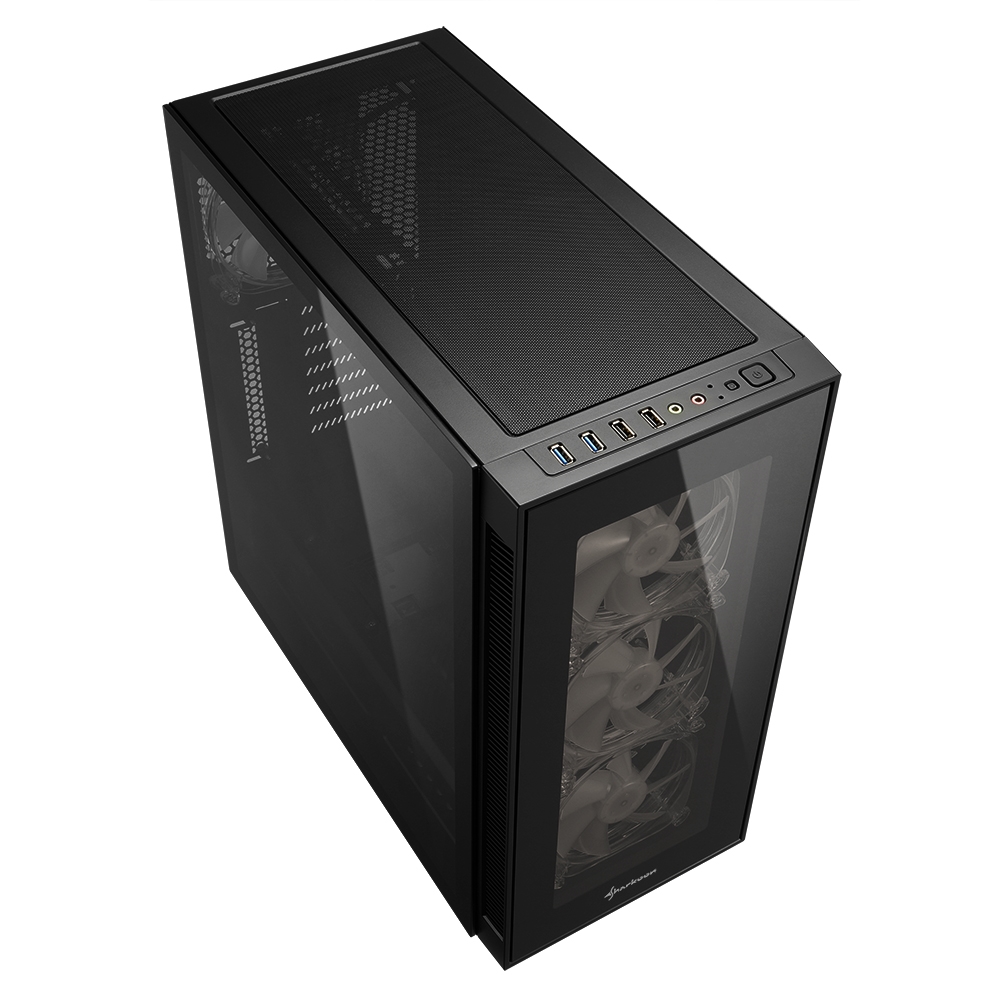 The ample interior space allows for a wide range of compatibility with high-end computer components. This case features support for a graphics card with a length of up to 400 mm, and this case also can support a CPU coolers with a height of up to 167 mm. The installed power supply can feature a length of up to 205 mm, alongside that, this case can accommodate up to three 3.5" HDDs or four 2.5" SSDs. This case features support for Mini-ITX, Micro-ATX, and ATX motherboards. This sizeable spacious interior also allows for a very tidy interior of the case with the power supply and the HDDs/SSDs easily concealed in the power supply tunnel and behind the motherboard tray. This case also features multiple cable pass-throughs, which ensures a tidy appearance.

This case features two tempered glass side panels, one located on the front of the case to allow the three pre-installed 120 mm fans to shine the RGB through easily and one side panel which allows for easy viewing of the internal components while still allowing for a clean aesthetic.