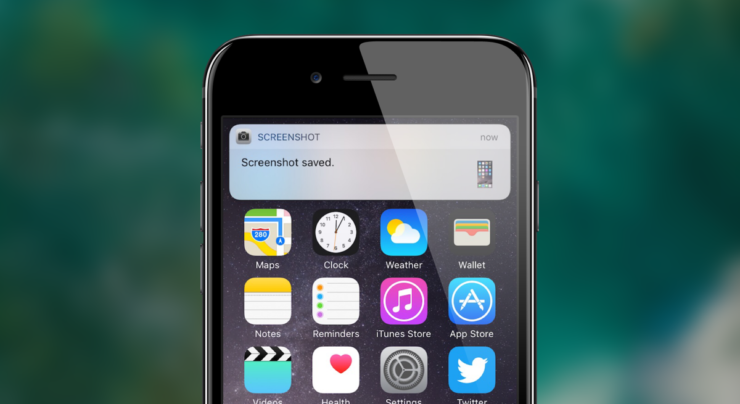 Using a new jailbreak tweak called ScreenshotBanners, iOS 10 will show you a notification whenever you take a screenshot alongside a quick preview.

Taking a screenshot on iOS is as simple as pressing the Home and Power buttons simultaneously. But the problem is, whenever you press that combination, you don't get much to go along with apart from a flashing screen to confirm that a screenshot has been taken. A little preview for a short while can go a long way, if you are asking me. But if you add a notification confirming your action, that would be absolutely golden.

Thanks to a new jailbreak tweak called ScreenshotBanners however, that is made possible. With the tweak downloaded and installed from the BigBoss repo in Cydia, whenever you take a screenshot, iOS 10 will show you a quick notification that a screenshot has been taken alongside a small preview of the screenshot itself. It works in an elegant little fashion and there are no settings to configure at all. Just download and you are ready to go.

This tweak is handy for those who love taking screenshots a lot, or those who crave to take that perfect screenshot every single time. Personally, there have been instances where I thought I might have taken the perfect screenshot, only to realize later on that I missed the cue entirely when everything was supposed to go through smoothly.

Give the tweak a try right away, and I'm certain you will get the hang of it. Again, as mentioned above, the tweak is available to download from the BigBoss repo in Cydia. This also means that you must have a jailbroken device at hand in order to take advantage of it.

Although I have no real complaint against how iOS handles screenshots, but an Android-like system for notifying users and a quick preview can make the entire process even better. Let's just hope we see something similar make its way to iOS 11, which is due for an announcement this June and subsequent release to the end user later this year.