If you want to make someone lose their minds in no more than a second, the best option other than to send them a package of poop is to send them a packet filled with glitter (Yes, you read that right). This abominable feat can be done for only $9.99.

Want to get even with your enemies? Here's the way

The website www.shipyourenemiesglitter.com provides you with the best thing to annoy the person you don’t like. So if by now you have decided to see someone on the other side of the glitter mess, just go the above mentioned website and do it.

When you visit their website, you’re immediately welcomed with this:

“Want to piss off someone you dislike for only $9.99? Let us send them some stupid ******* glitter that is guaranteed to go everywhere.”

The homepage with a very straightforward message, they really don't like people do they.

It works in a process with four steps, starting off by paying the website their fee. Then the website stuffs the glitters into an envelope. After stuffing it in an envelope, they ship the glitter to your given address. Once the glitter reaches the destination, the company's task is over and now the person you want to piss off is going to unsuspectingly open the envelope to a glittery surprise.

This is how the company defined the process on its website:

“We ******* hate glitter. People call it the ****** of the craft world. What we hate more though are the soulless people who get their jollies off by sending glitter in envelopes.

So pay us money, provide an address anywhere in the world & we'll send them so much glitter in an envelope that they'll be finding that **** everywhere for weeks. We'll also include a note telling the person exactly why they're receiving this terrible gift. Hint: the glitter will be mixed in with the note thus increasing maximum spillage.”

It will be hilarious to see your enemy, or friends who you want to annoy, finding glitter everywhere for months on end. Coupled with this, the greatest feature is the note that it sends with the envelope full of glitter (Oh only if you could see their face). I've had really bad experiences with glitter, on my birthday my friends devilishly poured glitter on me, so I for one can sympathize with those who have or will receive this abomination. Unless people get carried away I don't see any harm in sending someone glitter but make sure when you receive an anonymous and rather suspicious looking envelope send it to your nearest enemy. 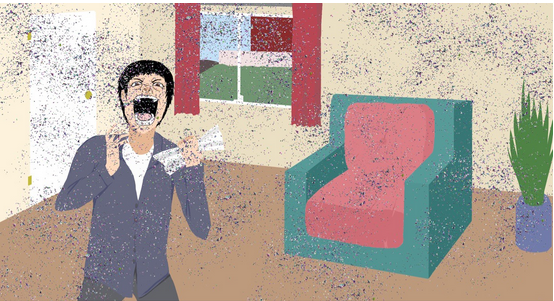 I'd be furious if someone sent me glitter anonymously! that stuff is hard to get rid off.