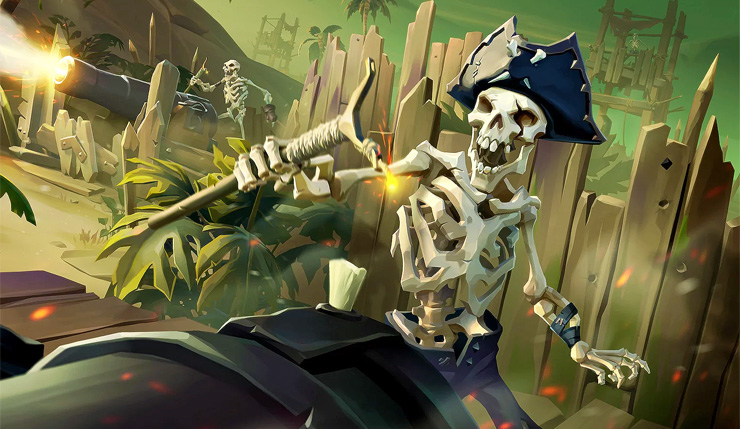 Following a year of bigger, yet less-frequent updates, Rare’s Sea of Thieves will be focusing on regular monthly updates going forward. This kicked off last month with the Black Powder Stashes, and now the latest update, entitled Dark Relics, has dropped. As the name implies, Dark Relics asks players to retrieve a series of powerful relics from those pesky skeletons, but the update will also include some permanent additions to Sea of Thieves, including improved hit detection, harpoon-equipped rowboats, a new type of chest, and more! You can check out a trailer for all the new Dark Relics additions, below.

Here’s a rundown of all the new content and features included in the Dark Relics update:

That’s a lot of new stuff! Of course this latest Sea of Thieves update also comes with the usual assortment of bug fixes and balance changes. You can check out the full, unabridged patch notes, right here.