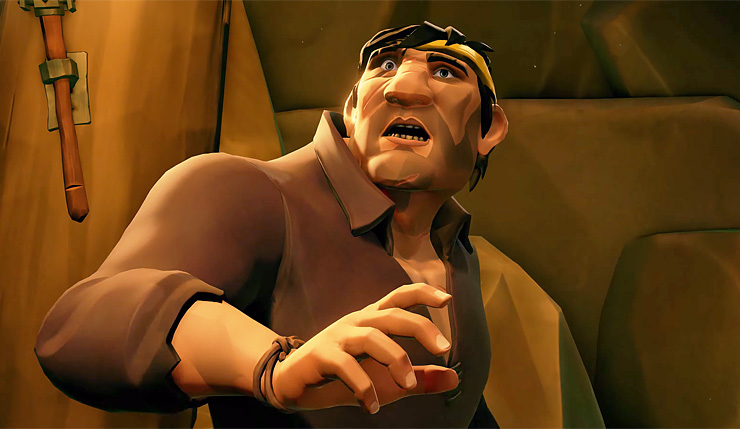 Following a year of bigger, yet less-frequent updates, Rare recently announced Sea of Thieves would be focusing on regular monthly updates going forward, and now the first of those updates has arrived. July's Black Powder Stashes update tasks players with retrieving a series of gunpowder caches hidden around the world, which can be traded for money and status. Of course, the update also comes with various new rewards, gameplay tweaks, and more. You can check out a trailer for the Black Powder Stashes update, below.

Black Powder Stashes voyages can be obtained from Duke in any tavern and task pirates with retrieving gunpowder caches hidden across the Sea of Thieves by skellies who have mischief in mind. There are two voyage variants – Reaper’s Black Powder Runs and Black Powder Smuggler’s Runs – and recovered stashes can be turned in to the Order of Souls, Merchant Alliance or Gold Hoarders for a reward of coin and reputation. Pirate Legends can cash in with Athena’s Fortune too! Completing voyages will earn new commendations, unlock new titles and an exclusive Reaper sail, flag and Mercenary figurehead for your ship

Sea of Thieves is available now on PC and Xbox One. You can jump into the Black Powder Stashes update right now.