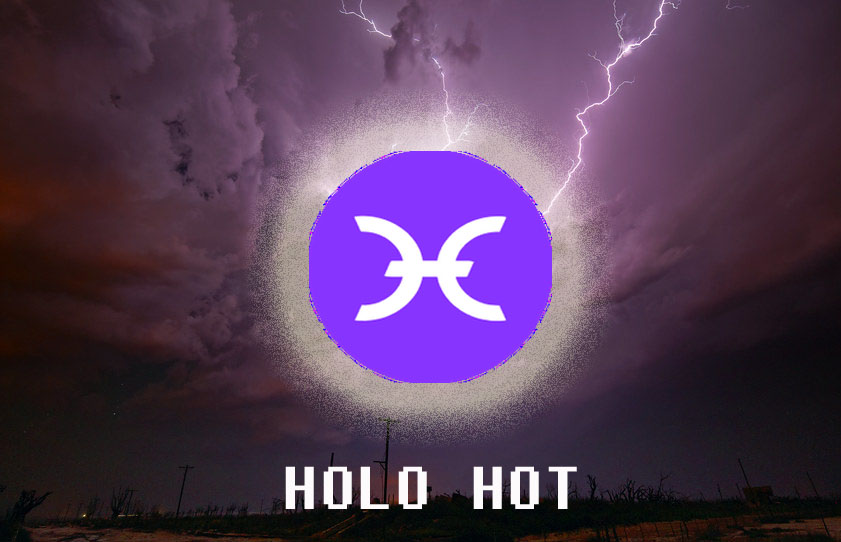 Holo (HOT), just like its ticker symbol, is a hotcake among altcoins right now. After recording year-to-date gains of 2,341 percent, the coin’s rally appears to be nowhere close to ending.

Holo powers the Holochain, a database for peer-to-peer apps. These apps are colloquially known as distributed applications or dApps. Unlike a conventional blockchain, where every node (end-user) hosts a copy of the ledger and has to verify any alterations to that ledger, each Holochain user hosts a local hash chain with an immutable history of actions or amendments. Every local hash chain is then published on a shared database – known as Distributed Hash Table (DHT) – where no single user has to host the entirety of the database. Thereafter, any amendment that was made to the local hash chain is either validated or rejected by a randomized subset of peers based on a set of validation rules. In contrast to a blockchain-based network, Holochain’s efficiency actually increases with the total number of nodes as the overall workload (validation and storage) of each user decreases.

Another star feature of the Holo coin relates to Holochain’s versatility. This database can be used to host social media apps, supply chain applications, rating systems, peer-to-peer platforms (Airbnb), etc. What’s more, dApps can even function offline as changes to the local hash chain are committed and then published on the DHT asynchronously.

With the primer out of the way, let’s discuss Holo’s prospects. The altcoin surged at the beginning of April as Holo Limited was granted a US patent for the rrDHT networking innovations within Holochain. While detailing the specifics of this patent, the company had noted:

“rrDHT is a peer-to-peer networking design implemented in Holochain that describes a system of nodes communicating according to a relaxed, agent-centric distributed hash table.”

While Holo’s price has moderated since the fervor in early April, we believe that this rally is just getting started. First, altcoins have collectively turned the 2017 highs into solid support. When last time this occurred with 2014 highs, the altcoins had surged by 27,000 percent in one year!

As far as Holo’s specifics are concerned, Bitcoin’s energy inefficiency has become a perennial topic among its detractors. With the cryptocurrency consuming as much energy as a medium-sized country, this inefficiency remains a point of contention. In this backdrop, Holo is on an entirely different playing field. Even when compared with Ethereum (ETH), Holo comes out far ahead in terms of efficiency while offering the same level of versatility, if not more. Consequently, given the potential for outsized gains along with a much more favorable uptake outlook from environmentally conscious consumers, we believe that Holo’s prospects remain very bright.