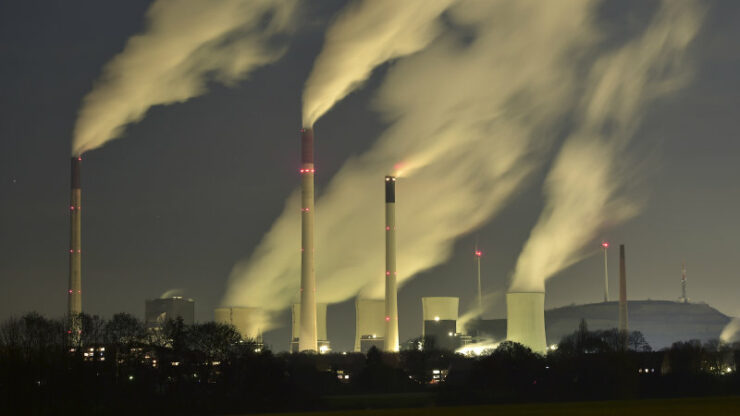 The world is facing innumerable problems due to the excess of carbon dioxide in the atmosphere. Problems like the greenhouse effect, global warming, and oxygen depletion. So it becomes a big deal when scientists accidentally discover a new way of converting carbon dioxide into ethanol.

How important is this? Picture this: if all the carbon dioxide from the atmosphere is converted to ethanol, which is already being used as fuel, on an industrial scale, guess how clean our air would get and how many problems would that solve. So much so, that it would quite literally change the world.

Carbon dioxide has been converted to ethanol before by a number of processes. But this new accidental reaction is proven to be the least energy-intensive process.

"We were trying to study the first step of a proposed reaction when we realized that the catalyst was doing the entire reaction on its own,” said Adam Rondinone from the US Department of Energy’s Oak Ridge National Laboratory.

Adam and his team had put together a catalyst consisting of copper, carbon and nitrogen. This was achieved by embedding carbon nanoparticles in nitrogen laced carbon spikes. They then applied a current of 1.2 volts, which caused the catalyst to turn carbon dioxide into ethanol with small amounts of water. Watch the video here.

This process took very little energy to achieve this groundbreaking result. What is even more amazing is that it yielded a great amount of ethanol when they were expecting a meager amount of methanol instead. Every year, US uses billions of gallons of ethanol in gasoline. This process can provide them with such great amounts.

"Ethanol was a surprise - it’s extremely difficult to go straight from carbon dioxide to ethanol with a single catalyst,” said Rondinone.

Researchers were able to explain the high-yielding ethanol results due to the flexible nanostructure of the catalyst, which could be easily manipulated. Also, it works on room temperature so it can be easily created with the least energy input.

The potentials for this reaction are to be further explored for much more efficient results. If we are lucky, we may be able to see the carbon dioxide depleting from our atmosphere soon enough.