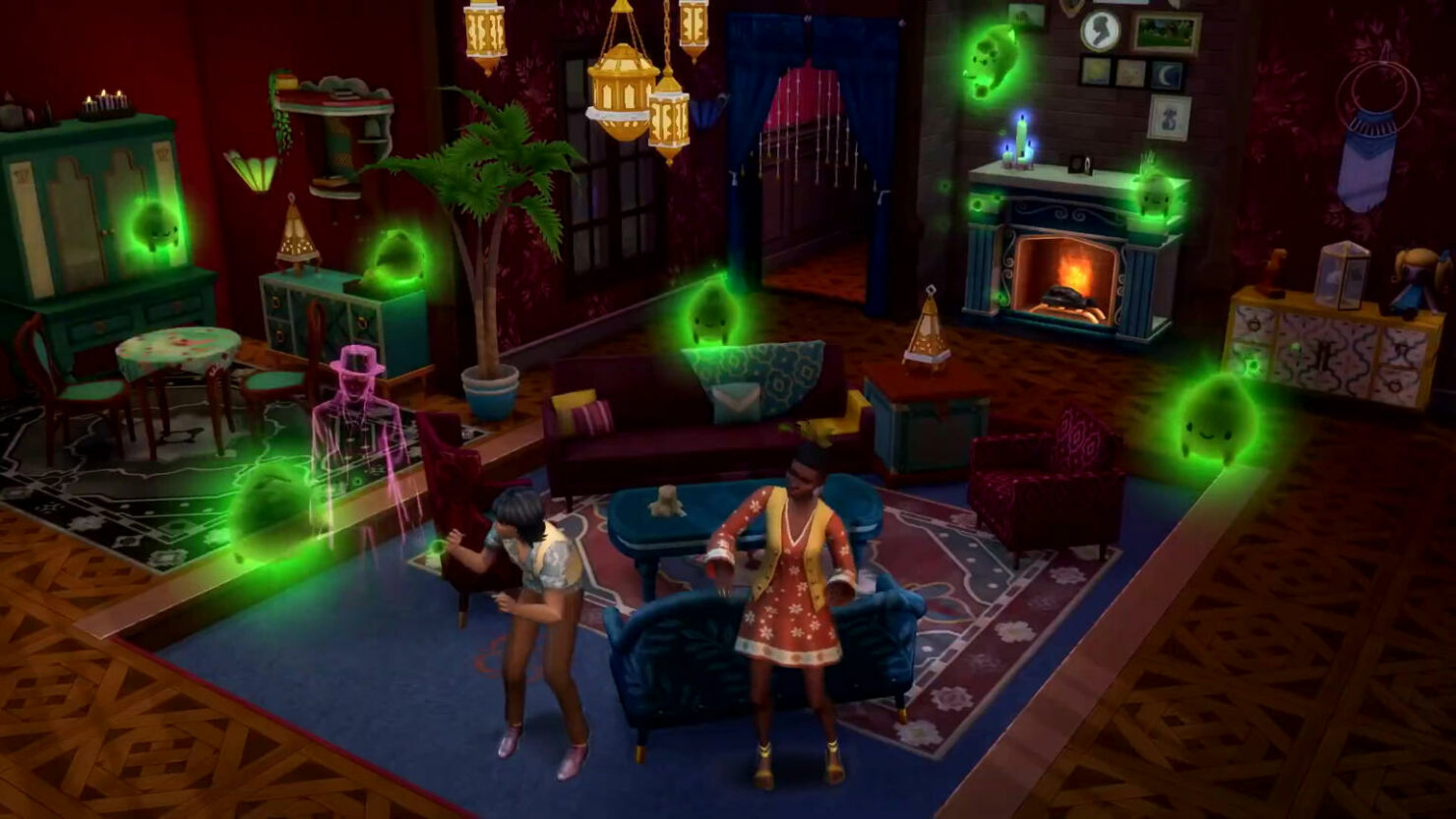 It may only be January, but The Sims 4 is getting spooky with the announcement of The Sims 4 Paranormal Stuff Pack, which comes bringing several scary surprises to everyone's favorite sim game. Who said you had to wait until October to scare the wits out of people?

This paranormal new pack will put Sims in creepy situations as they find themselves dealing with new ghostly roommates in Haunted House lots. They're haunted, as the name implies, with plenty of different spirits that go bump in the night. But there's a solution. Sims don't have to sit and take all this creepy weirdness.

Sims who choose to live in these haunted lots can have seances to summon Guidry the Ghost to help them figure out how to live alongside the specters that have taken up residence in the area around them. They can also learn to chat with the dead, clean up their homes to get rid of unwanted spirits, or just let the ghosts run wild. It's really up to you and what you're comfortable with.

Summoning Guidry is great for mastering the new Medium skill and eventually earning a Paranormal Investigator license to help other Sims with their, uh, spiritual problems. But really, who wants to live around a bunch of ghosts doing whatever they want to day and night? At least if you choose to do so,  you can recruit the skeleton maid Bonehilda for some assistance.

Ready to make your Sims' lives a little creepier? You can pick up The Sims 4 Paranormal Stuff Pack Xbox One, PlayStation 4, and PC on January 26. Check out the official blog on the Sims website for additional scary details. Just try not to be too scared when you venture out into the haunted lots. They don't seem particularly welcoming to newcomers, after all.