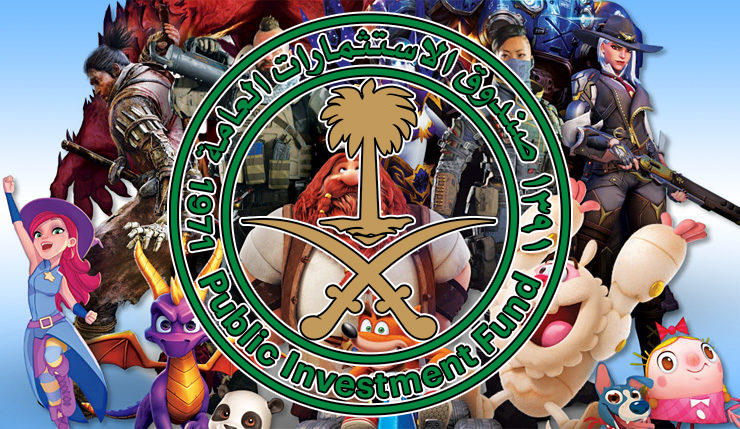 If I were to say that video games are big business, I'd be rightfully mocked for pointing out the obvious. However, when you look at the entities dipping into video games, even for smaller amounts, it becomes ever more evident how big these expect games to grow and expand. Propelled forward by COVID-19 lockdowns, games have grown and expanded faster than ever before and as more people get into games, further pushes forward by those well-positioned are inexorable. This is certainly something the Saudi Arabia Wealth Fund (Public Investment Fund) seems to be expecting.

In a filing made yesterday, Public Investment Fund disclosed large holdings in three major video game companies, with a combined investment of $3.28bn. Activision Blizzard is the largest of these investments, the wealth fund having purchased 14.96m shares, with the fund purchasing 7.42m shares of Electronic Arts and 3.97m shares of Take-Two Interactive. These investments aren't small by any sense of the word, making Public Investment Fund the sixth-largest investor in Activision, the sixth-largest in Electronic Arts and the fifth-largest in Take-Two. How their large stake will impact the companies remains to be seen - the fund likely to remain hands-off while profits and share prices trend positive.

This move also follows the aim of the Public Investment Funds to diversify and expand into new sectors, a push announced by Prince Mohammed bin Salman last month, aiming to wean the country away from oil dependence, driving up non-oil GDP. This can also be seen through sizable investments in tech companies like Uber, Carnival and Live Nation, the Public Investment Fund being the fourth-largest shareholder in Uber.

Looking at the video games sector, the spate of investments and acquisitions will appear to be happening at a breakneck pace, with a significant amount of consolidation following a spate of acquisitions, as well as further investment in a wide number of companies.

Last year marked the announcement of Microsoft agreeing to acquire Zenimax at $7.5bn. Embracer Group has been on a spate of acquisitions for years, recently announcing three acquisitions for a possible combined price of $2.5bn. Electronic Arts have reached an agreement to acquire Codemasters. All of this is on a backdrop of Chinese publishers like NetEase, particularly Tencent, taking both large and small stakes in dozens of companies.

As the industry expands and diversifies, as more people gain access to consoles and mobile phones, high-speed internet, and the resources and time to buy and play video games, the larger companies are consistently putting themselves in a position to benefit from this, which will likely see more interest from those traditionally outside of the video games industry, as well as increased interest from those within and looking to expand.