The bold move by one of the leading smartphone companies in the world, Samsung, may have proved to be a little too much for them to handle. Samsung launched their ‘Ultimate Test Drive’ promotion just this Friday and it seems that they are already out of stock. Whether it is due to having less number of smartphones in stock, or too many Apple users wanting to switch to the test phone for a month. No one knows for sure but it is surely a case where the demand has exceeded the supply and why wouldn’t it? It was too good an offer to pass, as the conglomerate was offering their latest state of the art phones The Galaxy Note 5, Galaxy S6 Edge+ and the Galaxy S6 Edge. 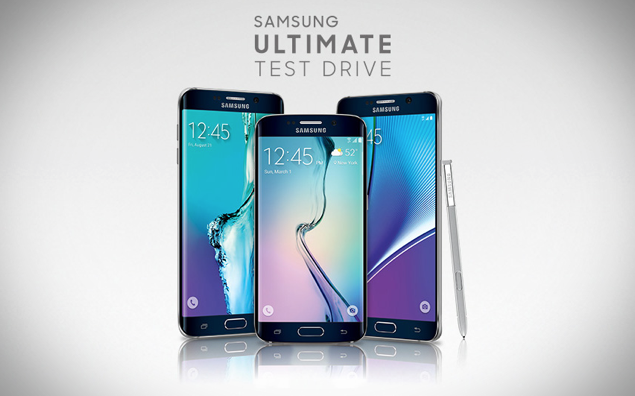 The test drive has come to a halt temporarily

As good as an offer as it was the company should have backed up their supply, or maybe they weren’t expecting such a huge response (but of course they were!) so then why did they stop the program so quickly? It may have just been a limited time offer but those lucky people who got their hands on the phone will be using them for a month and practically for free, as the promo said:

“For just one dollar, you can try one of our latest Samsung phones for 30 days with no obligation. Your test drive kit will come with the phone of your choice, an activated sim card, and a step-by-step guide to help you start your test drive. After 30 days, if you buy a qualifying Samsung device, there’s even more love in store for you.”

And all you had to do was visit their site from your iPhone select a carrier, select the phone and you would be eligible for one. But now they have put up a side note on their promo thanking people for the overwhelming response and stating that:

“Due to the overwhelming demand, we are temporarily out of test drive phones. Please keep checking back for available phones.”

At least they’re keen on providing more phones to users but they better hurry if they want their little experiment to work as the new batch of iPhone will be here soon. This is a great way to get people familiar with the device and maybe even get them to switch, which is obviously the ultimate catch, but then again Samsung might want to replenish their stocks as soon as they can and this time they should have more than a few in spare so that something like this doesn’t happen again. You can keep visiting the site and hopefully you’ll land one when the company restocks.