Samsung has rolled out Lollipop updates for many of its smartphones ranging from the current Galaxy S6 to the 2013 flagship, the galaxy S4. Samsung has not forgotten its less popular models as well for instance the S5 Active and S5 Sport which have also received the Lollipop update. However, it remains to be seen what does Samsung has in store for the Galaxy S5 Mini variant. 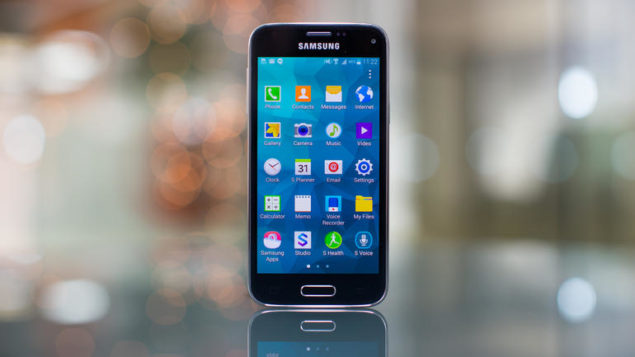 Samsung's Galaxy S5 Mini is undoubtedly an astounding smartphone for users who crave the smaller form factor with powerful internals and a hefty brand. Though, the S5 Mini was going through a really tough time due to no available report or rumor from Samsung to put the latest Lollipop OS in it. The hype had gathered for a week until now, the Galaxy S5 Mini is finally getting a Lollipop 5.0.1 Update.

The Lollipop release news was published on Samsung Denmark's official website that had a few smartphones with their Android versions. To our surprise, the S5 Mini was one of them with Android version of Lollipop 5.0.1 update. Even though it is confirmed that the update will roll out on the Galaxy S5 Mini, there was no news on when this might happen.

The Galaxy S5 Mini hosts a 1.4GHz quad-core processor with 1.5GB RAM. It has an 8 megapixel rear shooter with a 4.5-inch diagonal super AMOLED display. Basically, the Galaxy S5 Mini is a mediocre sibling of the original Galaxy S5 which has its own benefits. The specifications might not give you a jerk but Samsung has kept its eye on the software. Its major selling points are finger print scanner, a heart rate monitor and power saving modes. Now with Lollipop coming soon, this smartphone has a lot more to show.

Previously, Samsung has said on its French Twitter page that the Galaxy S5 Mini should be getting a Lollipop update on the Quarter 2 of 2015. So judging by the post, the time is almost here and we can expect the update to roll out any time. So if you own a Galaxy S5 Mini and you're tired with KiKat, the hold your horses because Lollipop is finally coming with a lot of changes and improvements. Do stay tuned for more this. As for now, let us know in the comments what features do you guys want to see in the Lollipop 5.0.2 update.