Samsung’s 980 PRO SSD Spotted With A 2TB Capacity On British e-Tailer, SCAN For A Price Of $590 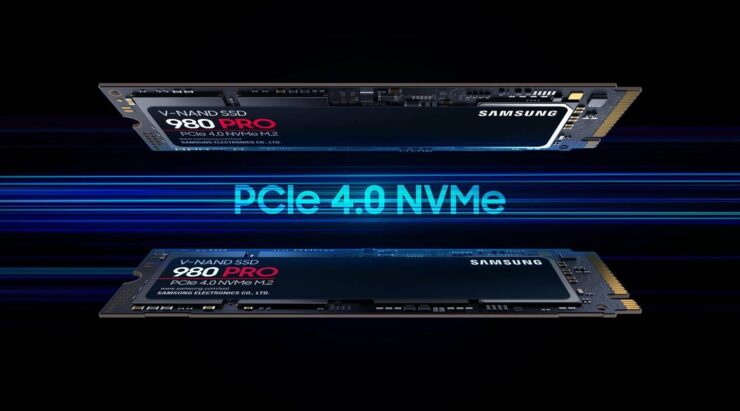 Whenever anyone thinks about the best storage options, the first name that comes to mind would be Samsung and its lineup of solid-state drives. A couple of months ago we saw the release of Samsung's next-generation 980 PRO SSDs and we very excited to see Samsung take advantage of the PCIe Gen 4.0 interface. At the time, the maximum capacity was 1TB, but that has changed. The 980 PRO now has a maximum capacity of 2TB seen on SCAN, a British e-tailer.

Samsung's Only PCIe Gen 4.0 SSD With 2TB Of Storage Space

The 980 PRO SSD is the successor to the 970 PRO SSD. The most significant upgrade is the drive being PCIe Gen 4.0. This allows AMD's X570 and Intel's Z490 platforms to take full advantage of faster storage. The drive also comes in the standard M.2 2280 form factor. The 980 PRO SSD is the only series of SSDs from Samsung to use PCIe 4.0, so the excitement for a 2TB drive is completely warranted.

Although the 980 PRO SSD in a 2TB format is a huge upgrade for any system, it will come at a hefty price. The listing on SCAN is £443.99, and if we convert that to US dollars, it is around $590. That is quite a high price for the SSD and is great for storing large amounts of games. The performance of the drive has not been listed yet, we can go off the 1TB drive's performance. The 1TB drive has a read speed of up to 7,000 MB/s and a write speed of up to 5,000 MB/s with an endurance of 600 TBW.

Samsung's latest offering is quite an expensive SSD, but for those who have the money and the need for 2TB of the fastest storage, it is certainly a great option. This a no-brainer for creative professionals needing a large drive with excellent speeds.