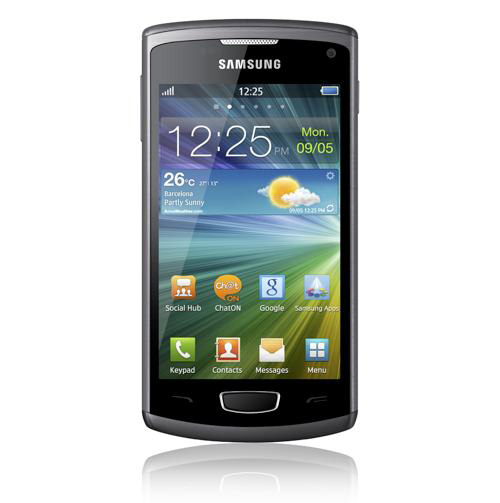 The Samsung Wave lineup uptil now has been a mixed bag for me, one one side the hardware is excellent, I know this since I had a Wave myself, but Bada OS which is Samsung's own OS, isn't very well known and you won't find many apps for the cell or other features which is a deal breaker. Now Samsung has announced that they will be launching the Wave 3 with Bada 2.0 next month. This was announced at Samsung's Bada Develepor Day in India, where the phone is expected to launch in November.

Leaving Bada aside for a bit, I have to say the specs are quite good. It has a 1.4Ghz single core processor, Samsung's brilliant Super AMOLED display, 3GB internal storage with an SD Card slot for added storage, 5MP camera with flash and a 1500mAh battery. All of this is run by Bada 2.0.

The specifications are very good, and the phone looks stylish aswell, but again I fear Bada will ruin a truly great phone, Samsung should really do something about developing applications for Bada to make it more desirable for consumers. Bada has a long way to go before it can compete with Android and iOS or even Windows Phone 7 for that matter.