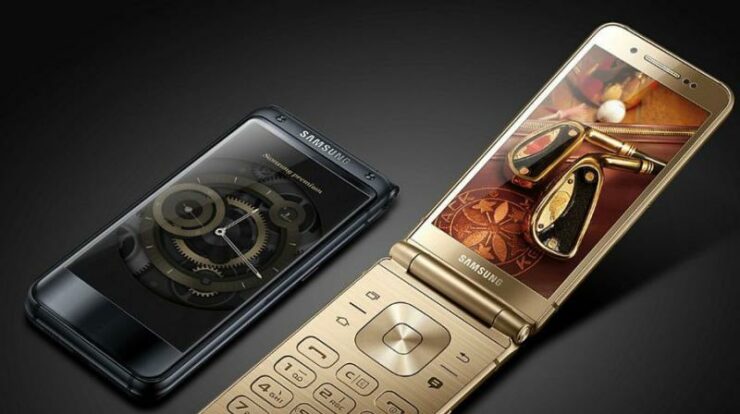 In 2016, Samsung’s Galaxy S7 and Galaxy S7 edge came with the widest camera aperture in a smartphone ever and the company has managed to retake this glory from the LG V30 once more with the announcement of the W2018, the tech giant’s high-end flip phone.

Yes indeed, Samsung is marketing this phone as a flagship belonging to the flip phone category as it gets a Snapdragon 835. Surprisingly, it was not outfitted with an Exynos 8895 but there is still 6GB of RAM present that will aid the device in retaining the apps that have been running in the background.

Coming to the most appealing thing about the device; its camera aperture. According to an image by a Chinese leakster who goes by the Twitter handle UniverseIce, the Samsung W2018 features a camera aperture of F/1.5, beating the LG V30, which to refresh your info, sports a F/1.6 camera aperture.

A wider aperture will translate into the sensor being able to capture more light, hence resulting in better-illuminated images and video in areas where there are limited sources of light. However, there is more to a smartphone camera than by how wide its camera aperture happens to be so let us see if it is able to handle color accuracy and other measures just to see if it can compete with the big guns out there.

The Samsung W2018 also features two 4.2 inches Super AMOLED screens, a 1080p resolution and a mediocre 2,300mAh battery. It does not appear that the company will be aiming to release the phone in other countries, though you can still order one via online retailers.

Looking at the image, Samsung could limit the official release of the W2018 to China and other locations. It is possible that the device could make its way to other countries but it is very unlikely.

What do you think of the specifications of the Samsung W2018 flip phone? Tell us your thoughts down in the comments.