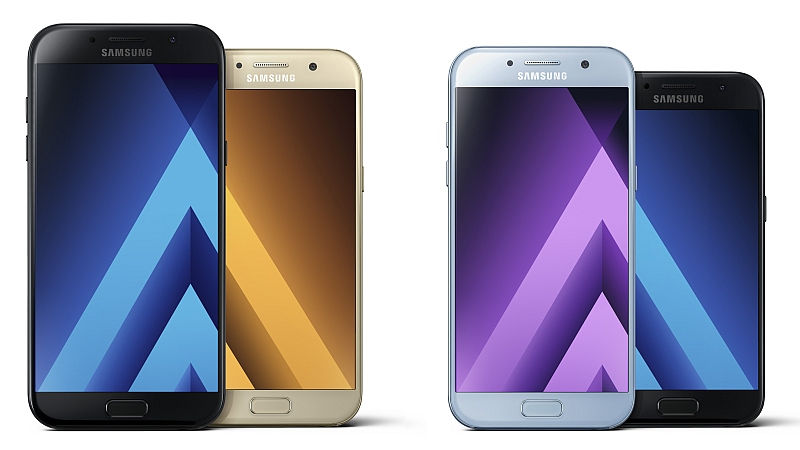 Manufacturers releasing mid-ranged devices often do so with a smaller price that’s more or less accompanied with the consumer’s fair share of compromising on features that you will find on flagship smartphones, but not on these. However, Samsung’s updated Galaxy A 2017 handset lineup shows that you can invest in a mid-ranged device and also get premium features incorporated in them.

Samsung Brings Forth Super AMOLED Display Tech, IP68 Water-Resistance, and Other Impressive Hardware Bumps to Its Galaxy A Smartphone Lineup

Samsung has brought forth its updated Galaxy A lineup and they are divided into a total of three smartphones whose names are as follows:

DJ Koh, President of Mobile Communications Business at Samsung Electronics states that the latest family possess high-quality materials and hardware that improve style and performance those who are on a budget.

“At Samsung, we are always trying to ensure our customers have the most advanced products on the market. The latest Galaxy A series is a testament to this. We integrated our unique approach to design as well as the features Galaxy customers have come to love to provide added performance without compromising on style.”

Where you normally see a compromise on mid-ranged offerings, all of these handsets are IP68 certified, meaning that they will gain the same level of water resistivity as the rest of the company’s flagship devices. However, keep in mind that warranty isn’t going to be covered if water damage is inflicted on any smartphone so be careful around bodies of water. In addition, Samsung also brings Super AMOLED displays for its phones, which was an uncommon sight because not too long ago, such phones were getting incorporated with regular IPS LCD panels.

Furthermore, Samsung states that each of its phones features advanced 16MP rear and front camera sensors (with the exception of Galaxy A3), and with a wider aperture, more light will enter the lens, resulting in better image and video quality. Not only this, but expandable storage is going to become even simpler as the company will allow you to expand your existing storage up to 256GB via MicroSD cards. With storage getting faster and more reliable, you ought to go purchase such storage peripherals.

All phones also feature a Type-C USB output, which is said to take the world by storm in 2017. What improvements do you think Samsung has added to its latest Galaxy A family? Tell us your thoughts immediately.