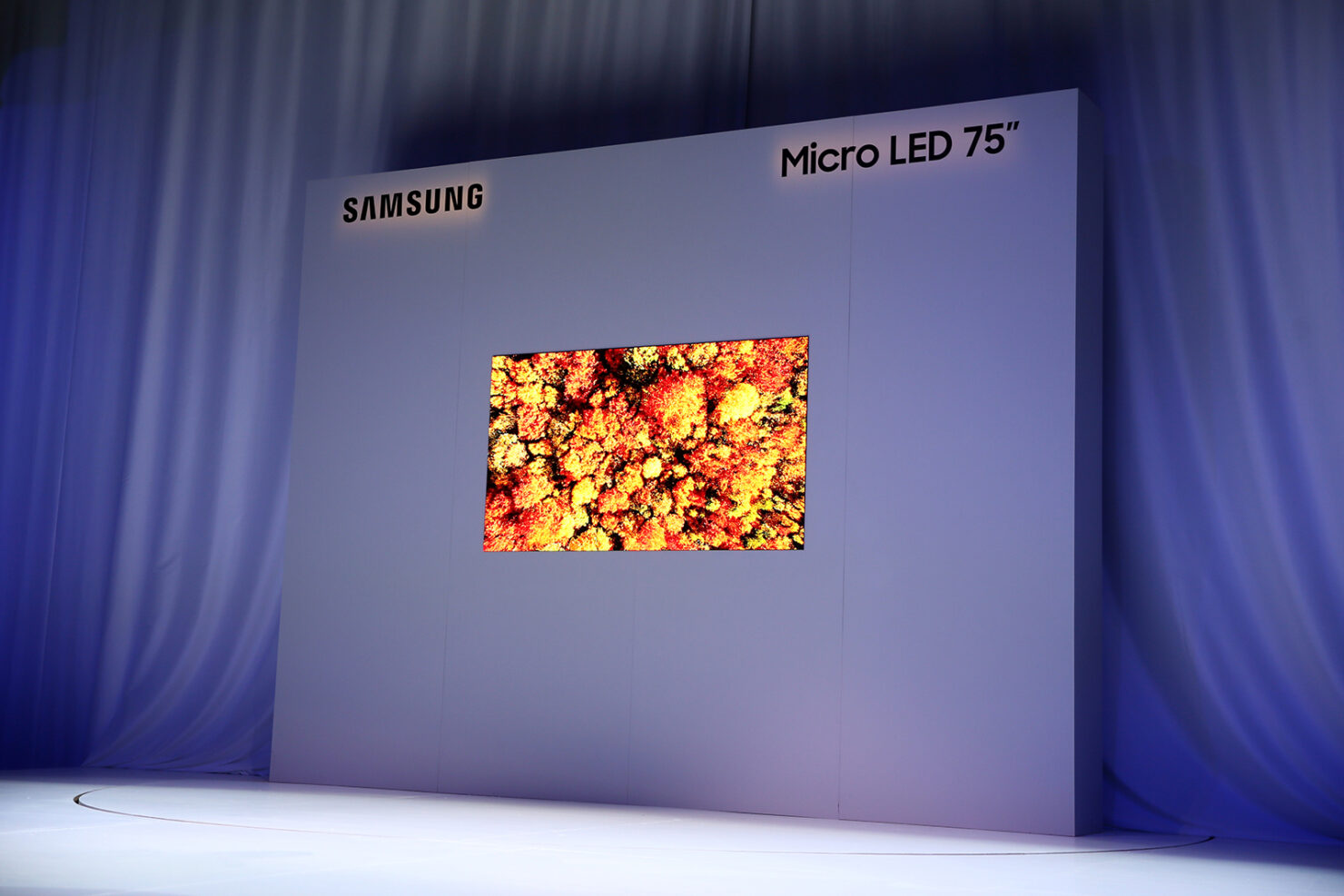 With a compressed version of The Wall microLED modular TV that it showed last year, Samsung has revealed its intent to push out the emerging flat panel display technology into the mainstream market. At this year’s CES 2019 trade show, the South Korea giant is demoing a 75-inch 4K TV that provides a picture quality that is comparable to OLED. Although OLED and LCD offer resolutions up to 8K resolution, microLED could be counted on to provide an impressive image quality without requiring an organic compound and the problems that come with it. This would enable it to offer perfect blacks, class-topping brightness, and a wide HDR color palette without burn-in.

The new microLED TV uses arrays of self-emissive microLEDs to form individual pixel elements. Since there is no need of a backlight, microLED displays can be unbelievably slim. Samsung’s microLED is customizable since it is modular in nature, which means it is similar to building blocks that be combined to create eye-catching large displays. Apart from showcasing the new 75-inch TV, Samsung also displayed a larger version of The Wall this year; a display with a measurement of a mammoth 219 inches. 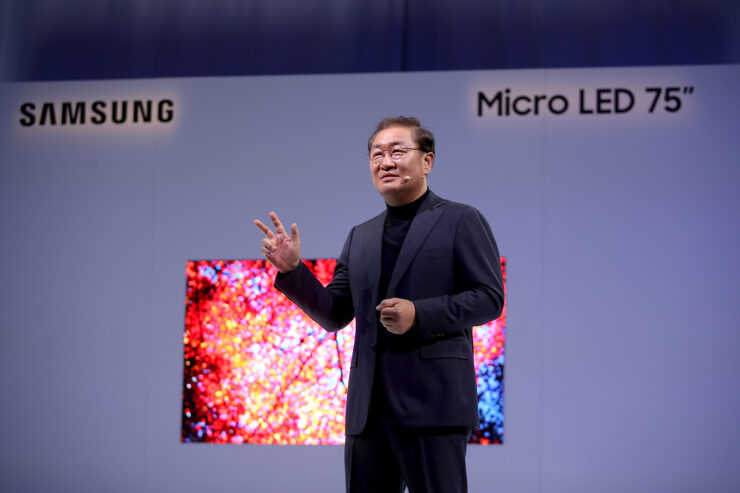 Unlike the first version of The Wall that was 80mm in thickness, the slimmer variant is intended for home use and has been shrunk to 30mm to seamlessly fit into the owner’s living room. Samsung had previously suggested that the microLED TVs might hit the shelves this year. 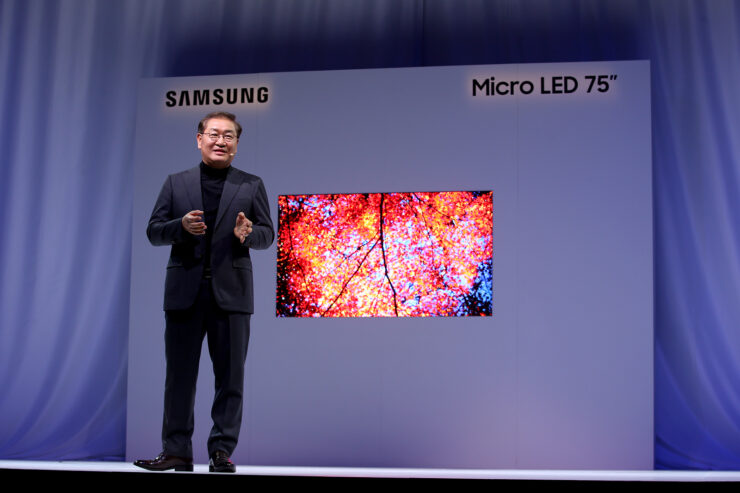 The company hasn’t shared pricing details, but the 75-inch microLED TV is bound to be expensive. That’s because microLED displays can be tricky to produce at scale, as each of the RGB sub-pixels should be positioned very accurately, otherwise, the whole TV could become a dud. 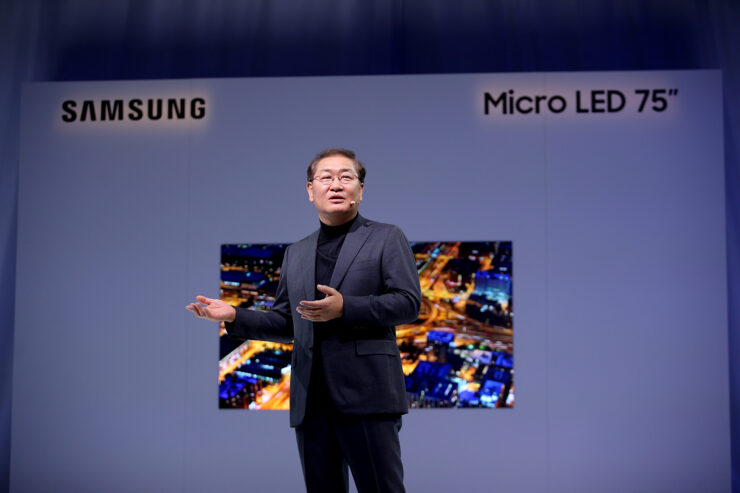 Going forward, we might see more companies release such televisions, such as Apple which is apparently researching the technology currently, but the company’s first range of products to feature this display technology could be the Apple Watch, followed by iPhones. While you can check out our other CES 2019 coverage, you can also see our detailed differences between microLED and OLED technology.