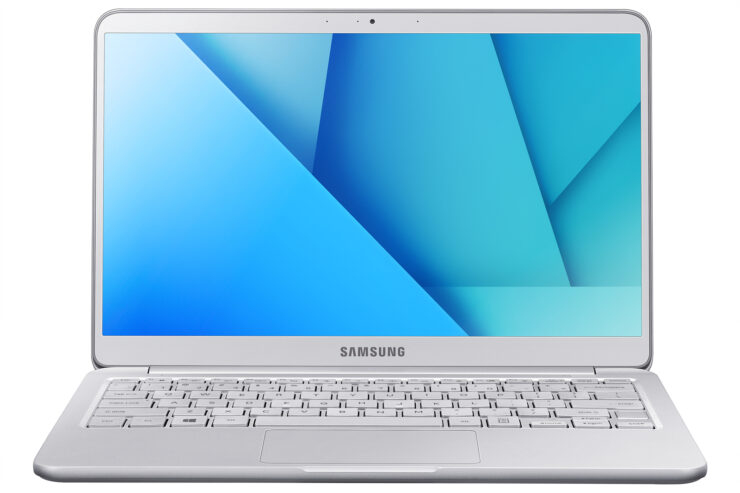 The Notebook 9 lineup from Samsung gets a nice slew of upgrades, meaning that improved performance is definitely on the way inside the same compact form factor as the previous iteration.

Though both notebooks do feature a Type-C USB port, it does not provide support for Thunderbolt 3, meaning that connecting an external GPU enclosure is out of the question. However, the latest family of laptops have been made for users that require immense battery life out of everything else. The battery life of products will always be questioned, but Samsung has said that thanks to the Type-C USB standard, both the 13.3 and 15-inch models will be able to charge in 80 minutes.

In addition, both notebooks also provide support for Adaptive Fast Charging, which gives you up to 2.1 hours of power after being plugged in for just 20 minutes. As for the overall battery life, Samsung states that you will get up to 7 hours for a single charge, which is sufficient but bear in mind, you will have to be careful what sort of programs you’ll be running otherwise that battery life will run out very quickly.

Both notebooks are able to resonate a resolution of 1080p and thanks to the PCIe-based SSD (up to 256GB), notebook performance will spike. However, it has not been detailed if the storage is soldered to the motherboard or not, but if it is then you will not be able to upgrade in the future. More manufacturers have started to adopt this, so make sure you do your research if you’re interested in purchasing one of these.

Both notebooks feature up to 8GB of RAM, but the i7 processor model (only for the 15-inch notebook) can be upgraded to 16GB, so that’s a nice little addition if you’re actually going to make use of this much memory. The pricing details haven’t been stated by Samsung but we’ll update you whenever the company divulges the necessary info.