Previously, Galaxy View received its certification from RRA, which was a clear indication that the large screen tablet could be nearing its launch date. Now, the latest benchmarking report confirms the hardware specifications of the slate, but there are some slight differences that we would like to point out.

Thanks to GFXBench, the hardware specifications of Galaxy View have been confirmed. As expected, the product is going to feature a screen size of a mammoth 18.4 inches with a resolution of 1920 by 1080 pixels. For once, Samsung has taken the right turn in the resolution department by not going overboard with the total amount of pixels being rendered from one of its mobile devices.

Additionally, it also states that Galaxy View is going to be incorporated with 2GB of RAM, which we might add, is far too less for a tablet that is going to be targeted to those who want to immerse in entertainment related activities or simply use the slate for work purposes. However, here is the most interesting thing that we noticed about Galaxy View. While it does not state which chipset is going to be present in it, we earlier reported that the SoC is going to be the company’s own Exynos 7580, which is going to be running an octa-core Cortex-A53 processor at 1.6GHz. 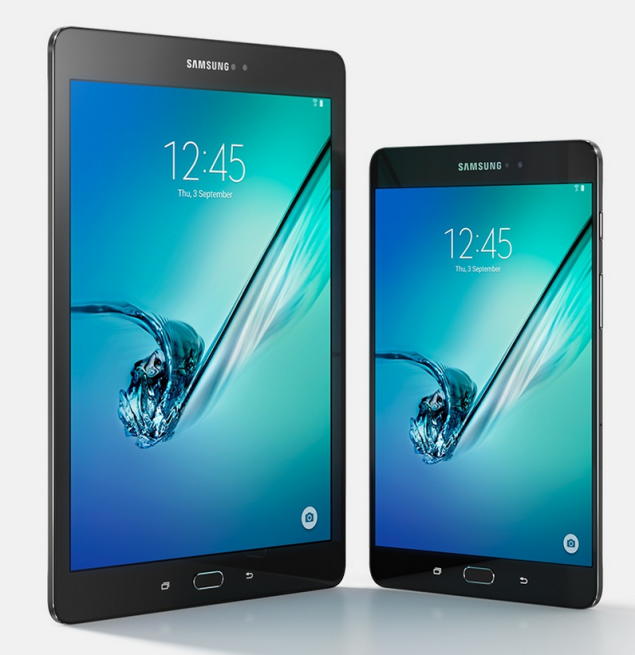 However, if it is Cortex-A53 running at 1.6GHz per core, then we might actually be able to view more performance out of the slate since it will mean that Cortex-A57 will be running at a much higher speed. Unfortunately, these details can only be confirmed once the product has been officially announced. Moving on, Galaxy View is going to be running Android 5.1.1 and depending on its release date, the tablet could be updated to Android Marshmallow automatically. 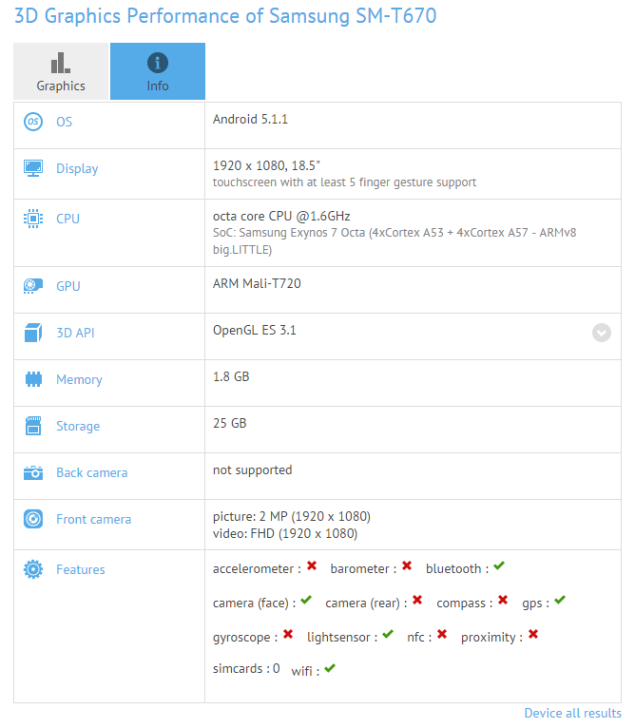 While there were no pricing details provided, an 18.4 inch tablet is not necessarily going to be coming cheap, even though it is incorporated with mediocre specifications at best. What impressions have you created about Galaxy View so far? Do you think it will be a product worth purchasing? Let us know your thoughts.

Galaxy View Gets Certified – Are We Seeing A Gigantic Tablet Very Soon?