Samsung Galaxy Surfboard: Because Using A Regular Surfboard Is Too Mainstream 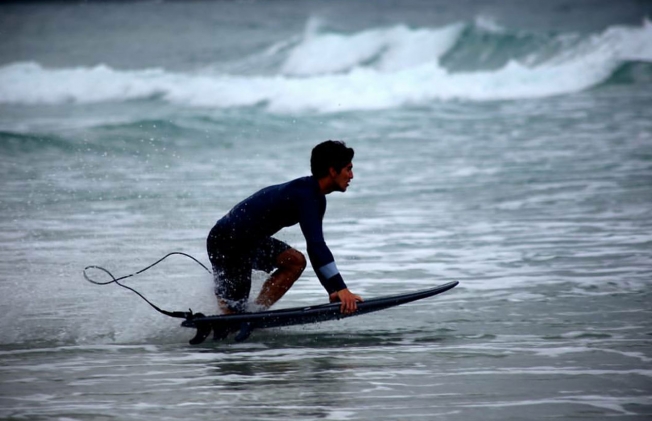 From smartphones and tablets, if we see products such as the Samsung Galaxy Surfboard, it should be the least surprising thing we have seen to date since there are several other products on Kickstarter and Indiegogo that will probably make you scratch your head afterwards.

Looking at the Galaxy Surfboard, Samsung has incorporated some really cool features in the product. While majority of you guys will no doubt be perplexed as to why the South Korean firm, whose forte lies in smartphones, and general consumer electronic goods make such a thing, Galaxy Surfboard could actually provide an edge to its user, especially when it comes to extreme sporting events. We have already seen that drones are being used in the participation of sporting events, and we would not be surprised if such a contraption would be used in future events as well.

Coming to the feature side of things, Galaxy Surfboard was possible thanks to the tag team of Leo Burnett and Johnny Cabianca. On the front side of the surfboard, you will be able to see a LED screen. Though it might be distracting to a large number of surfers, the addition of such a feature might actually be useful. For example, it will display information ranging from wave conditions, as well as the direction of the wind. Furthermore, the tide also depend on the wind speeds, and other calculations will help you to take advantage of the conditions.

Samsung’s Galaxy Surfboard is also capable of displaying tweets from fans to give surfers that much needed morale boost, and helpful tips from the surfer’s coach can also be displayed in real-time to prevent him or her from losing or from falling from the board. 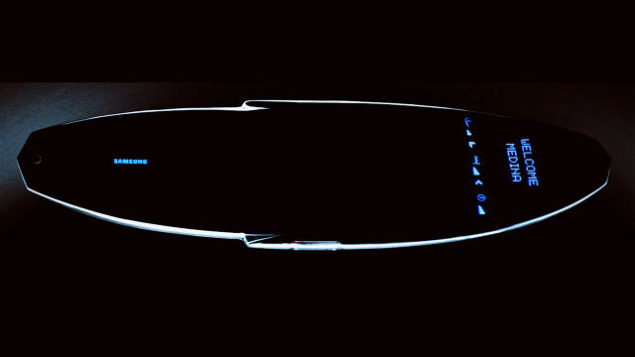 Samsung currently has not specified if its Galaxy Surfboard is going to be sold to consumers, but why would they make such a thing if they didn’t intend it to in the first place? It could very well provide the stepping stone for something greater, but the physical nature of that ‘great’ product currently eludes our information bank. Hopefully, we will get to see more products in the future, and no doubt the competition is also be vary of Samsung’s motives, and could also plan to release their own smart surfboards.

If you want to see how a Galaxy Surfboard is able to perform, then view the video below.