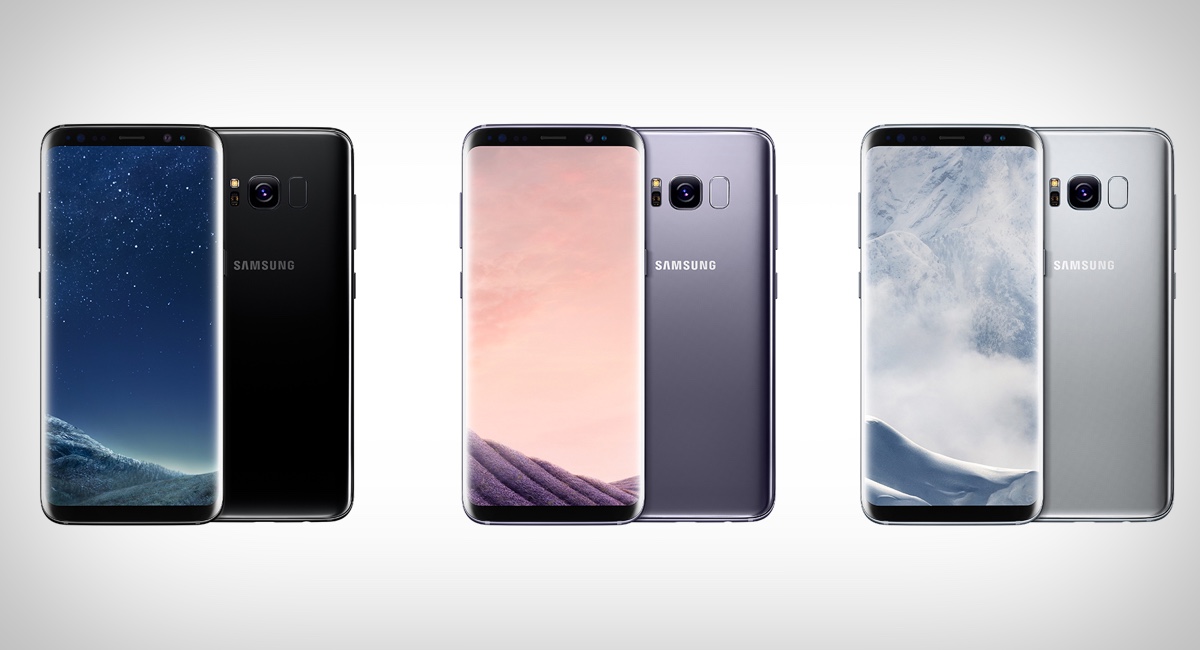 Samsung finally takes center stage for the unveiling of its Galaxy S8 and Galaxy S8+. Ever since it announced its Galaxy S6 lineup, the company is not too keen on announcing just a single version of its flagship and we can certainly expect the very best from this product showcase. Let us get down to this announcement and walk you through everything Samsung debriefed the crowd on for the arrival of its highly anticipated Galaxy S8 and Galaxy S8+.

Coming to the design, Samsung has incorporated a huge makeover to its Galaxy S8 and Galaxy S8+ by removing the physical home button and increasing the total screen-to-body ratio, as you can see in the images. This will definitely appeal to consumers who want a powerful, yet aesthetic wonder present in their pockets.

The Galaxy S8 and Galaxy S8+ also feature a 5.8-inch and 6.2-inch Super AMOLED displays, respectively, with resolution measuring at 2960 x 1440. That is going beyond the QHD resolution and entering the realm of QHD+, which will worry the user because that will mean more pixels are being pushed, stressing the processor and battery. However, you will be pleased to know that both the Galaxy S8 and Galaxy S8+ are going to be shipped in two SoC variants. 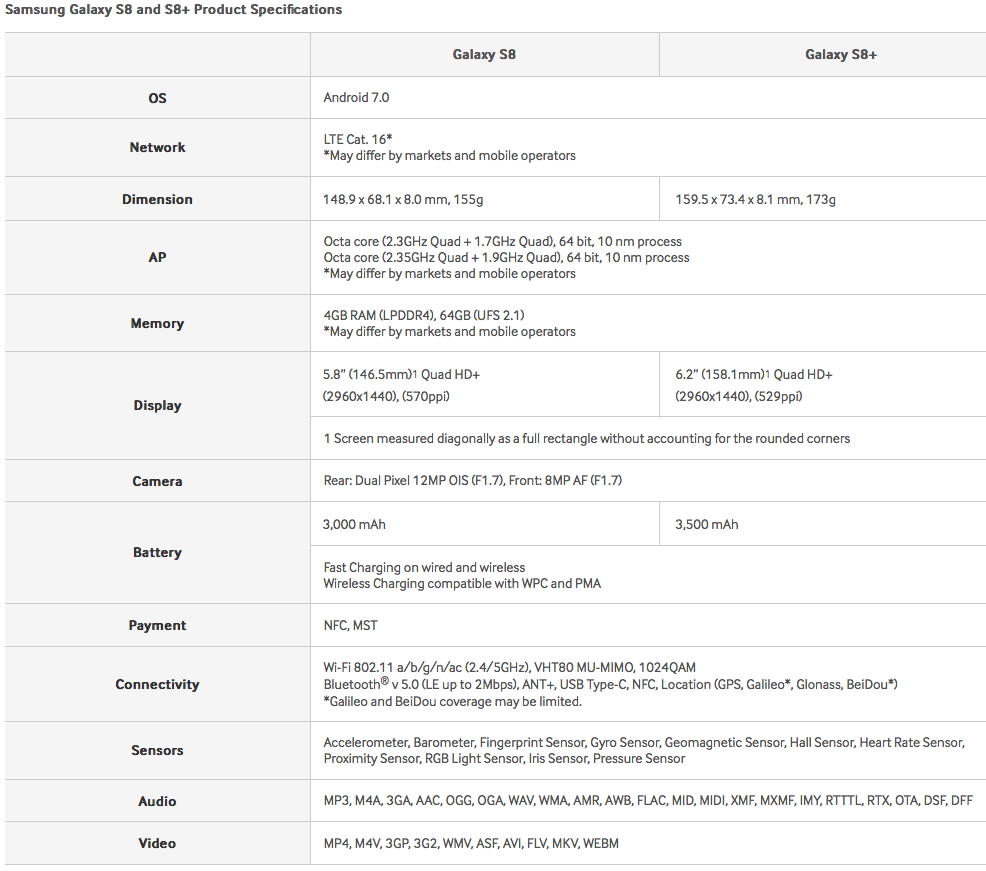 Both phones also feature 4GB of LPDDR4 RAM coupled with 64GB of onboard storage. The storage bit should be an abundant amount but if you want to get more storage, there is also a microSD card slot that can provide expansion up to 256GB. Like its predecessors, both devices are also IP68 water-resistant and provide support for wireless charging and an ‘always-on’ display.

"The Samsung Galaxy S8 and S8+ usher in a new era of smartphone design and fantastic new services, opening up new ways to experience the world," DJ Koh, President of Mobile Communications Business, Samsung Electronics, said. "The Galaxy S8 and S8+ are our testament to regaining your trust by redefining what’s possible in safety and marks a new milestone in Samsung’s smartphone legacy.”

The smaller Galaxy S8 comes with a 3,000mAh battery and the larger variant will ship with a 3,500mAh cell. They also provide support for Bluetooth 5.0 and will receive their power from a Type-C USB port.

Both phones feature a single rear-facing Dual Pixel 12MP camera that features OIS and a F/1.7 aperture. The secondary camera is an 8MP shooter with the same aperture, meaning better performance in low-light.

As for security features, both handsets come with two of them:

There are a total of five color models that you can choose from and in case you were wondering. You can find more details about the color choices in this post. The Samsung Galaxy S8 and Galaxy S8+ will be available to purchase starting from April 21; more details on pricing and availability can be found here.

How do you find the new and improved Galaxy S members? Let us know down in the comments.