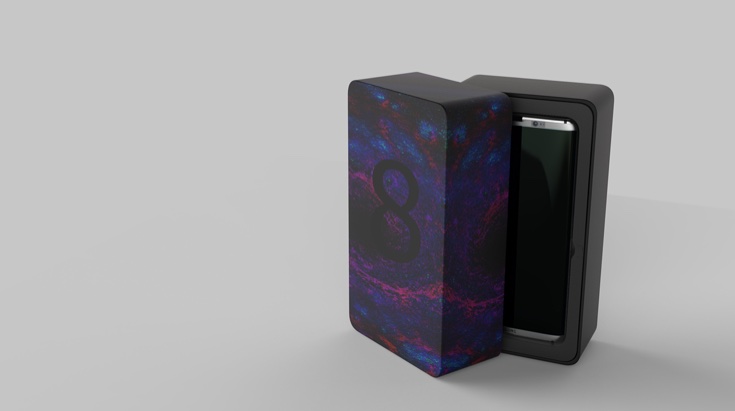 Talking smartphones and mobile gadgets, Samsung's one manufacturer that can't seem to get it done perfectly despite having a near unlimited amount of resources. The Korean manufacturer's launch of the Galaxy Note 7 came with big promises on board. While we didn't see much changes in core specifications from the Galaxy S7/S7 Edge, the tech giant became one of the first to introduce Iris scanning on a flagship device.

Regardless, the device still managed to become the center of controversy. The Samsung Galaxy Note 7 has become one of the most prolific 'exploding' devices in recent smartphone history. Not only has this resulted in panic among users, but airlines have also started to restrict device usage on airplanes. Now, we're hearing about Samsung's plan to counter this failure, through the Galaxy S8.

Taking a look at the current state of affairs, most users prefer to have devices that do not explode, even if they feature an Iris scanner on board. The highly competitive nature of the flagship gadget industry leaves no room for error. Manufacturers often see lasting controversies generated by even the slightest of failures. Apple saw it with the iPhone 6 Plus and 'bendgate' and now it's Samsung's turn with 'explodegate'.

Now, looks like Samsung is looking to cater to this infamy via multiple responses.  The Korean tech giant was quick to disable devices remotely if certain instructions were not followed. Still, negative impact of #explodegate on device sales will be permanent. Samsung will now reverse this through its next flagship launch, the Galaxy S8.

Sources in Korea now claim that the Galaxy S8 will feature a February launch. Analysts believe that Samsung will launch the Galaxy S8 in February.  This will be  month earlier than the Korean tech giant's usual launches of its Galaxy flagship lineup. “Smartphone demands have polarized: advanced and emerging markets, and premium and budget phones. If Samsung’s flagship smartphone launch is delayed to the end of the first quarter of next year, the profitability of the mobile business division could be worsened next year” claim analysts at KB Investment & Securities.

The launch of its next flagship device earlier rather than engage in costly marketing is the right business move for Samsung right now. The Samsung Galaxy S8 is expected to come with a variety of features on board. These include only edge-to-edge variants, a dual camera, an Iris scanner and an all new display for the device. We're sure that more information on the device will surface soon. Stay tuned and let us know what you think in the comments section below.